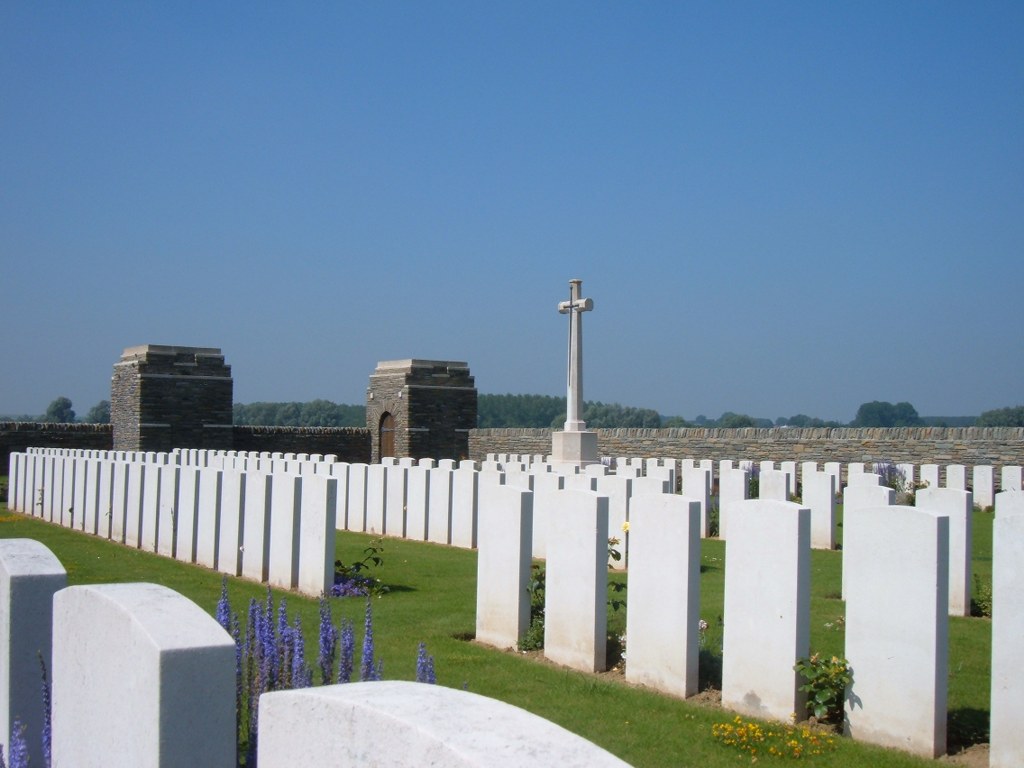 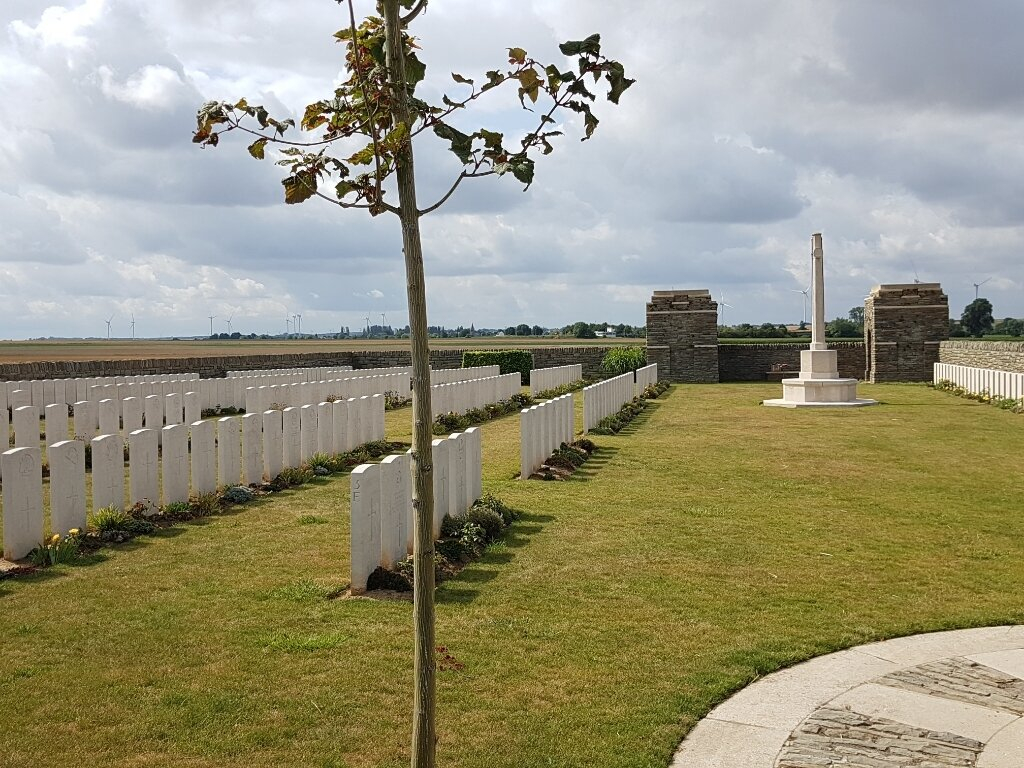 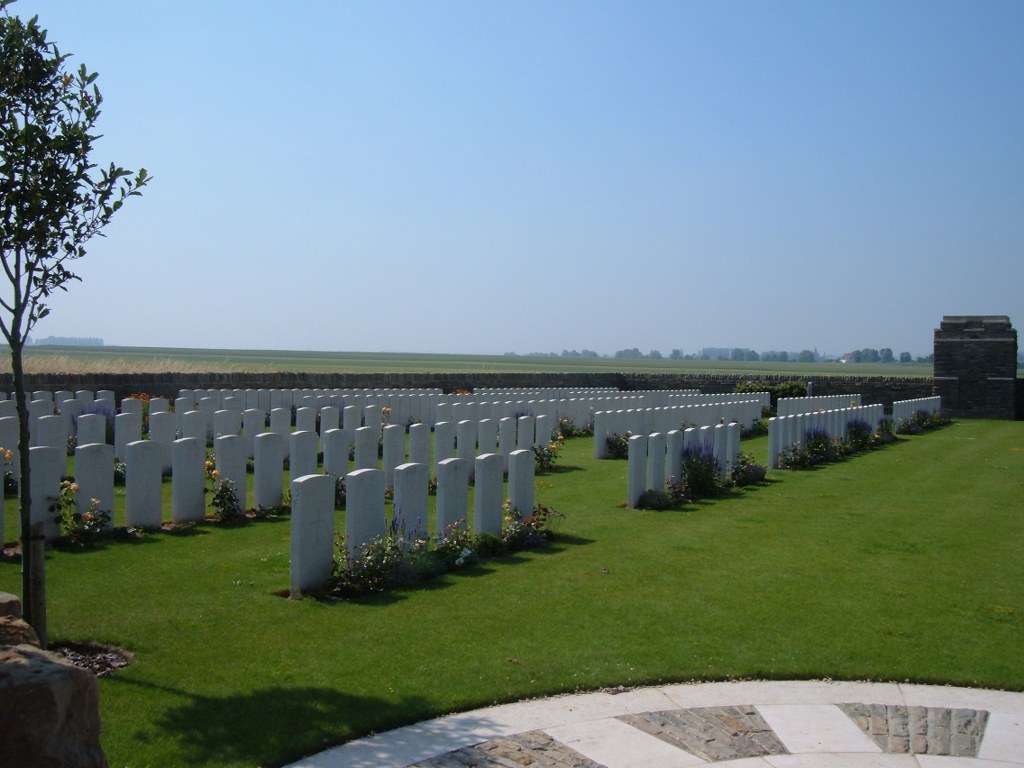 Sains-les-Marquion is a village in the Department of the Pas de Calais, about 2 kilometres south of Marquion, which lies on the main Arras to Cambrai road, 14 kilometres Cambrai. Ontario Cemetery is 1 kilometre due south of the village on the road (D15)to Havrincourt.