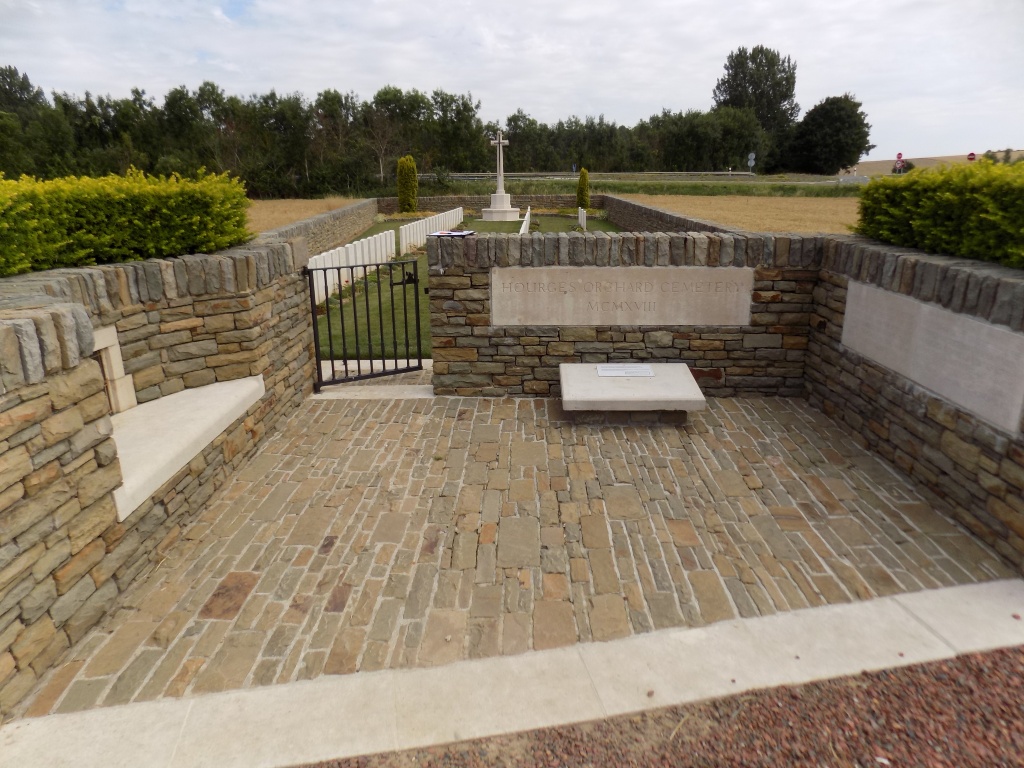 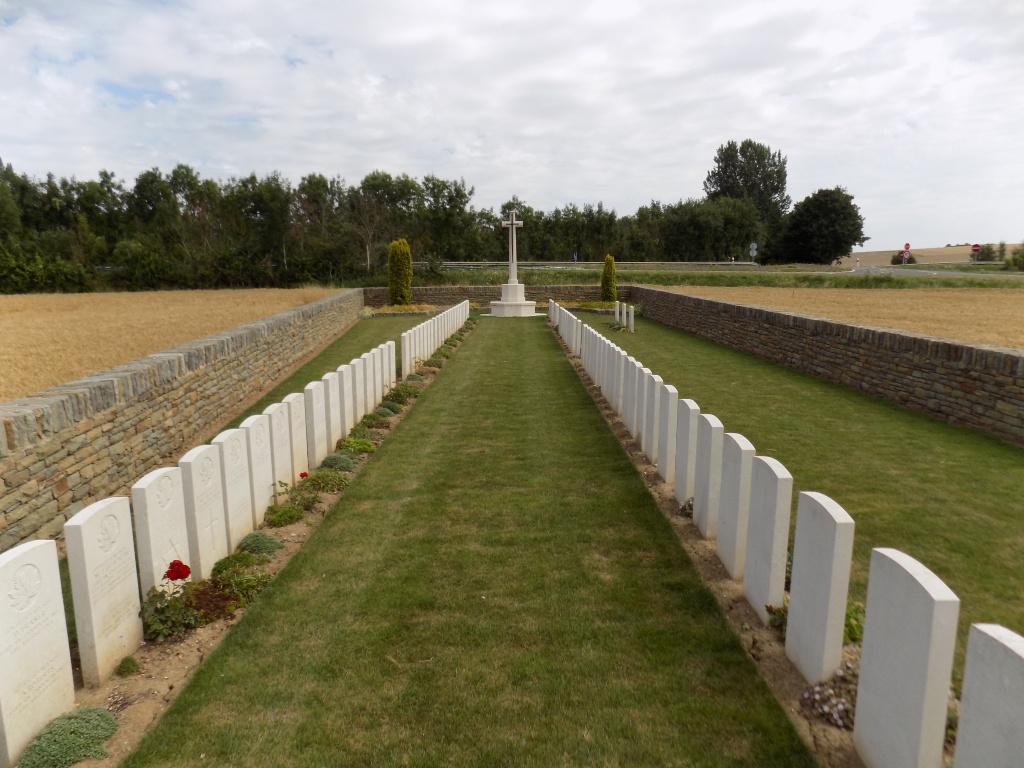 Domart-sur-la-Luce is a village and commune in the Department of the Somme, in the valley of the Luce, on the road from Amiens to Roye. Hourges is a hamlet on the same road, a little south-east of the village and Hourges Orchard Cemetery is on the south-west side of the road.

The neighbourhood saw fighting on 1 April 1918, when the 2nd Cavalry Division (including the Canadian Cavalry Brigade) took "Rifle Wood", and again on 8 August 1918, when the 43rd Canadian Battalion retook the same wood and the Canadian Corps swept forward more than 9 kilometres. Hourges Orchard Cemetery was made in August 1918, although two graves of April 1918 were brought in after the Armistice. The cemetery contains 144 burials and commemorations of the First World War. 11 of the burials are unidentified but a special memorial commemorates one casualty known to be buried among them.