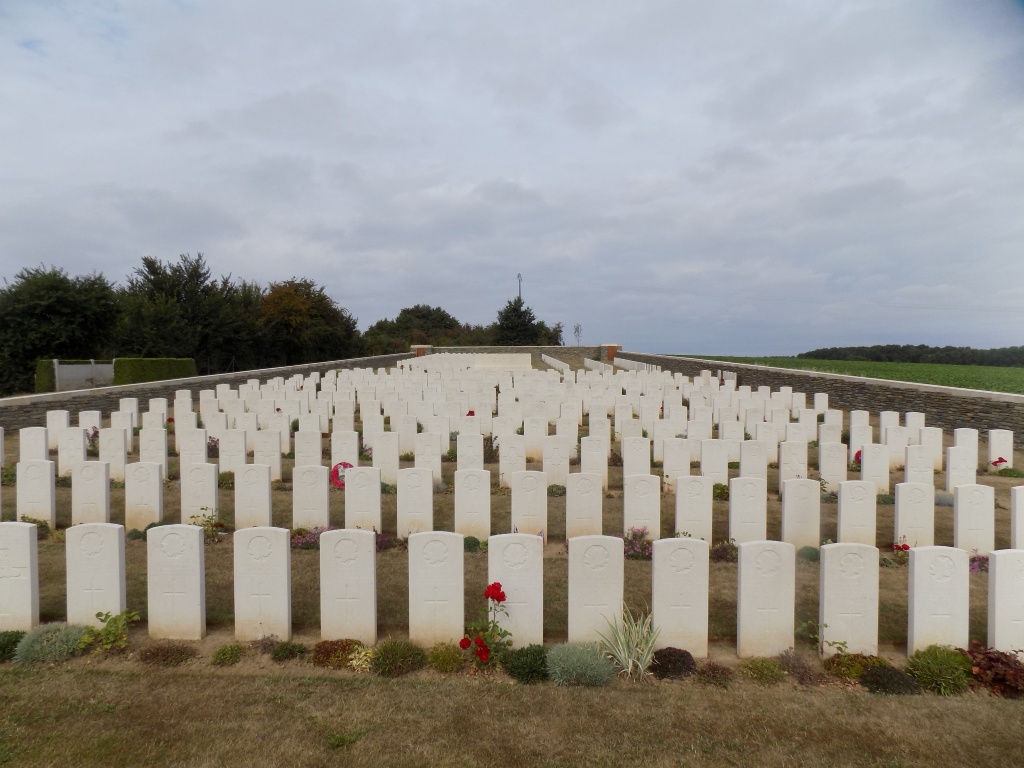 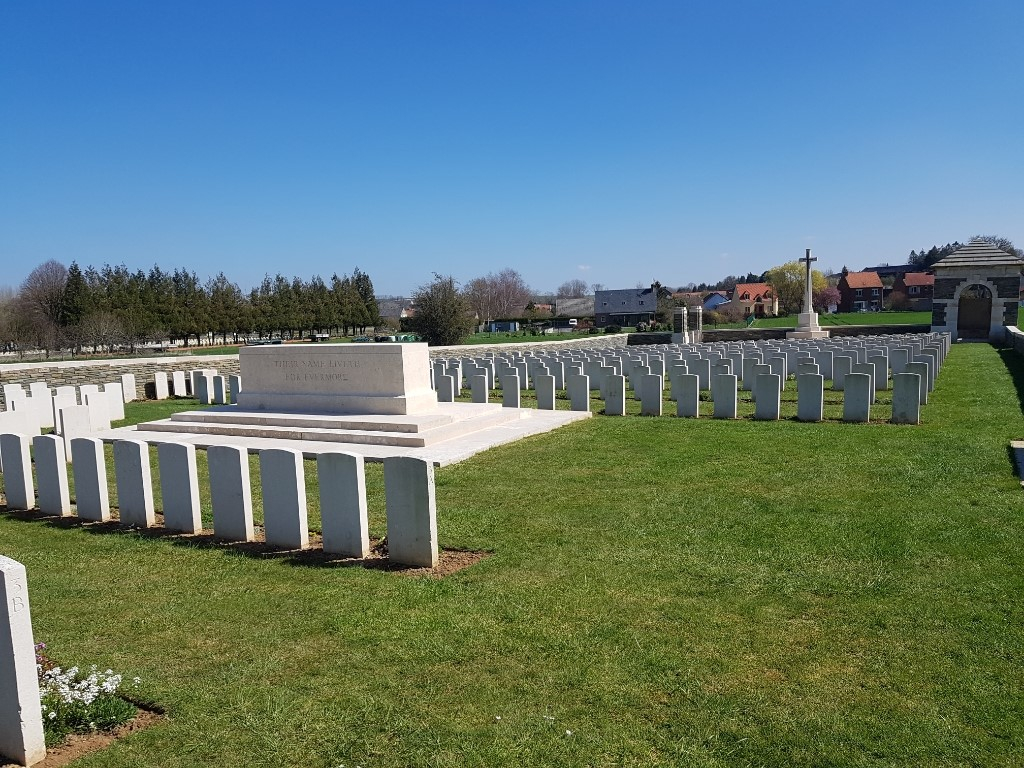 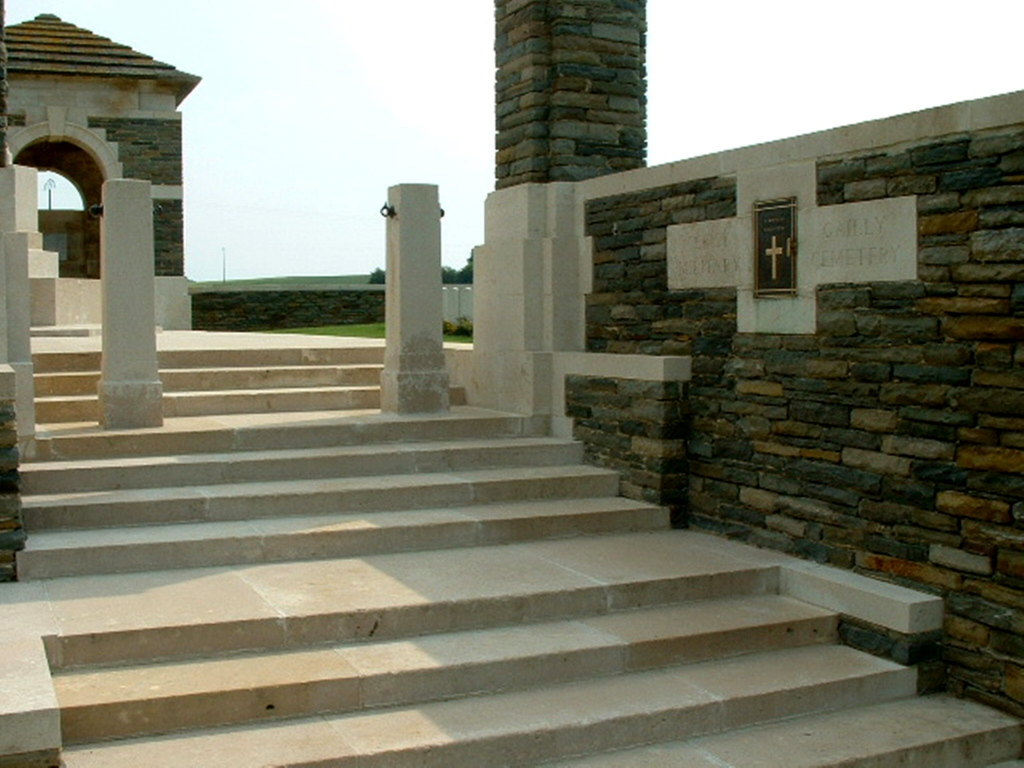 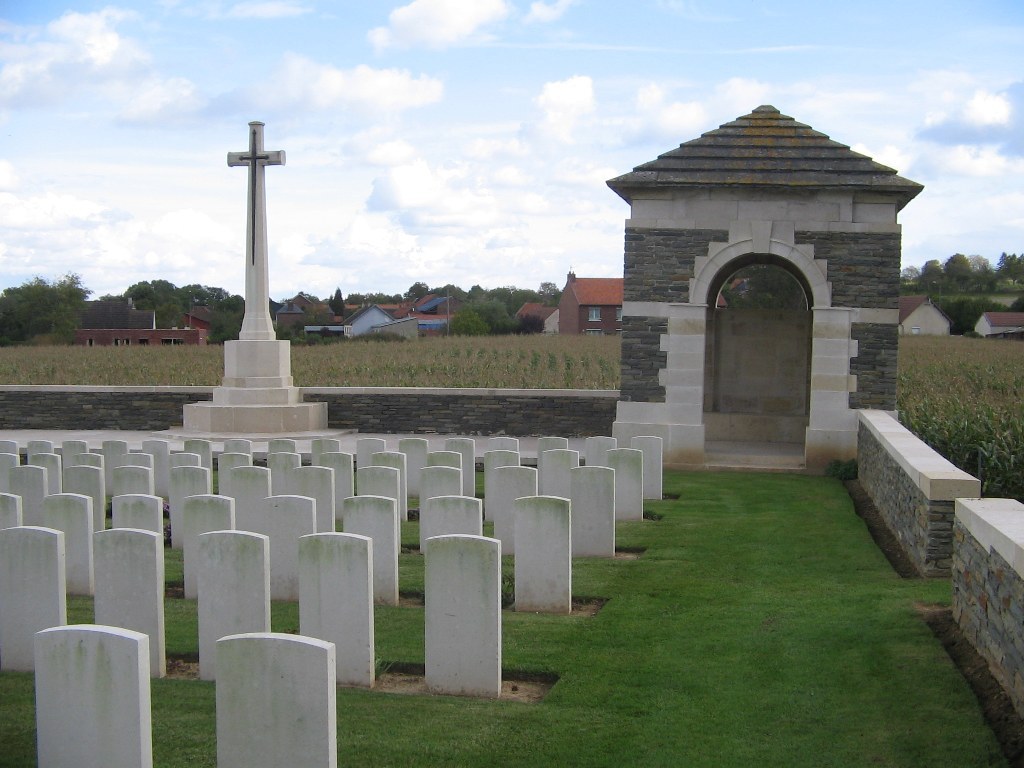 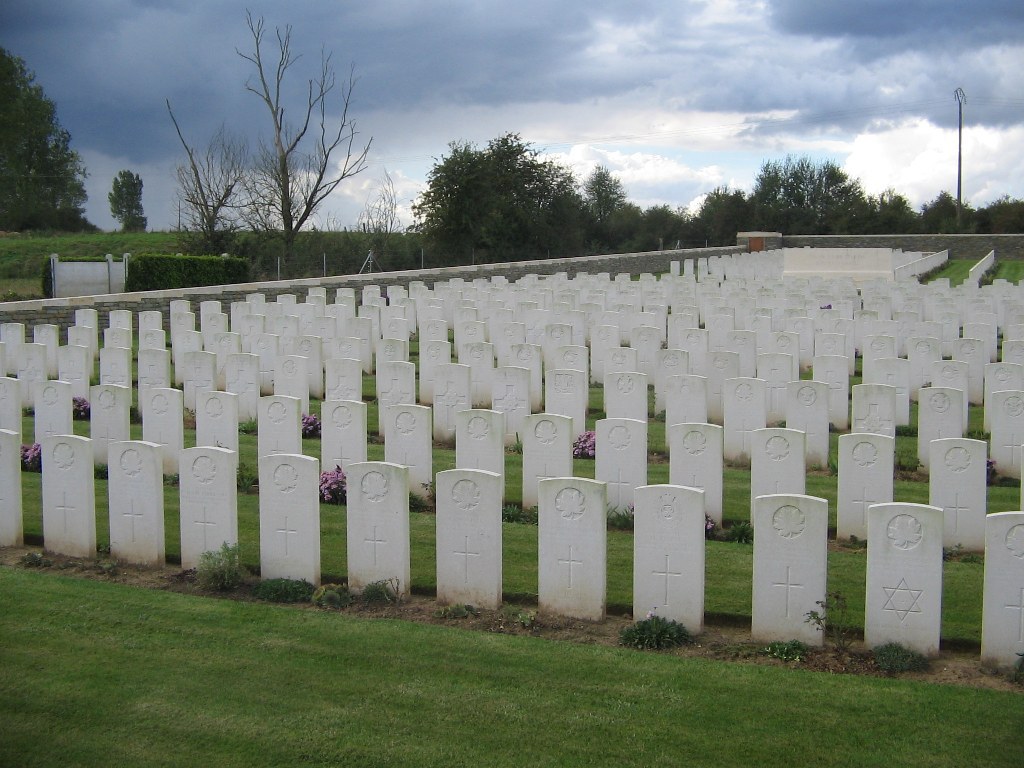 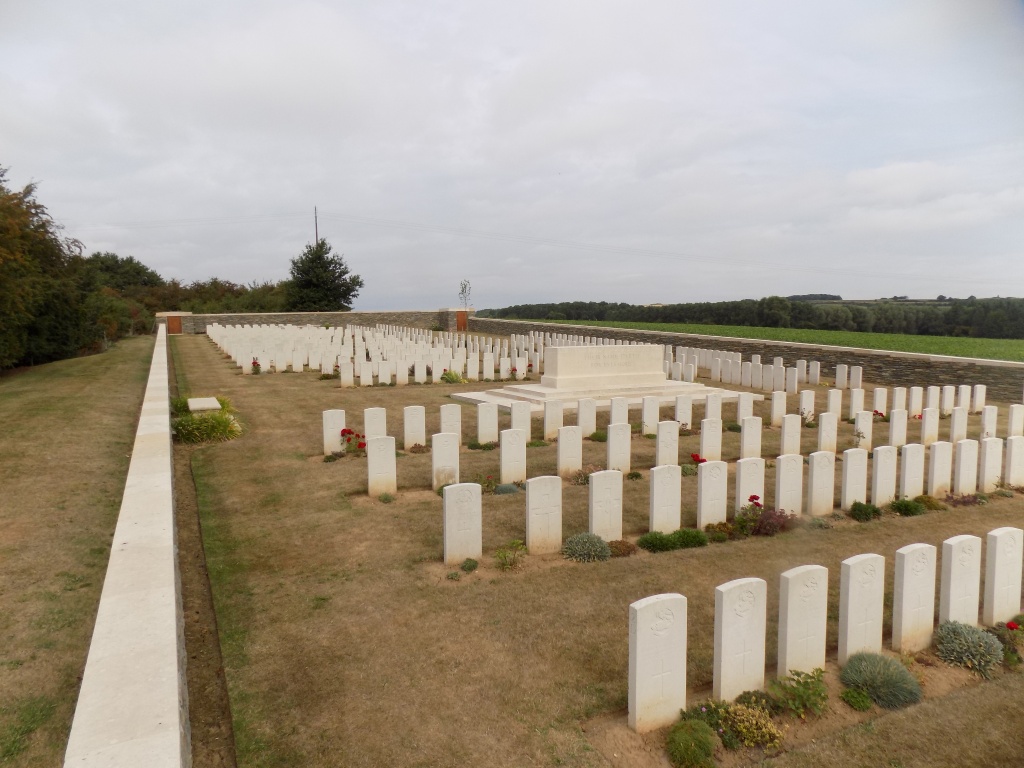 Cerisy is a village 10 kilometres south-west of Albert. From Albert take the D42 in the direction of Morlancourt and Moreuil. After passing Morlancourt you arrive at Sailly-Laurette. Continue until reaching a crossroads where you turn left onto the D71 in the direction of Cerisy. Continue on the D71 until you approach a group of bungalows on your left. Turn left at the end of this group of bungalows when you will then approach Cerisy-Gailly Military Cemetery.

Gailly was the site of the 39th and 13th Casualty Clearing Stations during the early part of 1917, and of the 41st Stationary Hospital from May 1917 to March 1918. The villages were then captured by the Germans, but were retaken by the Australian Corps in August 1918. Cerisy-Gailly Military Cemetery (originally called the New French Military Cemetery) was begun in February 1917 and used by medical units until March 1918. After the recapture of the village it was used by Australian units. The cemetery was increased after the Armistice when graves were brought in from the battlefields of the Somme and the following small cemeteries:- BEAUFORT BRITISH CEMETERY was about 300 metres North of Beaufort Church. It was made in August, 1918 (after the capture of the village by the 1st Canadian Division) between the existing German Cemetery and a farm track, and it contained the graves of 56 Canadian soldiers and two from the United Kingdom. BUIGNY-LES-GAMACHES COMMUNAL CEMETERY contained the grave of one soldier from the United Kingdom, buried in July, 1918, by the 26th Field Ambulance. BUIRE COMMUNAL CEMETERY EXTENSION, in the commune of Buire-Courcelles, was on the North side of the Communal Cemetery. It contained three German plots and one British, and in the British plot were buried 36 Australian soldiers and four from the United Kingdom. These men fell in September, 1918 except three who were buried by the enemy in the preceding March. MARICOURT MILITARY CEMETERY was at the South-East corner of the village, on the road to Clery. It was begun by French troops in December, 1914, and was known to the French by the name of Ferme Caudron. It was taken over by British troops in August, 1915, and used until July, 1916. It contained the graves of 887 French soldiers, 260 from the United Kingdom and six German. STE. HELENE BRITISH CEMETERY, PONTRUET, was on the East side of the hamlet of Ste. Helene. It was made in September and October, 1918 during the capture of the hamlet by the 46th (North Midland) Division and their attack at Pontruet, and it contained the graves of 88 soldiers and one airman from the United Kingdom, the majority of whom belonged to the 46th Division or the 1st Dorsets. 158 French and 35 German graves were removed to other burial grounds. The cemetery now contains 745 Commonwealth burials and commemorations of the First World War. 114 of the burials are unidentified and special memorials commemorate five casualties buried at Maricourt and Ste. Helene whose graves could not be found. The cemetery was designed by Sir Edwin Lutyens.