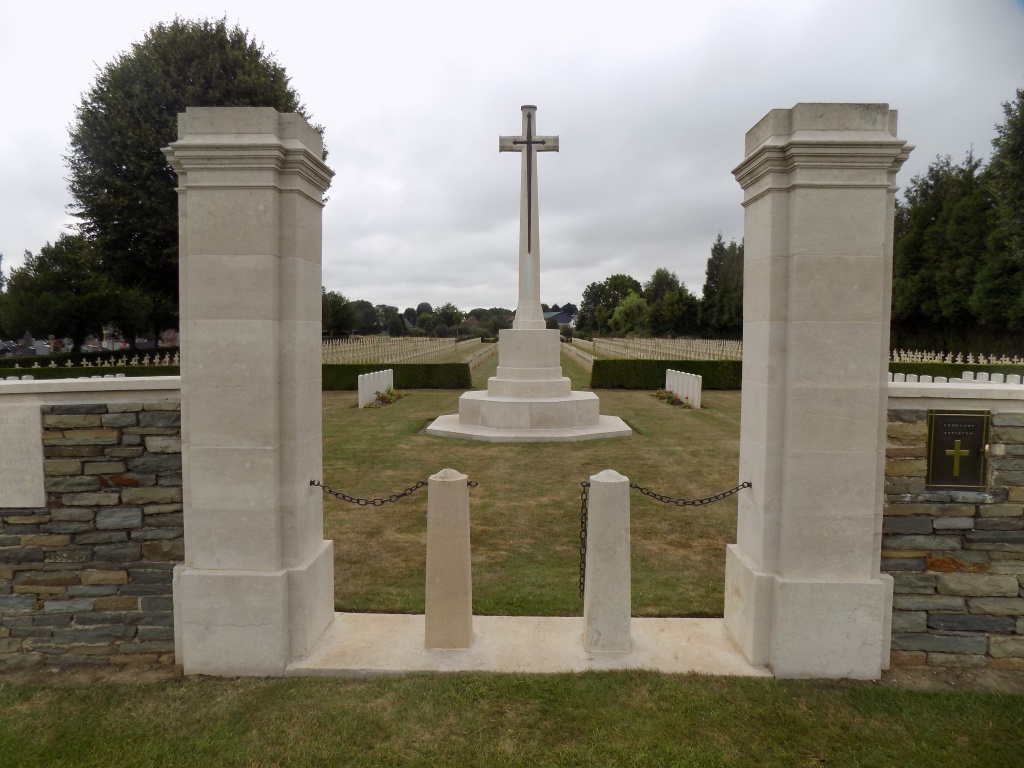 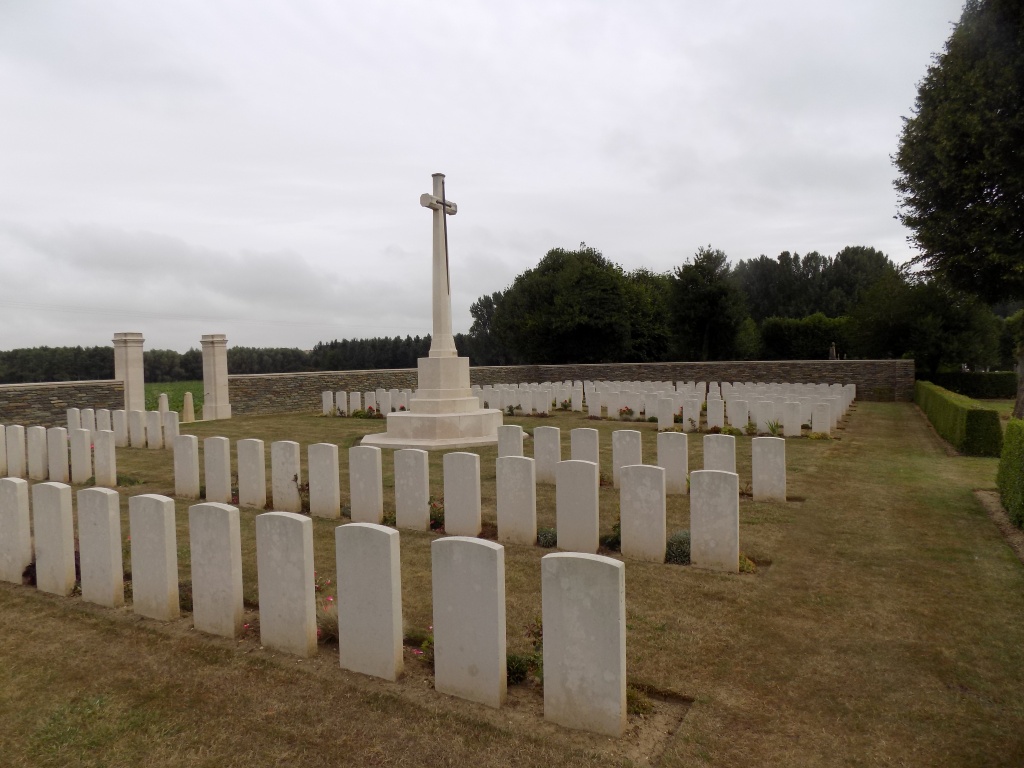 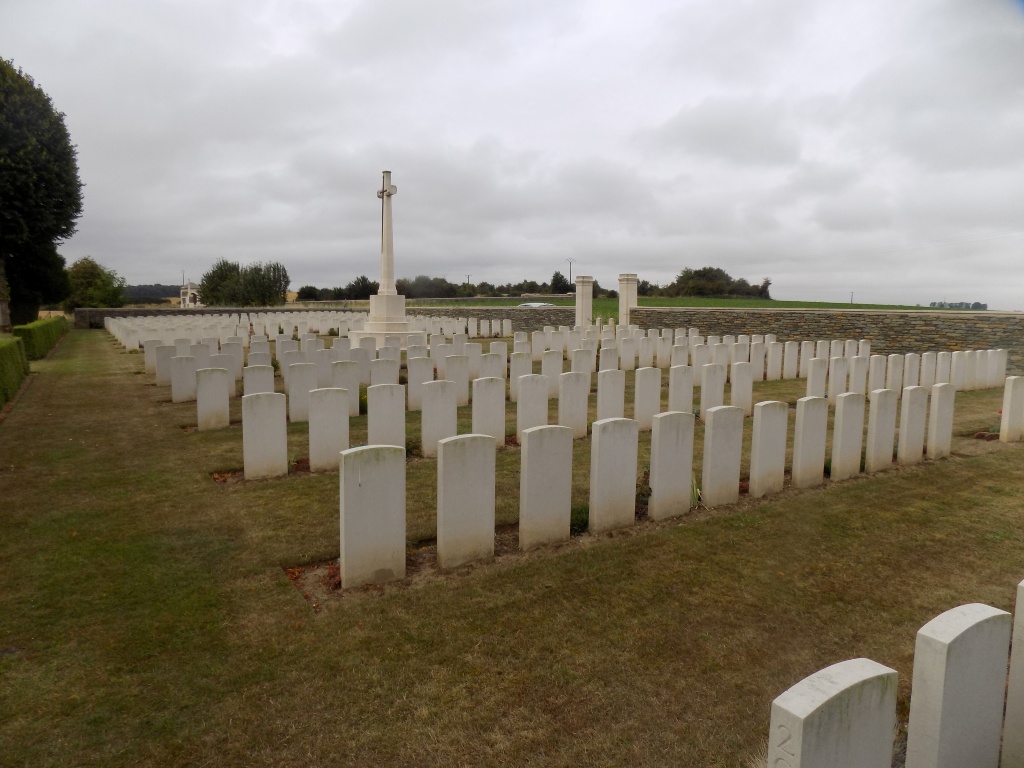 Cerisy is a village 10 kilometres south-west of Albert. From Albert take the D42 in the direction of Morlancourt and Moreuil. After passing Morlancourt you arrive at Sailly-Laurette. Continue until reaching a crossroads where you turn left onto the D71 in the direction of Cerisy. Continue on the D71 until you approach a group of bungalows on your left. Turn left at the end of this group of bungalows when you will then approach Cerisy-Gailly French National Cemetery. The Commonwealth war graves will be found at the rear of the cemetery.

Gailly was the site of the 39th and 13th Casualty Clearing Stations during the early part of 1917, and of the 41st Stationary Hospital from May 1917 to March 1918. The villages were then captured by the Germans, but were retaken by the Australian Corps in August 1918. Cerisy-Gailly French National Cemetery was begun by a clearing hospital of the French Tenth Army in February 1916. The Commonwealth plots are on the western side of it, and were made after the Armistice when graves were brought in from the battlefields of the Somme and from BUIRE COMMUNAL CEMETERY EXTENSION. The great majority of these soldiers died in the Battle of the Somme in 1916. The cemetery now contains 393 Commonwealth burials of the First World War, 296 of which are unidentified.