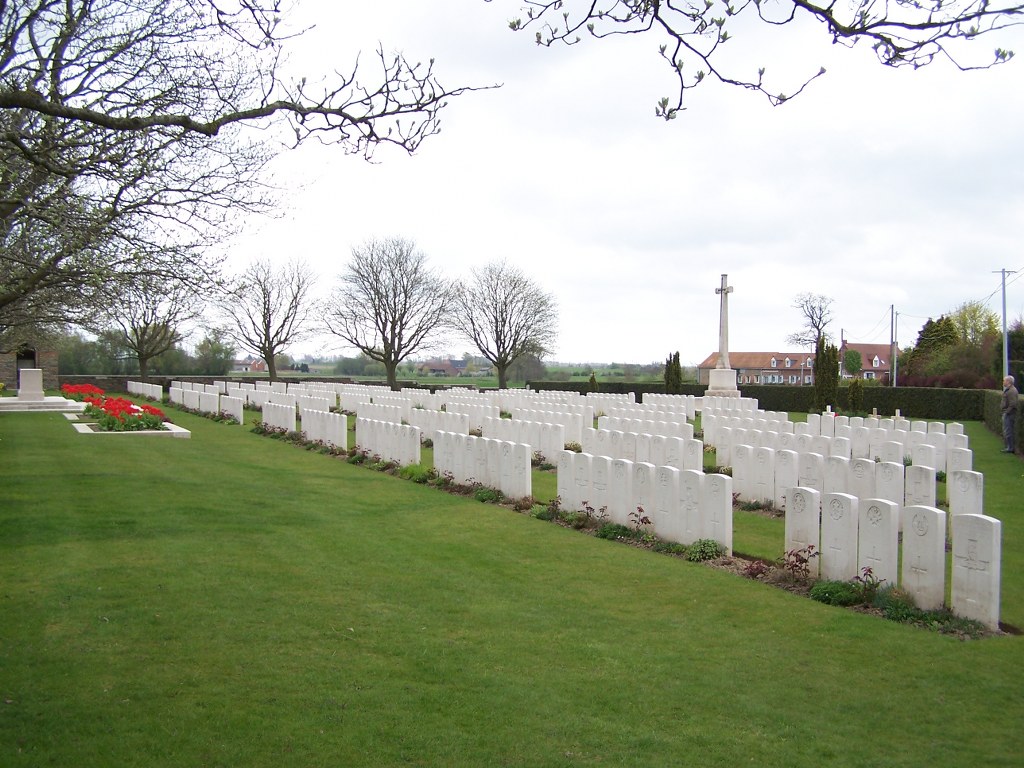 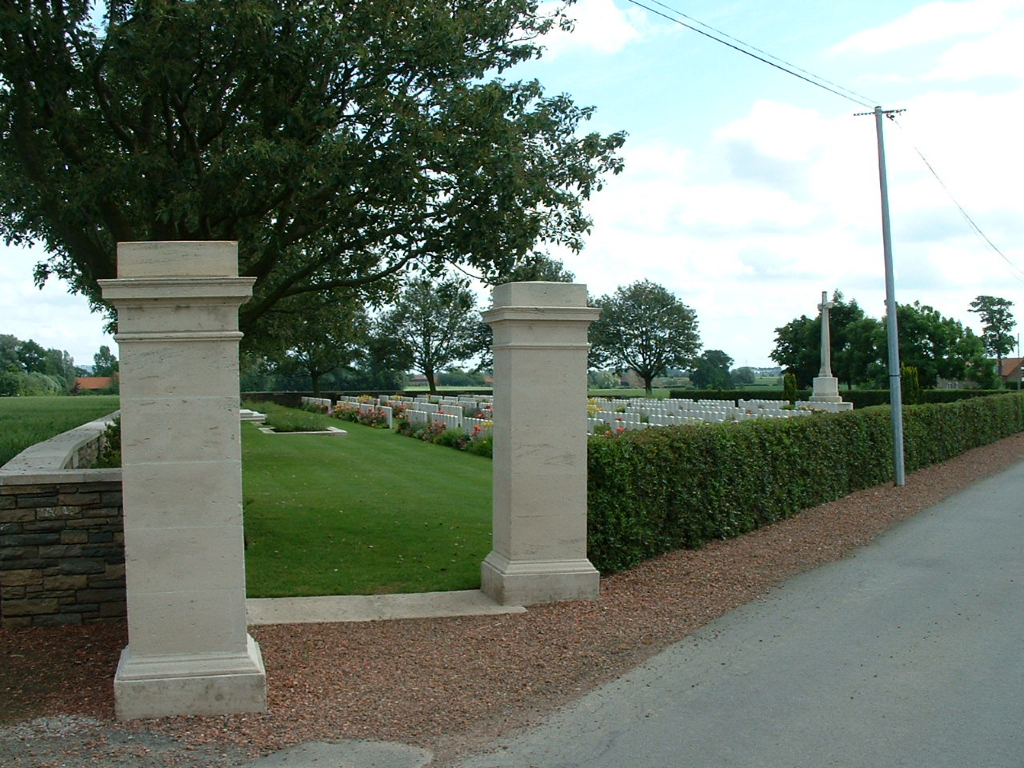 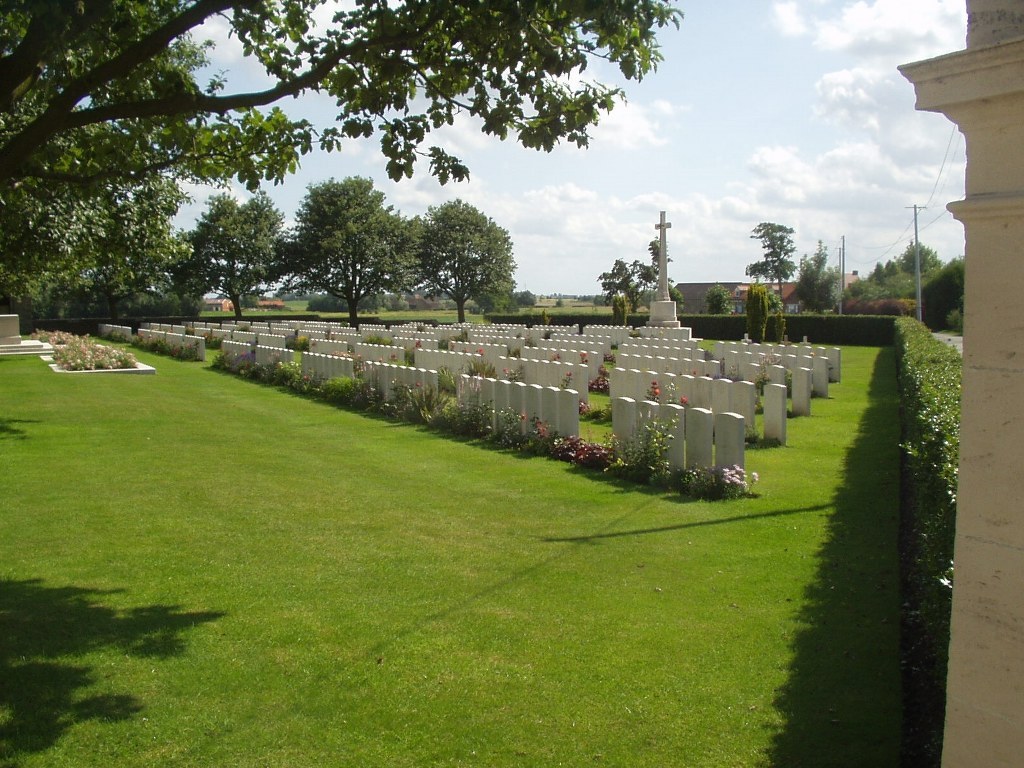 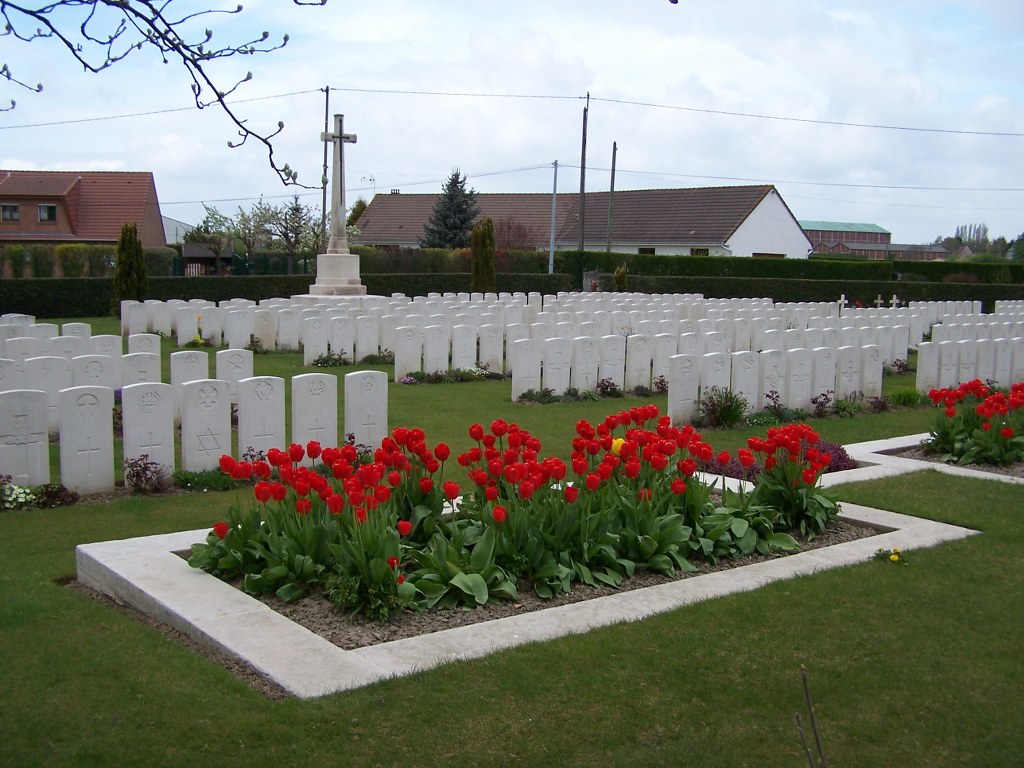 Esquelbecq is a village near the Belgian frontier, 24 kilometres north of Hazebrouck and the same distance south of Dunkirk. The Military Cemetery is about one kilometre west of the village, 200 metres south of the road to Zeggers-Cappel.

The cemetery was opened in April 1918 during the early stages of the German offensive in Flanders, when the 2nd Canadian and 3rd Australian Casualty Clearing Stations came to Esquelbecq. It was closed in September 1918, although one French grave was added in 1919 and one British soldier from 1916 was added later from an isolated site.

The cemetery was used again during the Second World War, mainly for the burial of those killed during the German advance of May 1940 and the withdrawal of the British Expeditionary Force to Dunkirk.

Esquelbecq Military Cemetery contains 578 Commonwealth burials of the First World War and 47 from the Second World War. There are also 11 French and German burials.