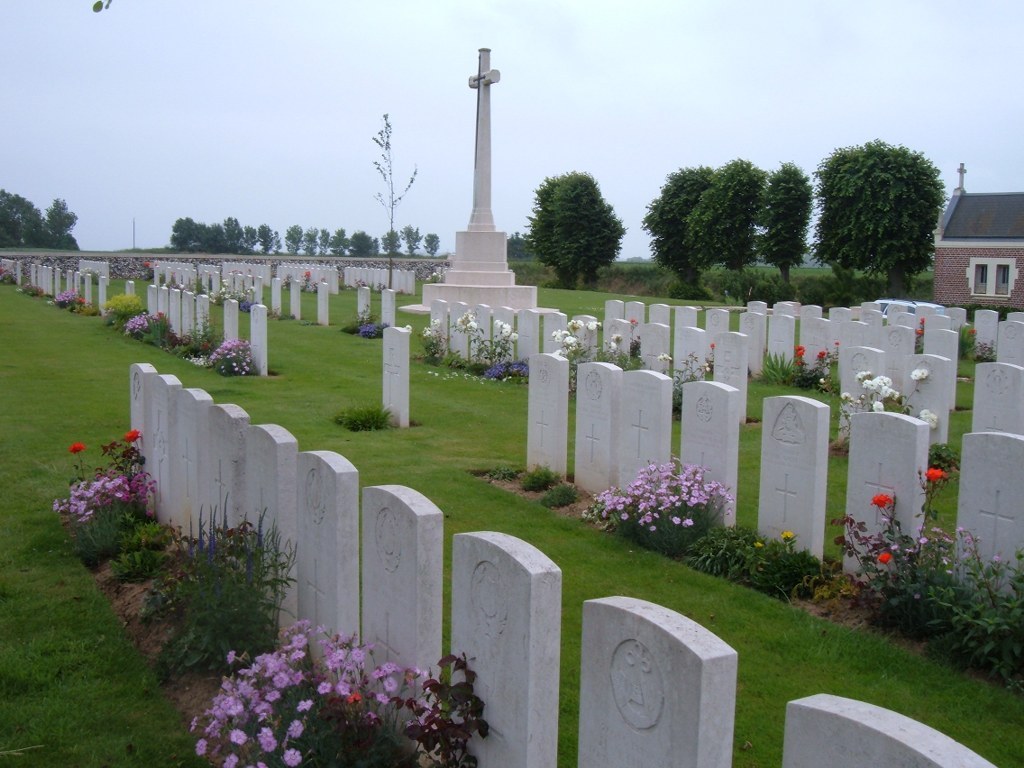 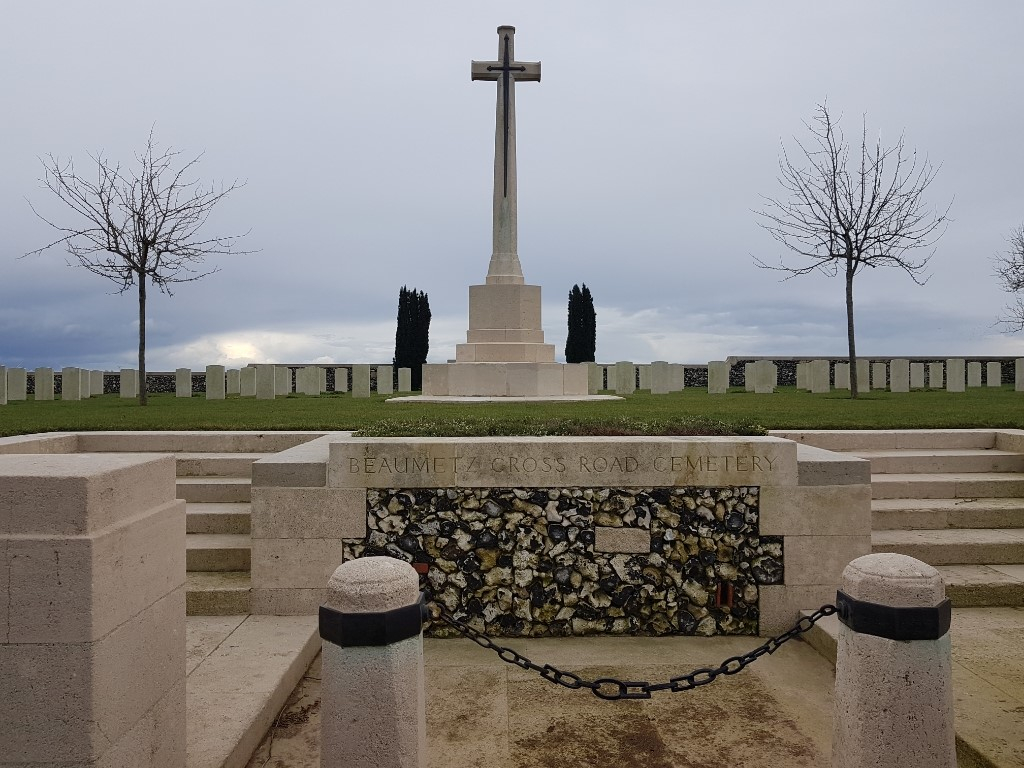 Beaumetz-les-Cambrai is a village 1 Km south of the N30, Cambrai to Bapaume road. Beaumetz Crossroads Cemetery lies to the south of the village on the road to Hermies. To reach the Cemetery, take the D18E into Beaumetz les Cambrai, off the N30. Once in the village, follow the CWGC direction signs.

The village of Beaumetz-les-Cambrai was captured by the enemy on the 22nd March, 1918, after an obstinate defence by the 51st (Highland) and 25th Divisions, and retaken in the middle of the following September. Beaumetz Cross Roads Cemetery was begun by fighting units in March, 1917, and used until February, 1918; these graves are in Row D. The Germans knew it as No.6 (English Military) Cemetery. Further British burials were made (in Rows E and F) in September and October, 1918. After the Armistice graves of 1917-18 were brought in from the surrounding battlefields and the body of one United States soldier was removed to another cemetery. There are now over 250, 1914-18 war casualties commemorated in this site. Of these, over a quarter are unidentified and special memorials are erected to four soldiers from the United Kingdom and three from Australia, known or believed to be buried among them. The Cemetery covers an area of 1,405 square metres and is enclosed by a flint wall on three sides.