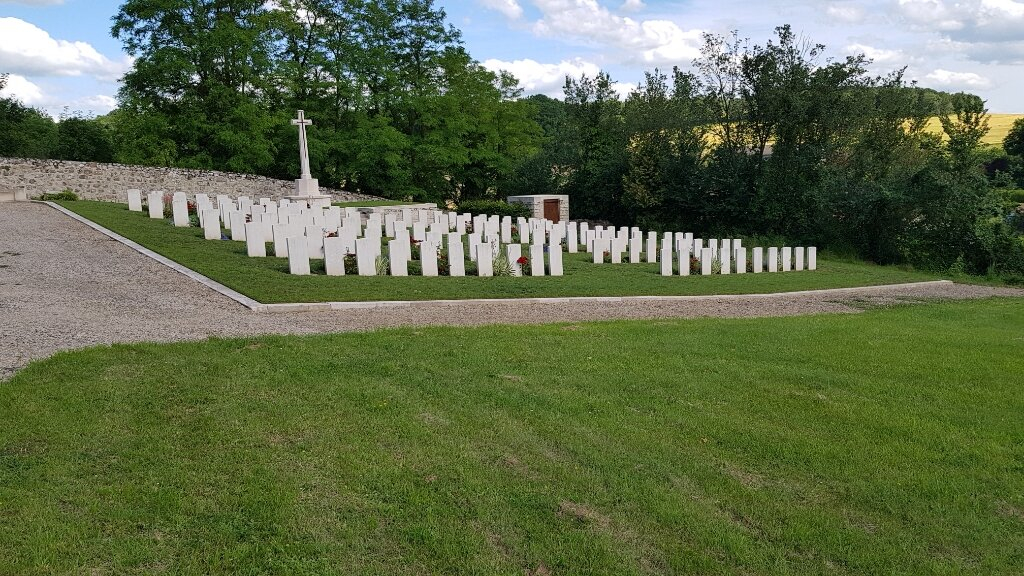 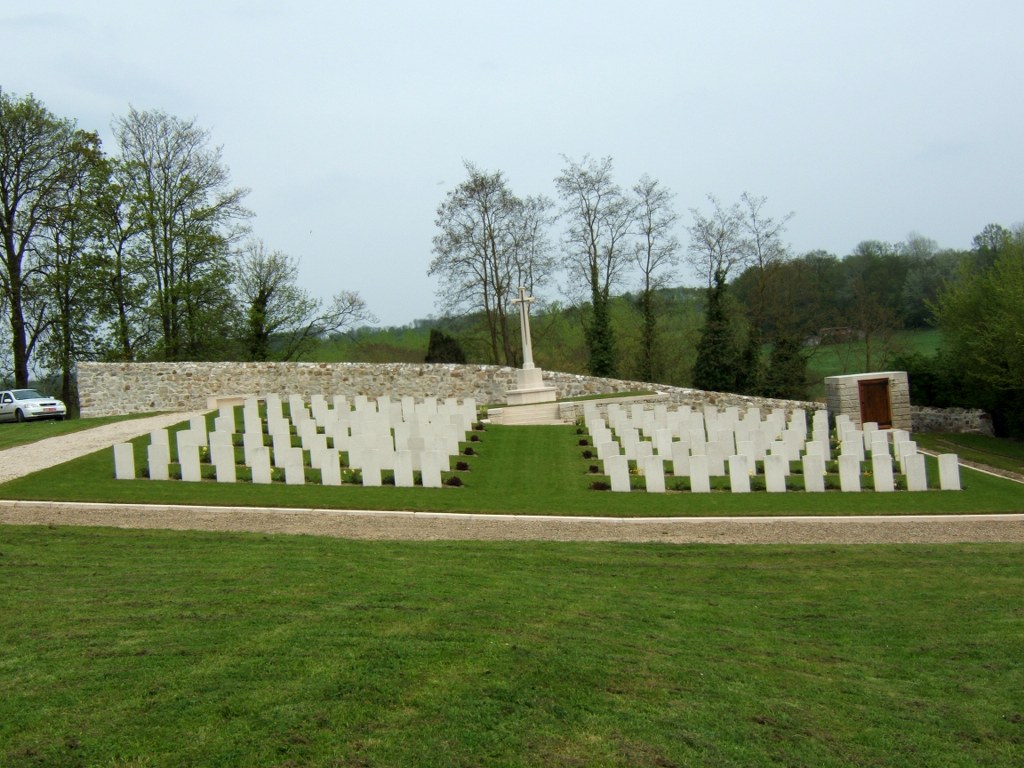 Oulchy-le-Chateau is a village 19 kilometres due south of Soissons, on the road (D1) to Chateau-Thierry. The Churchyard Extension is behind the Churchyard, behind the church in the main square.

Oulchy-le-Chateau was passed by British troops on the 11th September 1914, in the advance to the Aisne; and it was re-captured by the French Sixth Army (after the German offensive of May-June 1918) on the 25th July 1918.

The Extension was begun by French troops. British graves were transferred here after the Armistice from the surrounding battlefields and other burial grounds, including:-

AISNE-MARNE AMERICAN CEMETERY, BELLEAU, a permanent cemetery of 2,212 graves, on the South side of the Chateau Thierry-Gandelu road, in which one British soldier, who fell in July 1918, was buried. Belleau Wood was captured by the 2nd American Division (whose Memorial is opposite the Cemetery), on the 11th June 1918.

BEUGNEUX BRITISH CEMETERY, contained the graves of 36 British soldiers (mainly of the 1st/5th Argyll and Sutherland Highlanders) who fell on the 1st August 1918.

GRAND-MENIL FRENCH MILITARY CEMETERY, ROZET-ST. ALBIN, where one British soldier who fell in July 1918, was buried.

HAUTEVESNES CHURCHYARD, where three British soldiers who fell in September 1914, were buried.

The 193 French and 137 German graves have since been removed and their site now forms the Communal Cemetery of the village.

There are now over 100, 1914-18 war casualties commemorated in this site. Of these, over a quarter are unidentified.

The two British plots cover an area of 758 square metres and are enclosed by a low rubble wall on three sides.