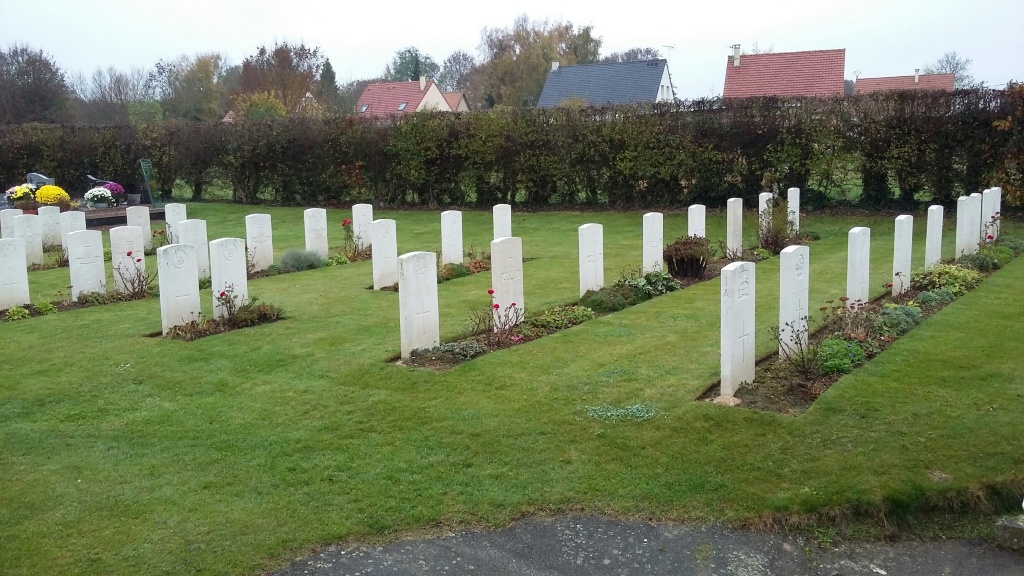 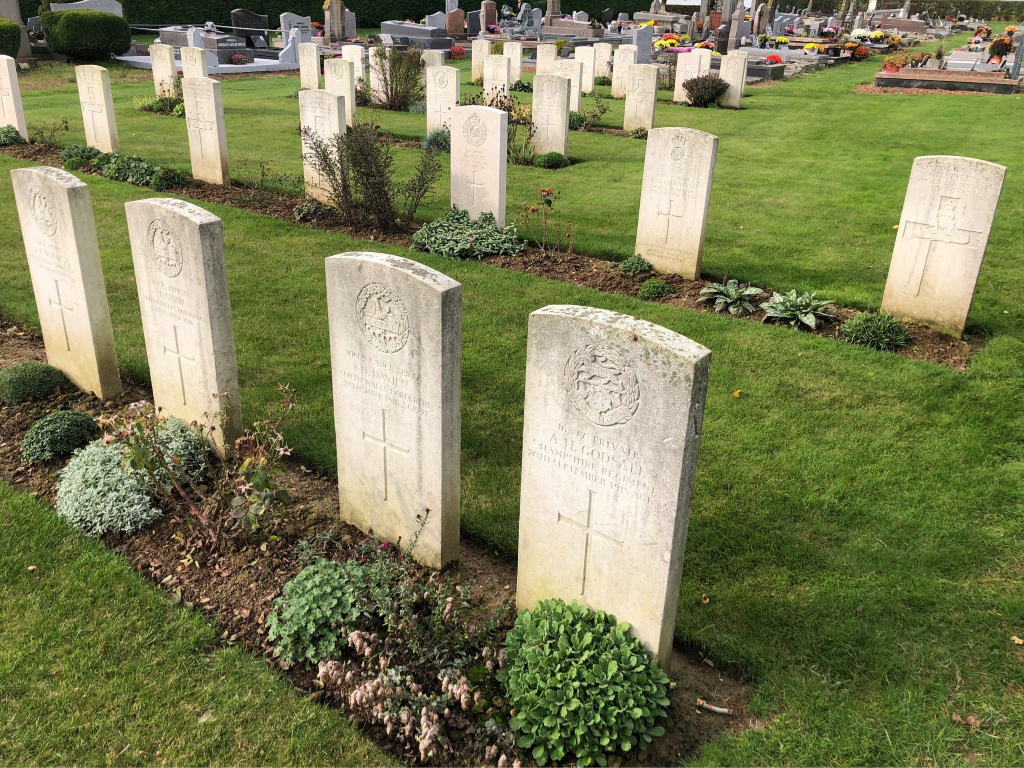 The village of Englebelmer was in Allied hands during the whole of the War, and it was used as a Field Ambulance station; but until the autumn of 1916, and again in the summer of 1918, it was liable to occasional shelling. It was later "adopted" by the City of Winchester. The Communal Cemetery was used for British burials from June to September, 1916, and again in April and May, 1918. There are now over 50, 1914-18 war casualties commemorated in this site.