Please note that due to the weather, it may difficult to access the site in the winter. The path is very muddy and there is no parking, unless you drive up to the cemetery and park nearby. 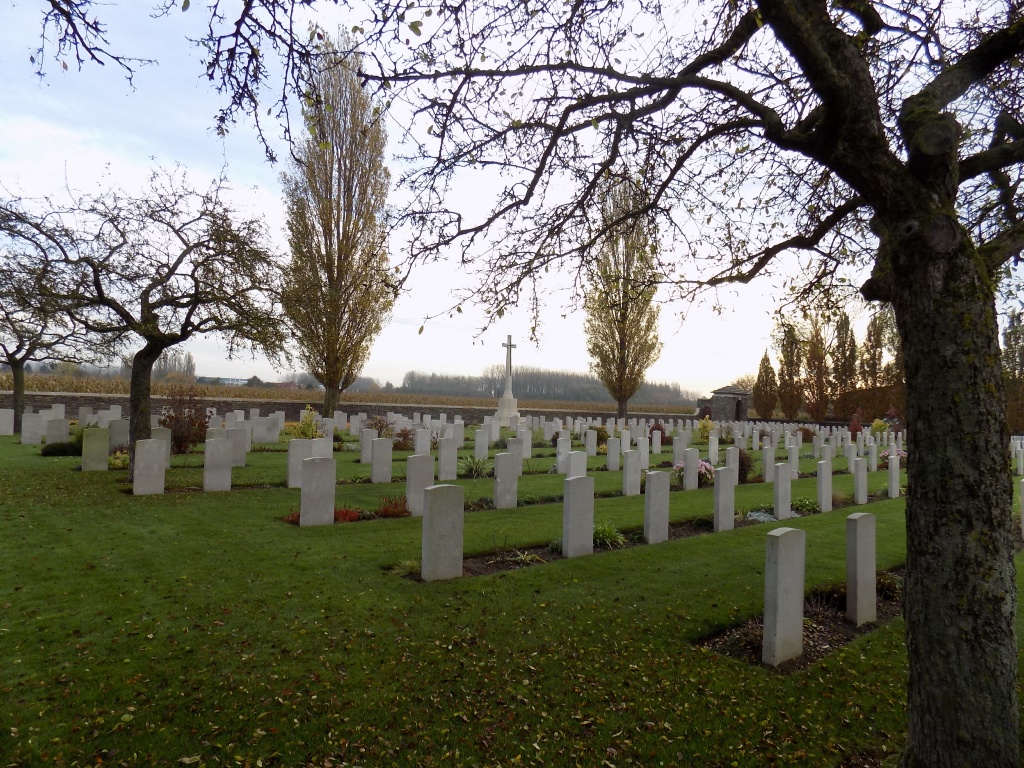 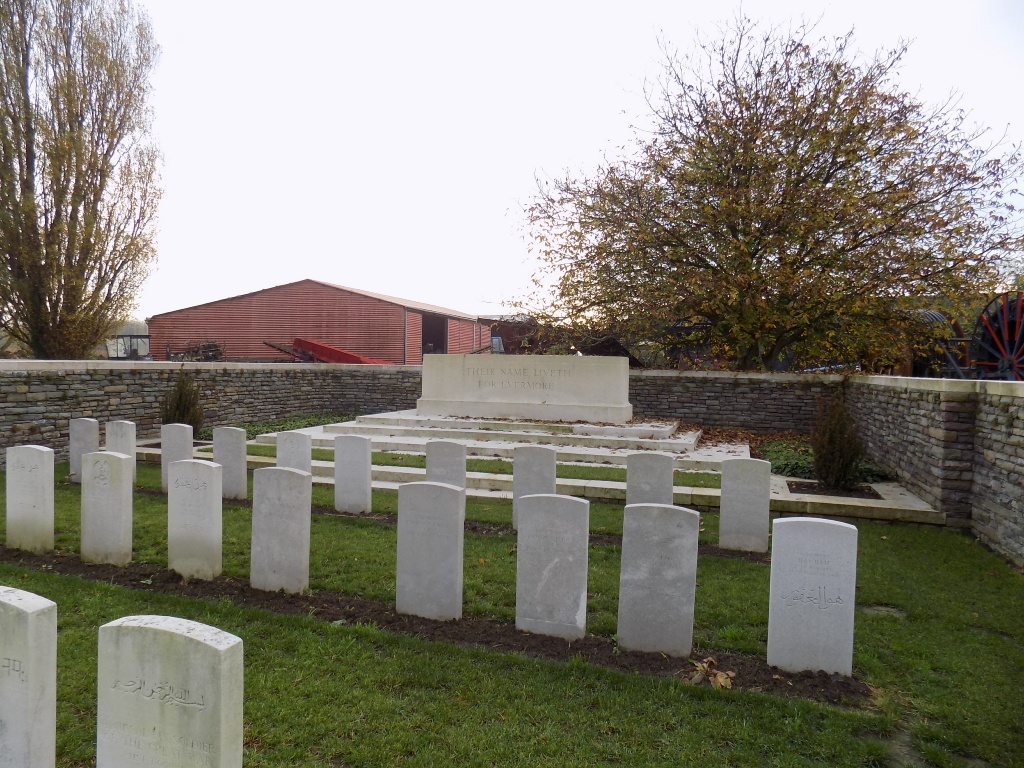 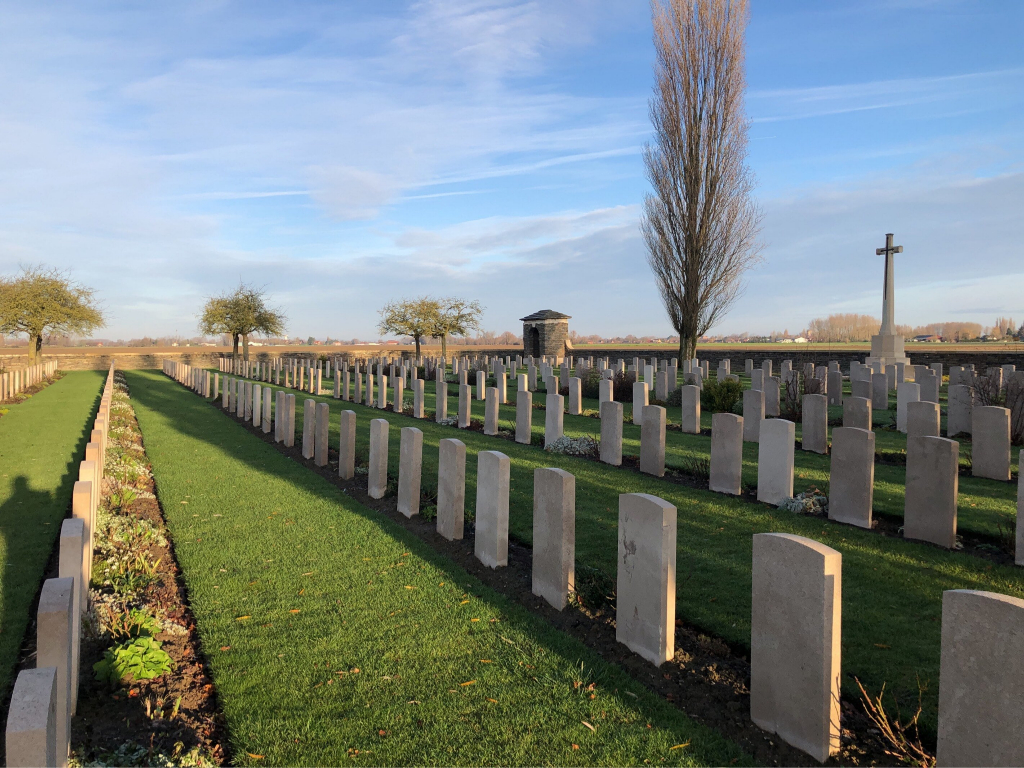 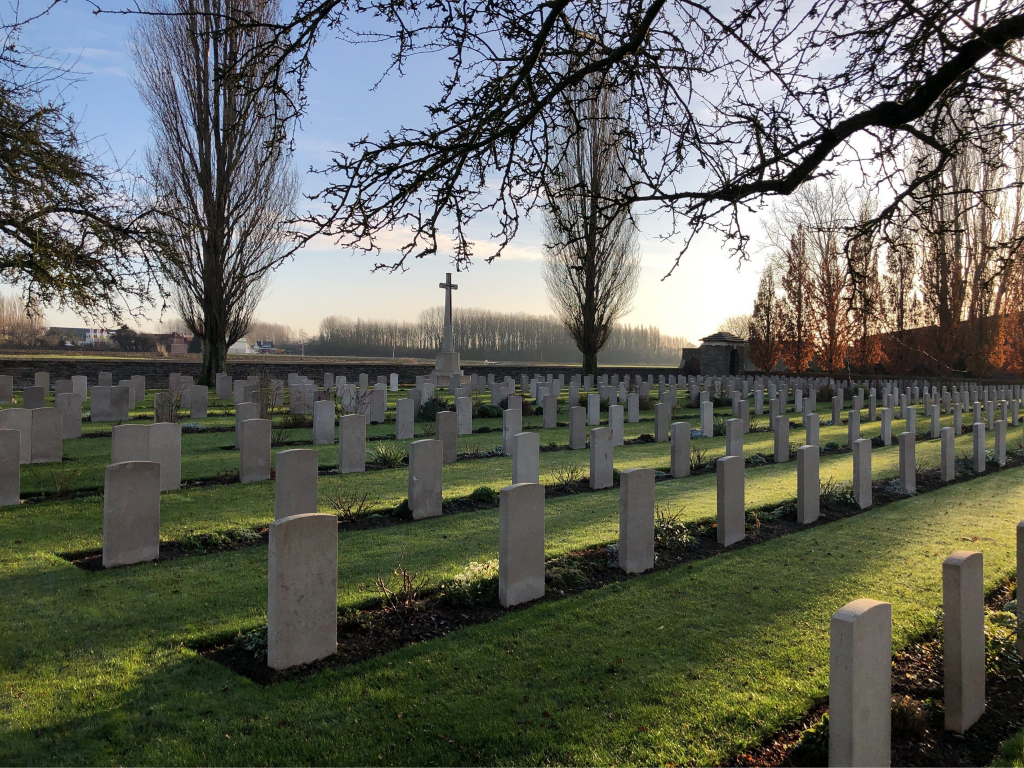 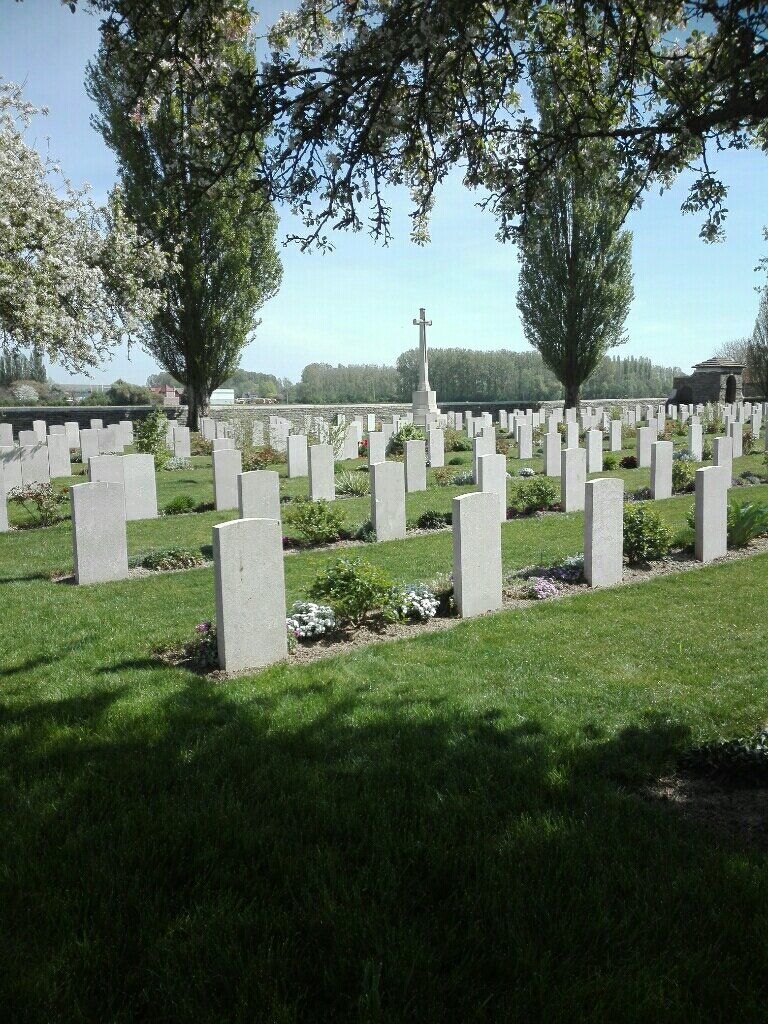 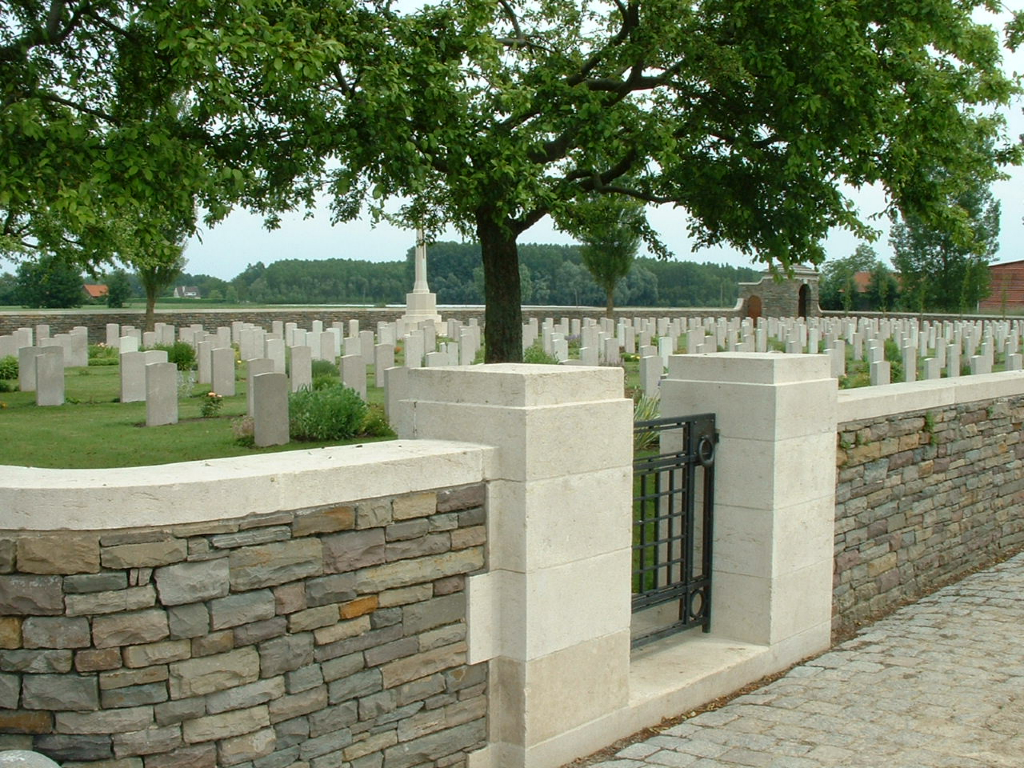 Laventie is a village in the Department of the Pas-de-Calais, 6 kilometres south-west of Armentieres and 11 kilometres north of La Bassee. Rue-du-Bacquerot No.1 Military Cemetery is 3 kilometres south of Laventie on the north side of the road to La Couture. Leave Laventie on the D174. At the junction with the D169, which is 2 kilometres from the church, turn right, cross the D173 and continue straight on for another 1.5 kilometres, then turn right into the farmyard. The cemetery is straight in front of you. The farmer is aware and does not mind you to open the iron gate and walk over his property to gain access to the cemetery.

The Rue-du-Bacquerot runs south-east of the village, from the Estaires-La Bassee road towards Fleurbaix, and the position of this road close behind the Allied front trenches during the greater part of the First World War made it the natural line of a number of small Commonwealth cemeteries. One of these, begun by the Indian Corps in November 1914, was the nearest to the Estaires-La Bassee road and became known as Rue-du-Bacquerot No.1.

The cemetery was used until May 1917, and for short periods in 1918, by the units holding the line. After the Armistice the small Indian plots were enlarged when graves were brought in from the battlefields and from smaller burials grounds.

Nineteen of the Indian graves were brought in from RUE-DES-CHAVATTES INDIAN CEMETERY, LACOUTURE.

The cemetery contains 637 Commonwealth burials and commemorations of the First World War. 61 of the burials are unidentified and special memorials commemorate 12 casualties. The cemetery also contains seven German graves.