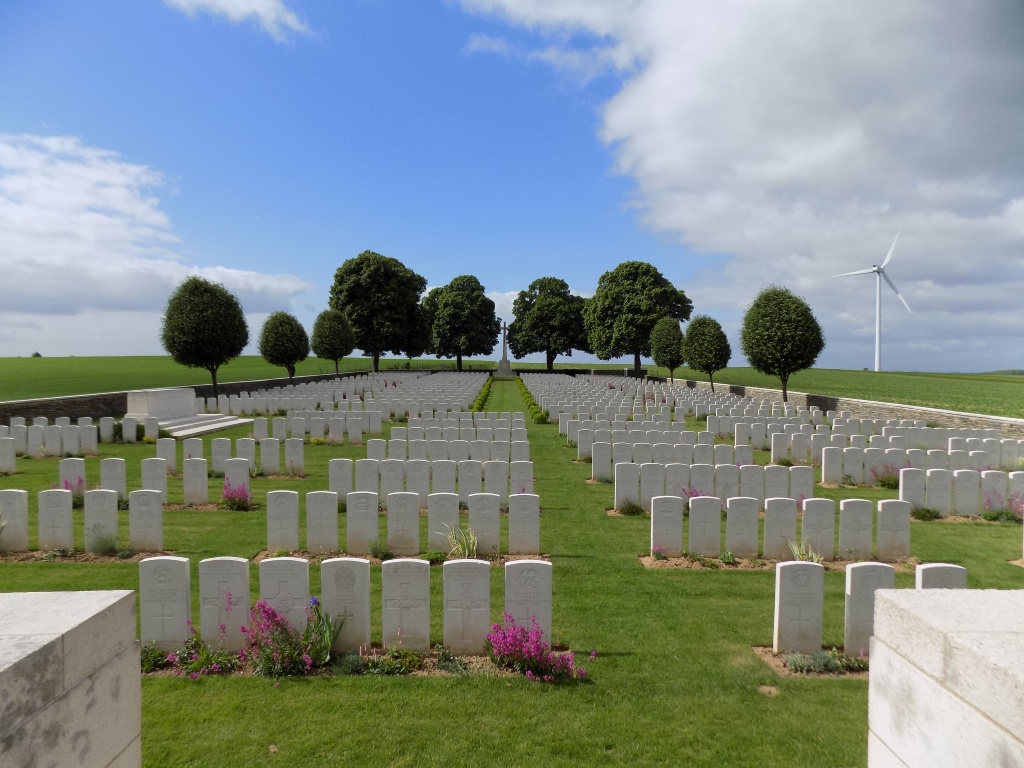 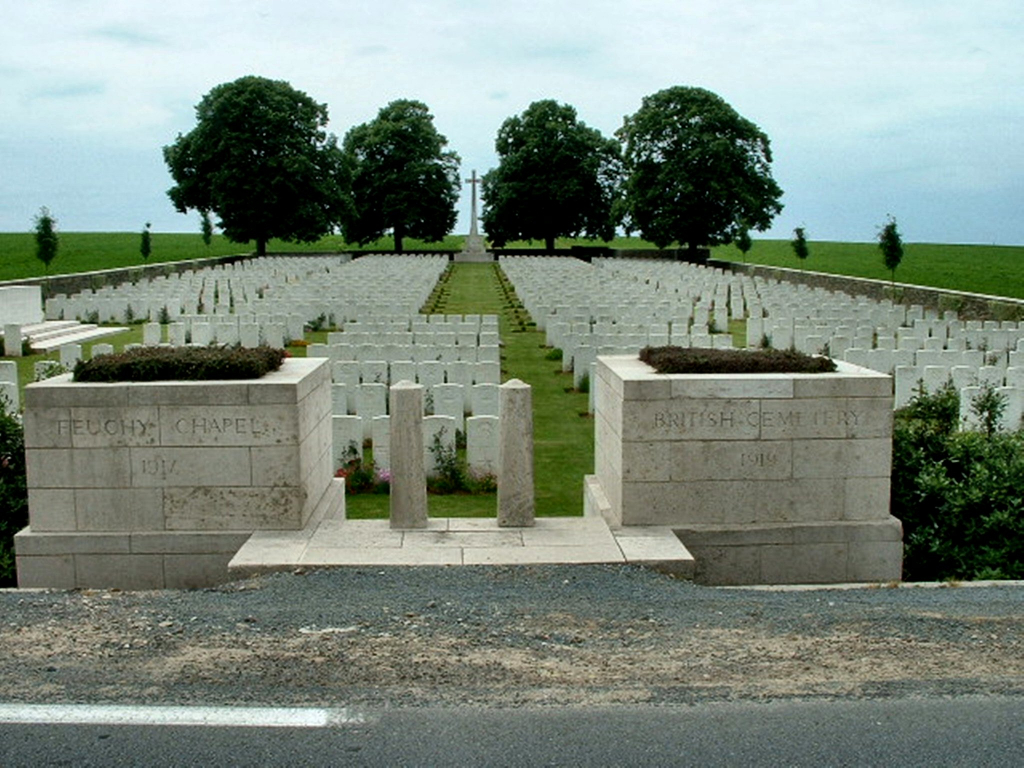 Wancourt is a village in the Department of the Pas-de-Calais. It lies in the valley of the Cojeul River nearly 2 kilometres south of the main road from Arras to Cambrai. Feuchy Chapel British Cemetery is situated on the south side of this road.

Wancourt was captured on 12 April 1917 after very heavy fighting, lost in March 1918, and retaken by the Canadian Corps on the following 26 August. The cemetery was begun by the VI Corps Burial Officer in May 1917, used at intervals until March 1918, and again in August and September 1918. At the Armistice, it contained 249 graves, all in the present Plot I. It was then enlarged when 834 graves (mainly of April and May 1917) were brought in from the battlefields of Fampoux, Roeux, Monchy and Wancourt, and from a few smaller burial grounds, including:- FEUCHY CHAPEL QUARRY CEMETERY, FEUCHY, about 200 metres North of "Feuchy Chapel", containing the graves of 17 soldiers from the United Kingdom who fell in April, 1917; and;- GUILDFORD TRENCH CEMETERY, TILLOY-LES-MOFFLAINES, between Blangy and Tilloy, containing the graves of 24 soldiers from the United Kingdom (mainly of the 12th Division) who fell on the 9th April, 1917. There are now 1,103 Commonwealth burials and commemorations of the First World War in this cemetery. 578 of the burials are unidentified but there are special memorials to 14 casualties known or believed to be buried among them. Other special memorials commemorate six casualties buried in Feuchy Chapel Quarry Cemetery, whose graves were destroyed by shell fire. The cemetery was designed by Sir Edwin Lutyens.