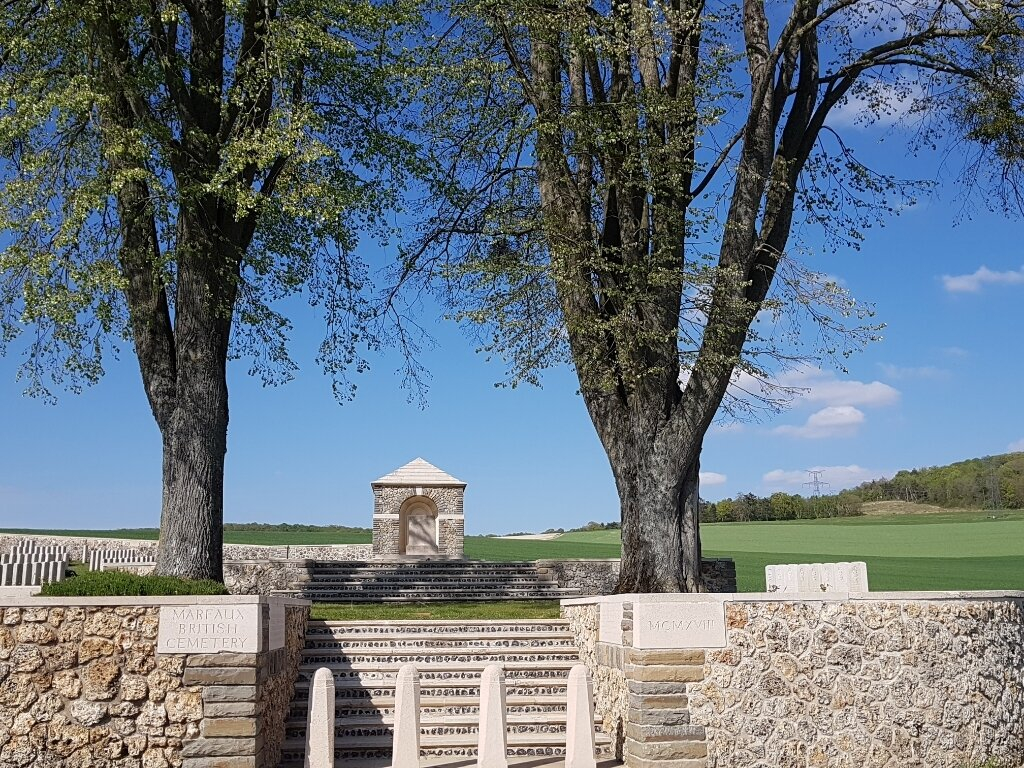 Marfaux is a commune 18.5 kilometres from Reims and 16 kilometres from Epernay. Marfaux British Cemetery is about one kilometre south-east of the village along the RD386, on the north-east side of the road to Nanteuil-la-Foret and on the south-east side of the crossroad from Bois-de-Courton. The Marfaux (New Zealand) Memorial takes the forms of a panel stone erected in the shelter in Marfaux British Cemetery, and commemorates, by name, 10 casualties of the New Zealand Cyclist Battalion who fell in July 1918 and who have no known grave.