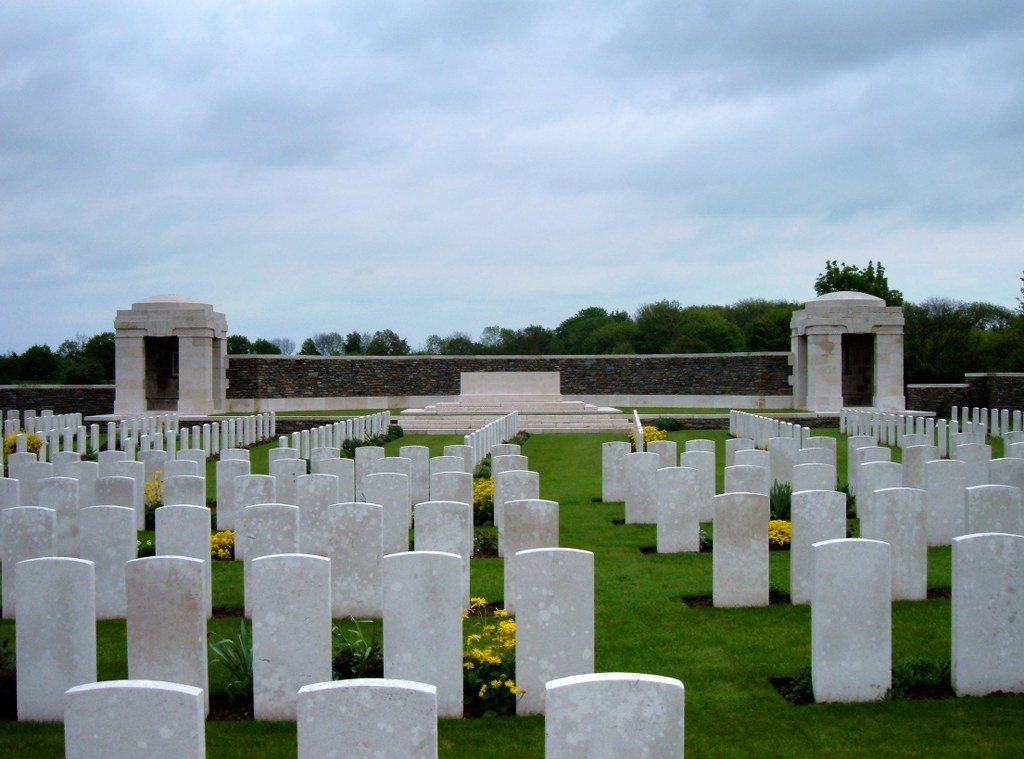 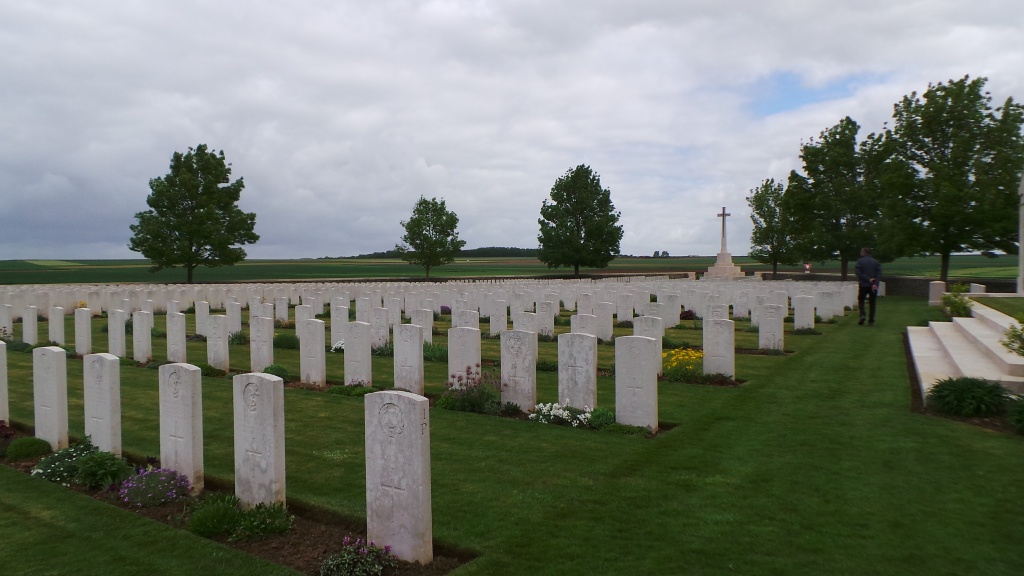 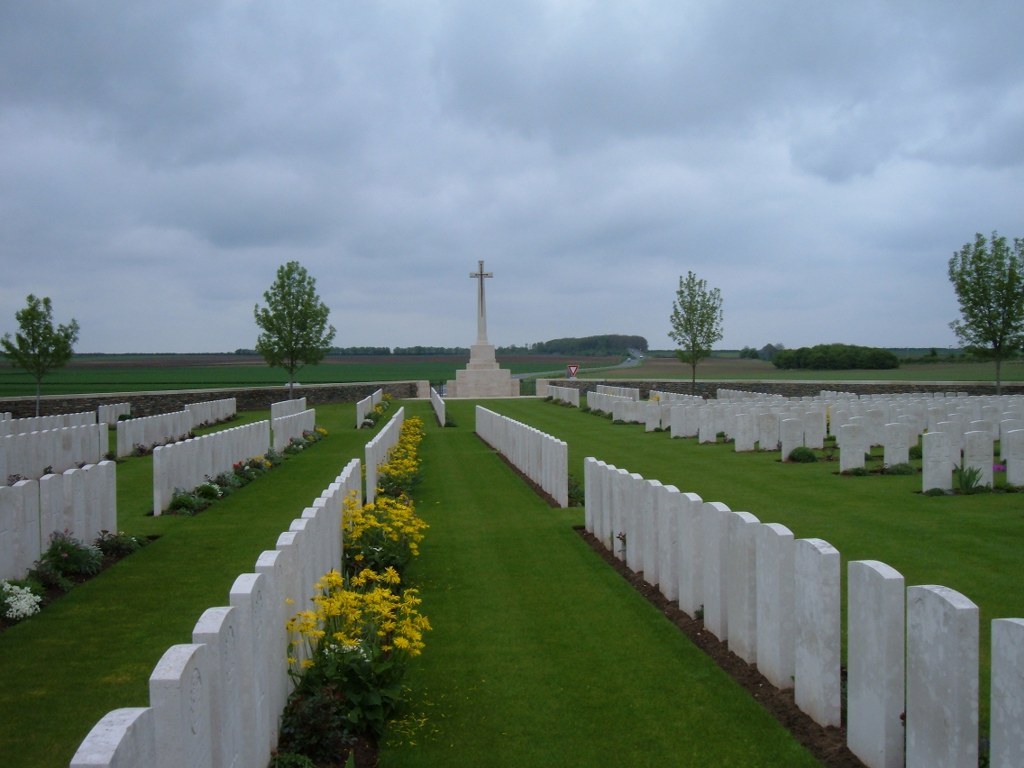 A greater part of the village was included in the front taken over by British troops in March 1916, and the remainder fell into British hands on the first day of the Battles of Arras, the 9th April 1917.

Bailleul Road East Cemetery was begun by the 34th Division in April 1917, and carried on by fighting units until the following November; and Plot I, Row R, was added in August 1918. Plots II, III, IV and V were made after the Armistice by the concentration of isolated graves from a very wide area North, East and South of Arras and from the following two burial grounds:-

NORTHUMBERLAND CEMETERY, FAMPOUX, was on the West side of the road from Fampoux to Bailleul-Sire-Berthoult. This road was called Northumberland Lane, and a neighbouring trench was called Northumberland Avenue. The cemetery was used by fighting units from April to July 1917, and one other burial was made in it in September 1918. It contained the graves of 69 soldiers from the United Kingdom, and these (except seven, which were not found) were concentrated into Plot V of Bailleul Road East Cemetery.

LAGNICOURT "SOLDIERS' CEMETERY" (the German name) was near the South-East side of the village of Lagnicourt. It contained the grave of one R.F.C. Officer who fell in October 1916.

There are now over 1,000, 1914-18 war casualties commemorated in this site. Of these, over half are unidentified, and seven special memorials record the names of soldiers from the United Kingdom buried in Northumberland Cemetery, Fampoux, whose graves could not be found on concentration; and a number of graves in Plot V, identified as a whole but not individually, are marked by headstones bearing the additional words, "Buried near this spot". Every year of the war is represented in the cemetery, but more particularly the last nine months of 1917.

The cemetery covers an area of 4,486 square metres and is enclosed by a rubble wall.