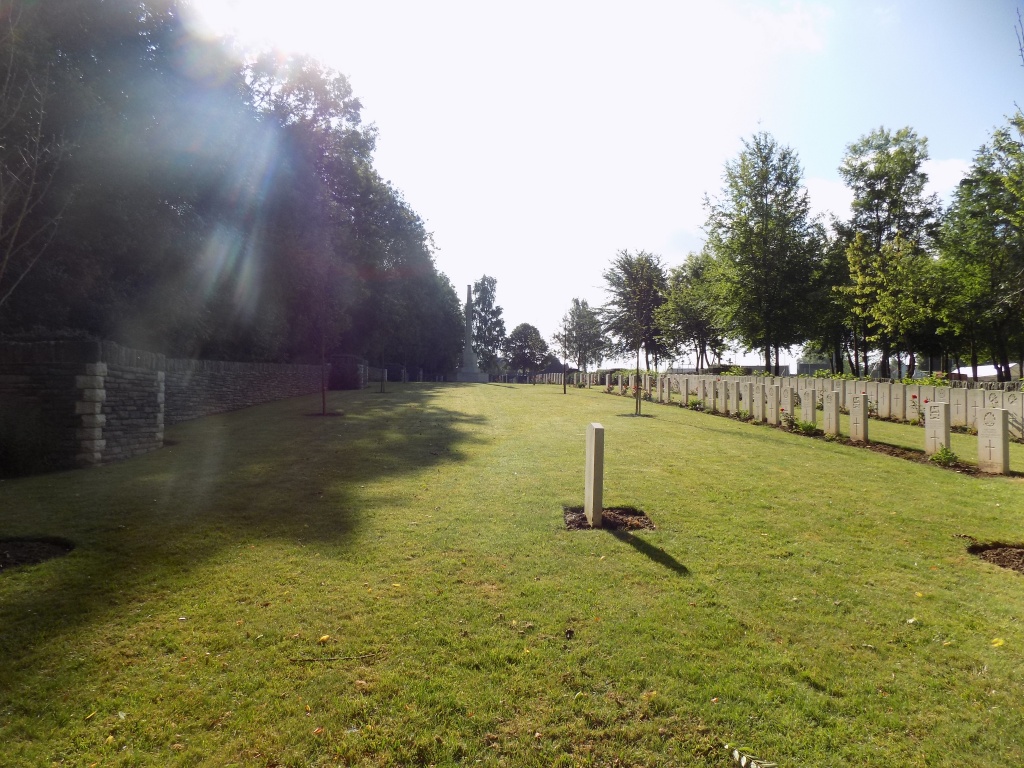 Ecoust-St. Mein is a village 16 kilometres south-east of Arras on the road from Bapaume to Douai. The Cemetery is about 400 metres north east of the main crossroads in the village, on the north side of the most northerly of the two roads to Bullecourt (D10E).

Ecoust-St. Mein was captured by the 8th and 9th Devons in a blizzard on 2 April 1917, lost on 21 March 1918, and retaken at the end of the following August by the 3rd Division. The military cemetery was begun in April 1917 and used by fighting units until March 1918. A number of burials were then made by the Germans and after the Armistice, further graves, almost all of the 2nd/6th North Staffords, were brought into Plot II, Row B from a position just outside the cemetery. Ecoust Military Cemetery contains 156 Commonwealth burials and commemorations of the First World War. Exactly half of the burials are unidentified but a special memorial commemorates one casualty who is known to be buried among them. The cemetery also contains 71 German burials, the majority of them unidentified. The cemetery was designed by W H Cowlishaw.