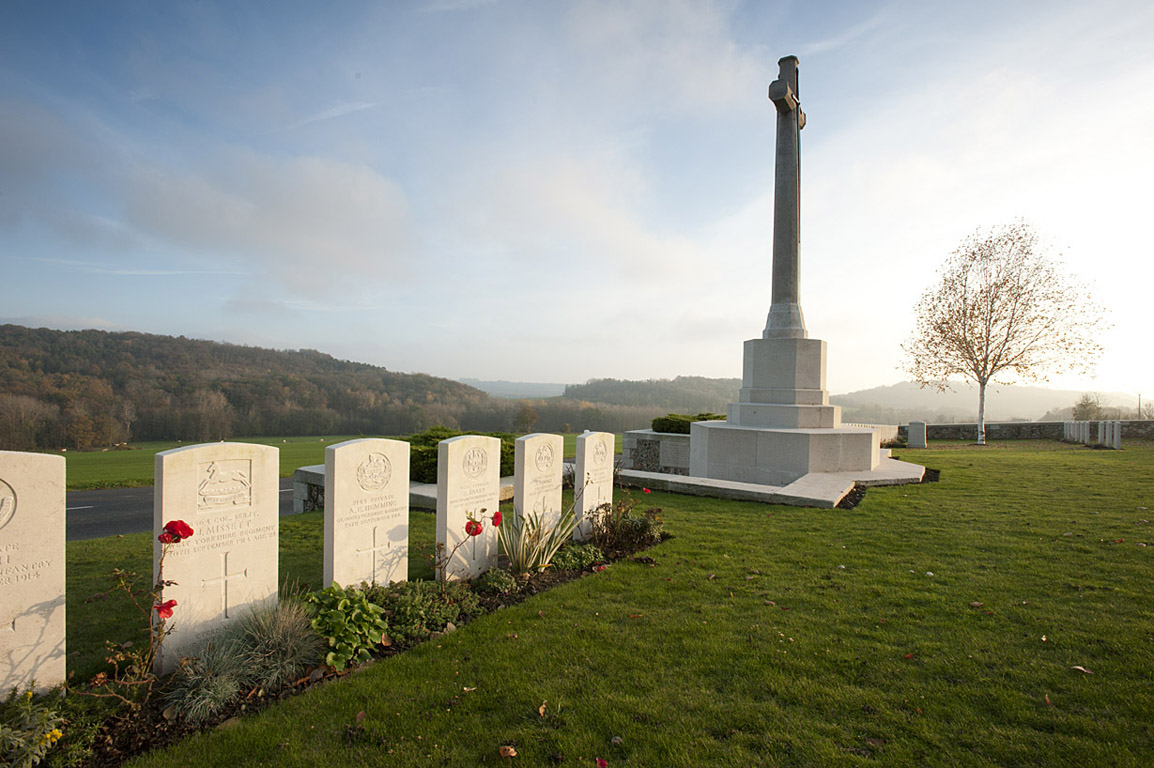 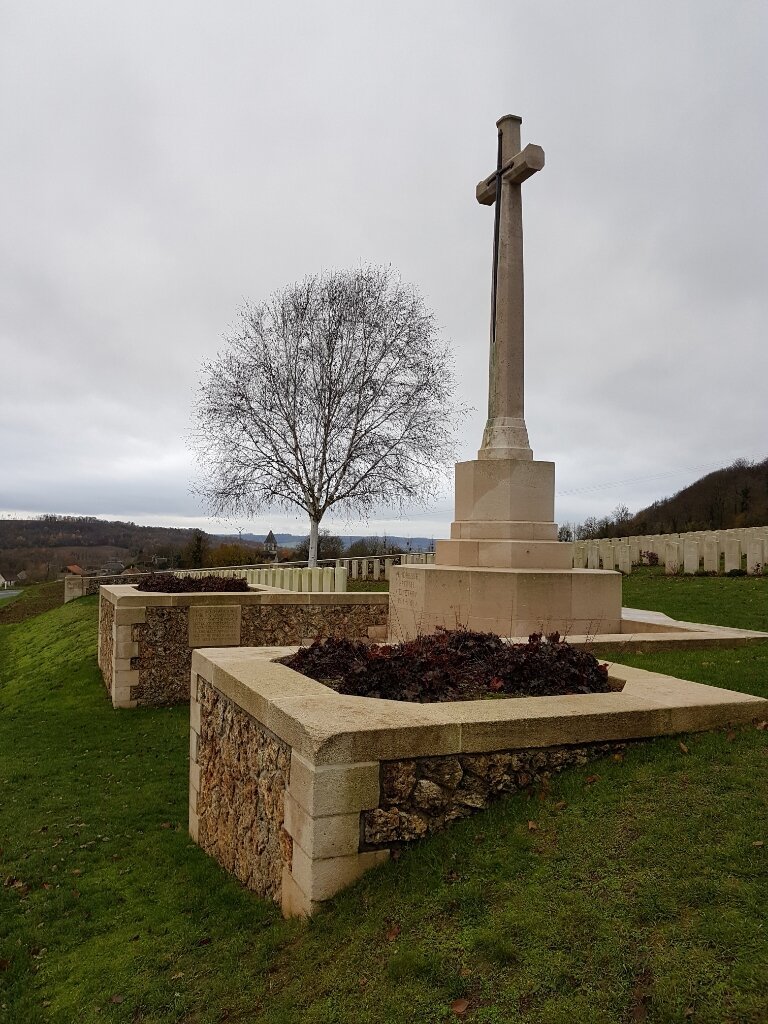 Vendresse-Beaulne is a village in the Department of the Aisne 16 kilometres south of Laon. Vendresse British Cemetery is 800 metres north of the village on the west side of the road to Laon.

The neighbourhood of Vendresse-et-Troyon was the scene of repeated and severe fighting in which British troops took part in 1914 and 1918.

Vendresse British Cemetery was made after the Armistice by the concentration of graves from other cemeteries and from the battlefields.

BEAURIEUX FRENCH MILITARY CEMETERY, where 16 British soldiers were buried by the Germans in May-July 1918.

BOURG-ET-COMIN FRENCH MILITARY CEMETERIES "A" and "B (Madagascar)", where two British soldiers were buried, one in 1914 and one in 1918.

CALIFORNE FRENCH MILITARY CEMETERY, CRAONNE, where one British soldier was buried by the enemy in May 1918.

CERNY-EN-LAONNOIS FRENCH NATIONAL and GERMAN CEMETERIES, both great permanent burial grounds; 59 British soldiers were buried in the German in 1914, and nine in the French in 1914 and 1918.

CHAMOUILLE GERMAN CEMETERY, where 16 British soldiers were buried in 1914.

MOUSSY-SUR-AISNE CHURCHYARD, where 14 British soldiers were buried in September 1914.

VERNEUIL CHATEAU MILITARY CEMETERY, where 46 British soldiers were buried in 1914 from the Dressing Station in the Chateau. In October 1915, the French 57th Infantry Regiment erected a stone memorial (now removed to Vendresse) to their British comrades.

VERNEUIL CHURCHYARD, MARNE, where one British soldier was buried in October 1914.

There are now over 700, 1914-18 war casualties commemorated in this site. Of these, over half are unidentified and almost all of whom fell in 1914 or 1918. Special memorials are erected to three soldiers, known or believed to be buried here in unnamed graves; and other special memorials record the names of 50 United Kingdom soldiers buried in other cemeteries whose graves were destroyed by shell fire. In 37 instances, graves identified collectively but not individually are marked by headstones superscribed: "Buried near this spot".

The British Cemetery covers an area of 2,188 square metres and is enclosed (except on the roadside) by a low stone rubble wall.