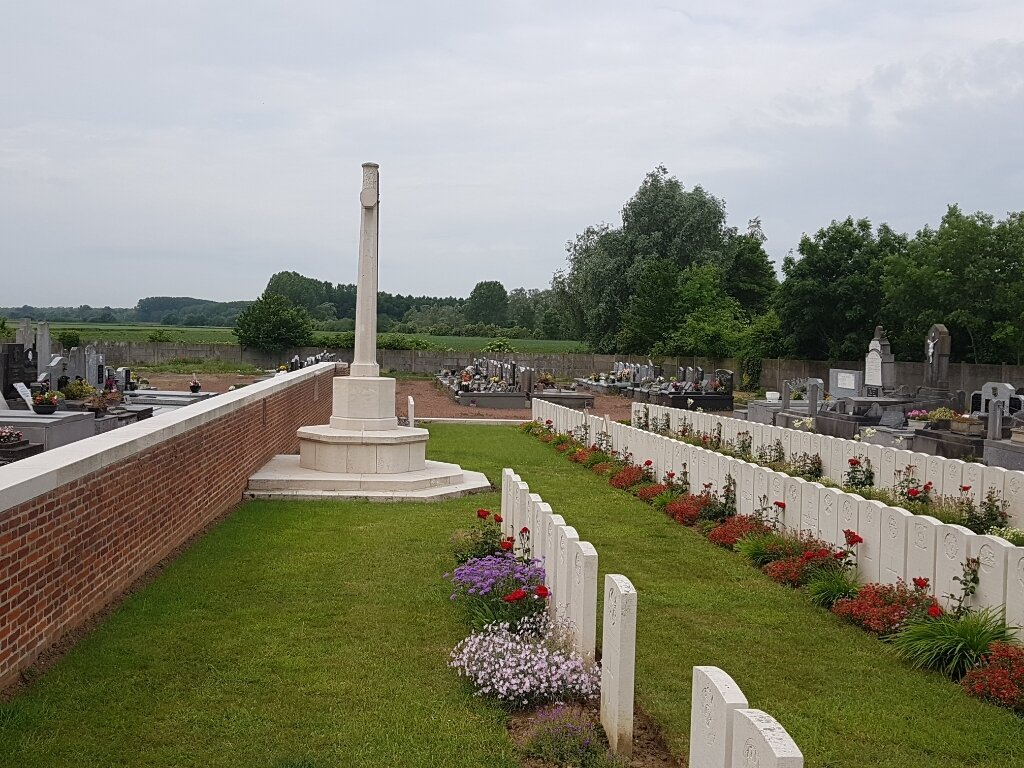 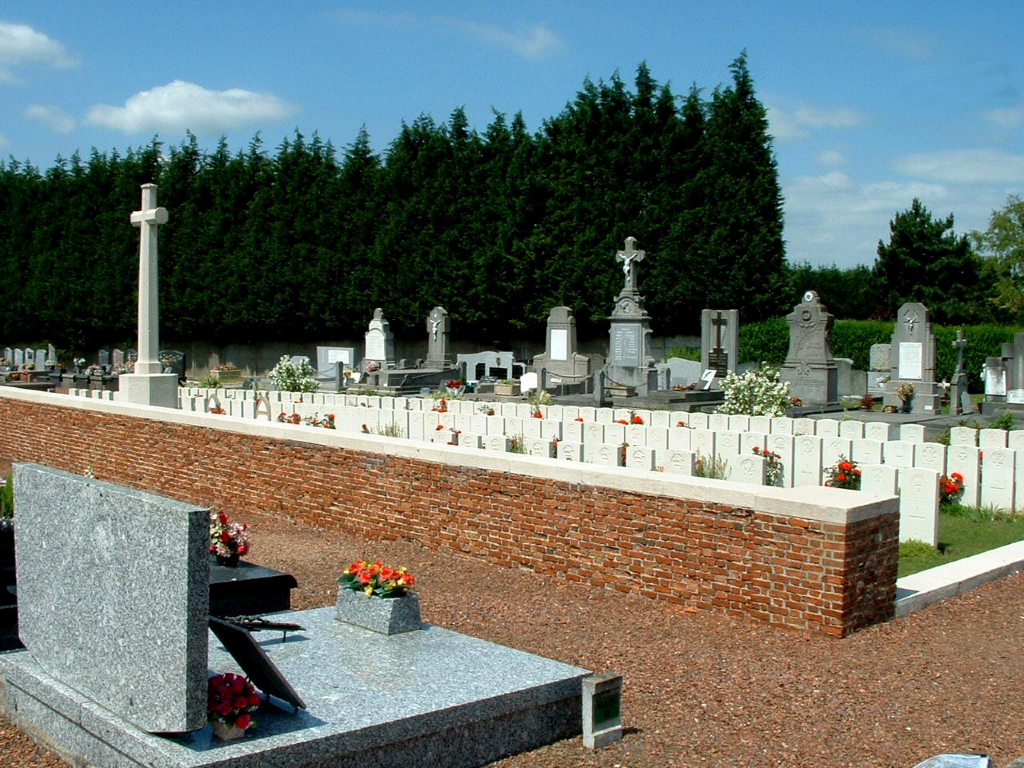 Don is a town and commune in the Department of the Nord, 12 kilometres south-west of Lille. Leave Don on the D41 heading towards Carvin. Continue past the Hotel de Ville on the left hand side of the main road and over the canal. Take the first right onto Rue d'Egalite and the cemetery will be found straight ahead. The British graves are in two plots, one on the north side of the Cemetery and the other in the south-west part.

Annoeullin was held by the Germans from an early date in the War until shortly before the Armistice. No.15 Casualty Clearing Station came to Don on the 25th October, 1918, and remained until the 19th January, 1919, and No.32 came at the end of November and left at the end of December. From these two hospitals soldiers were buried in Don Communal Cemetery, and later a number of bodies were brought in from the neighbouring fields. There are now over 100, 1914-18 and a small number of 1939-45 war casualties commemorated in this site. The British plots cover an area of 406 square metres and are enclosed by stone curbs.