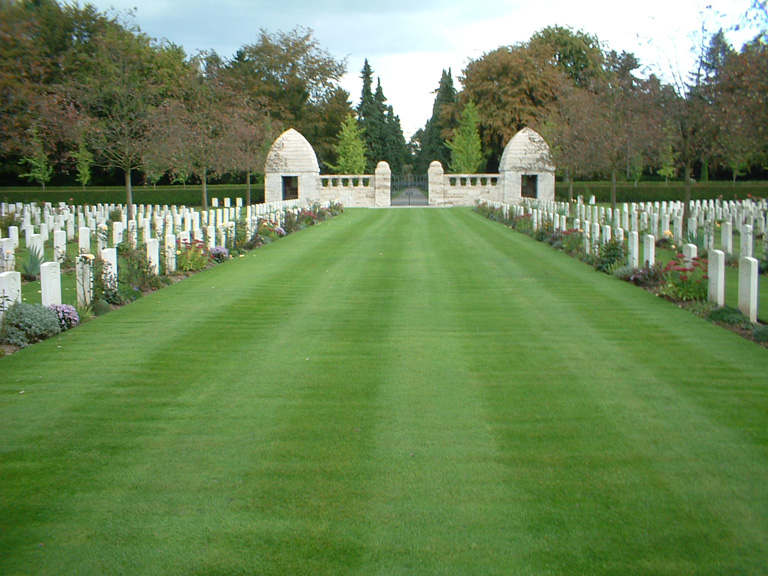 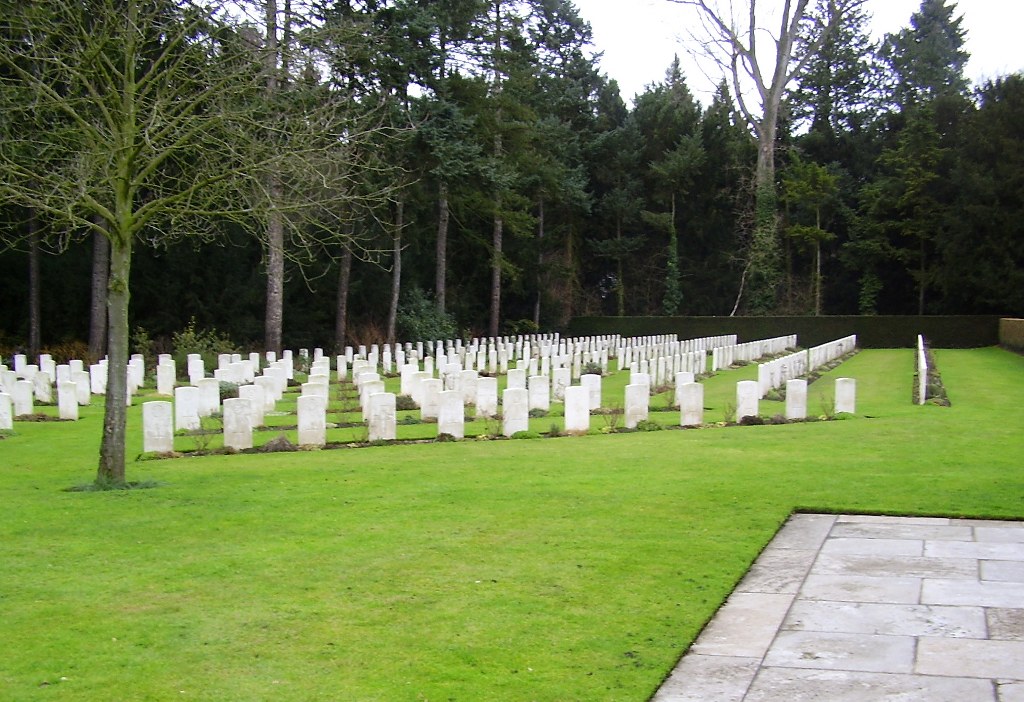 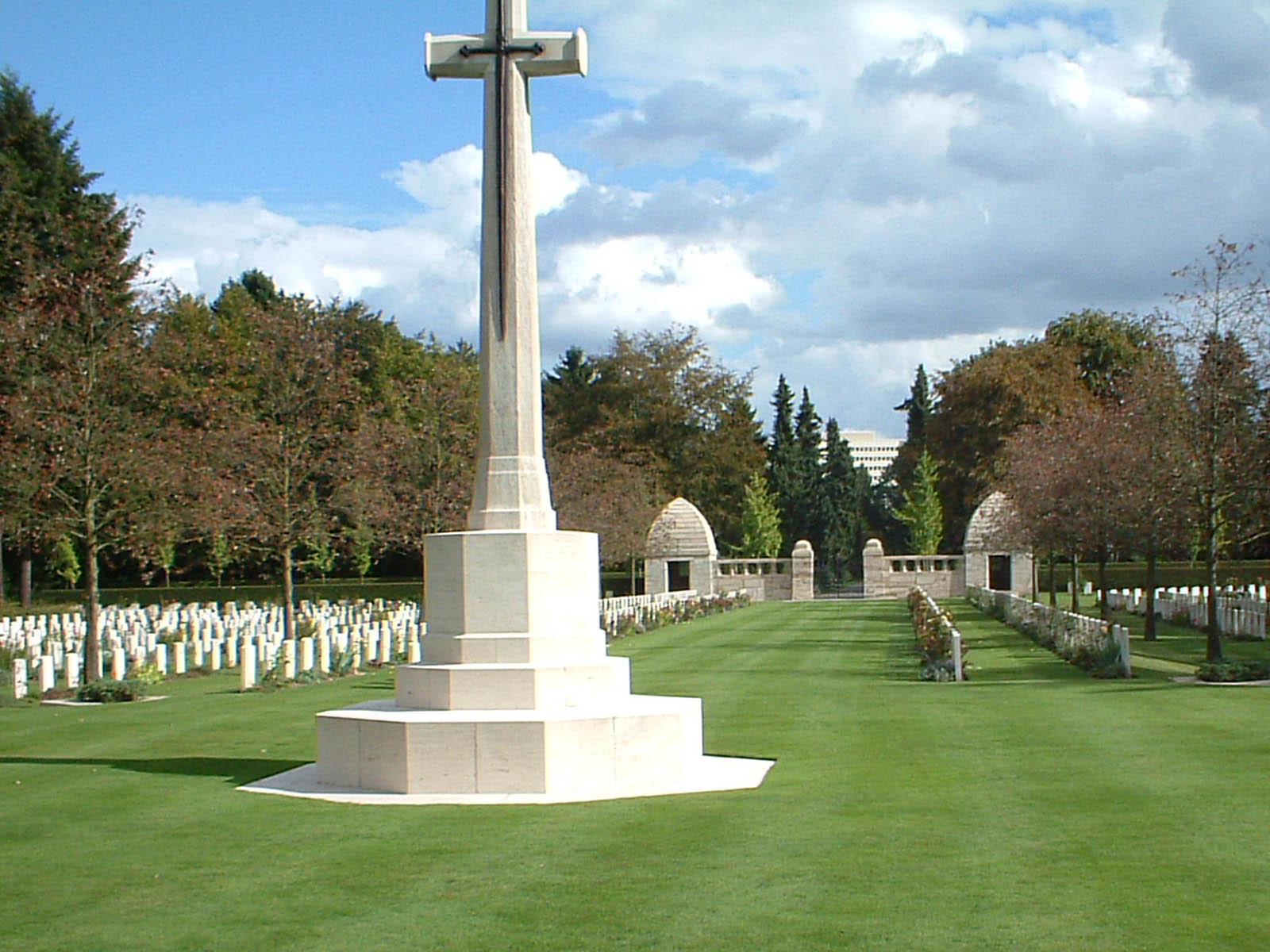 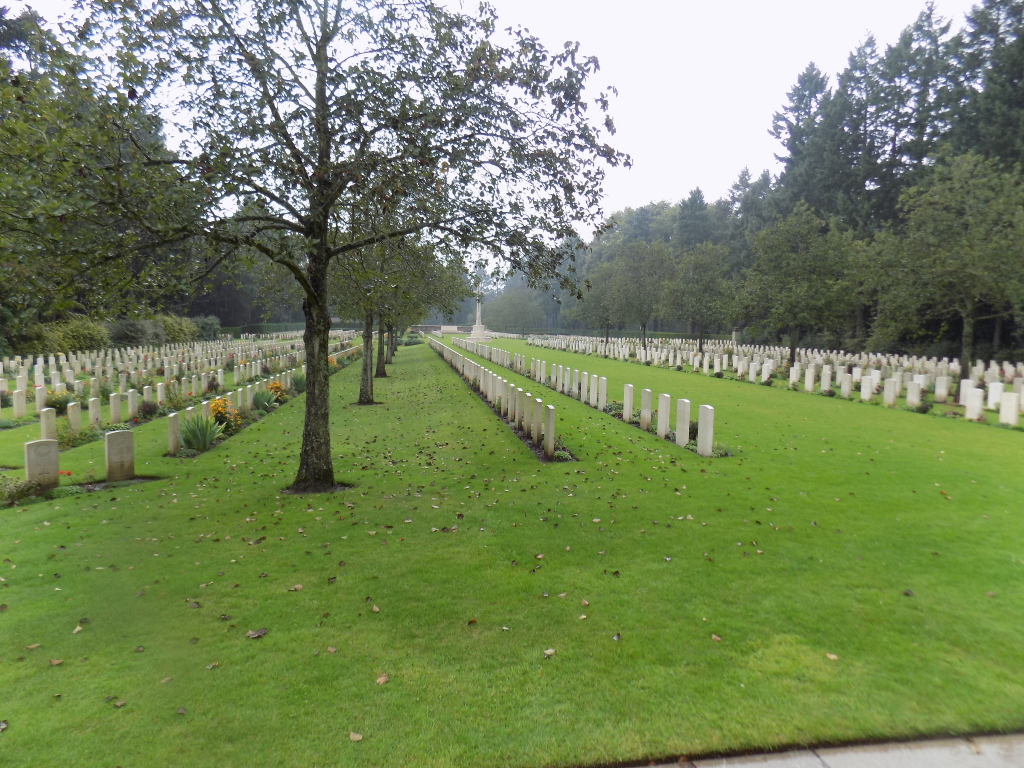 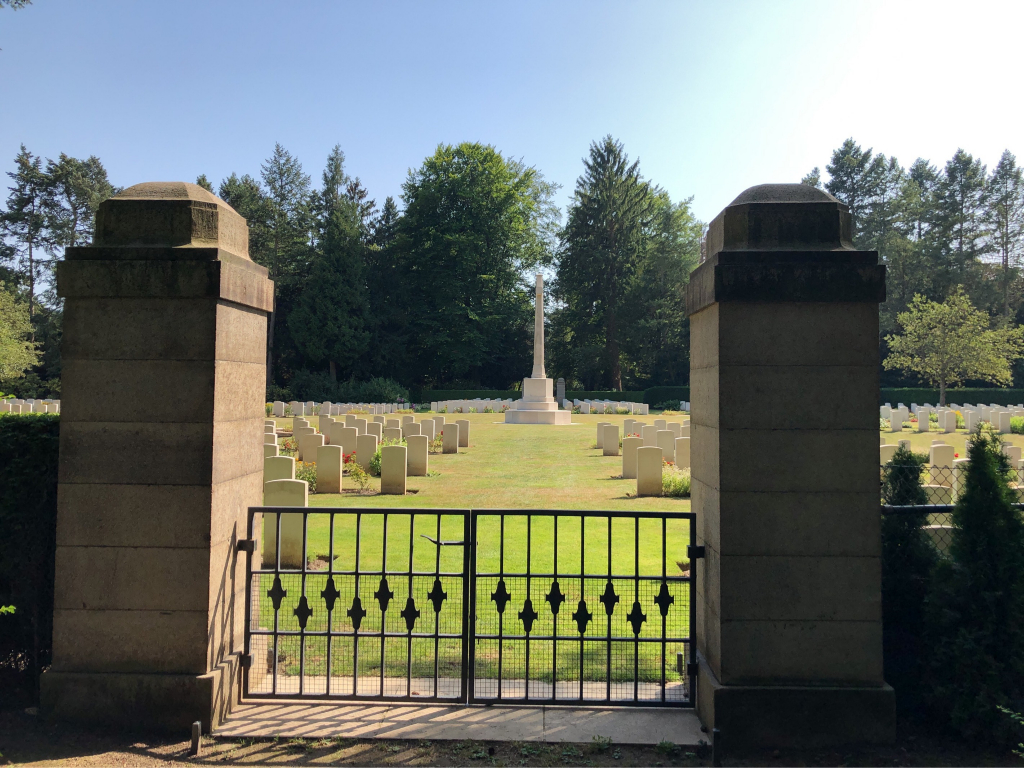 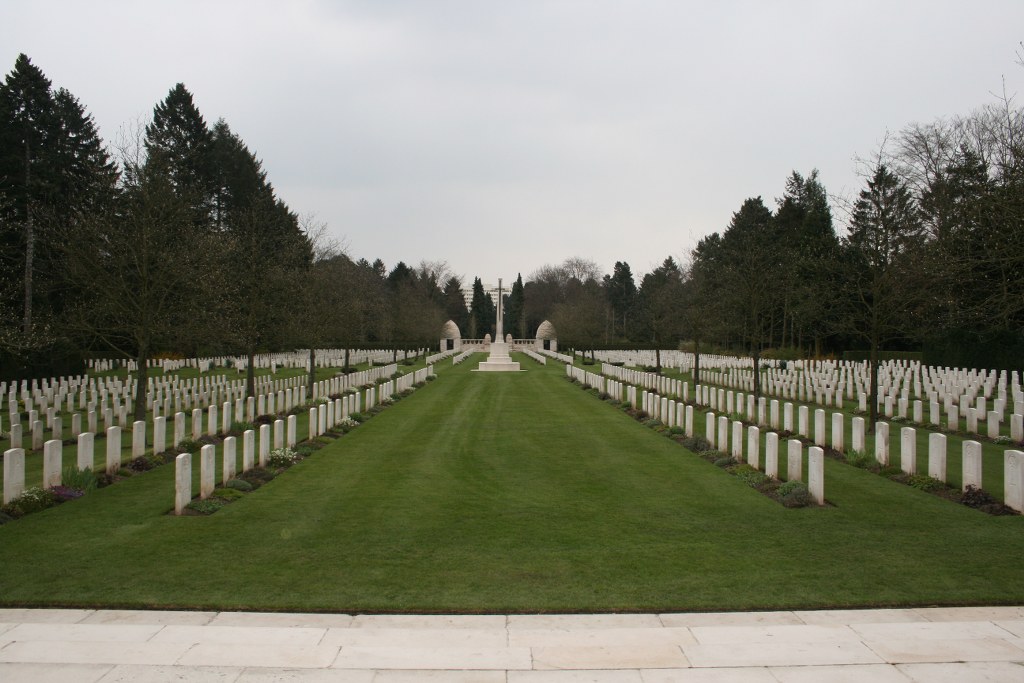 The city of Koln lies in the west of Germany approx 30kms to the north of Bonn. Cologne Southern Cemetery is located within the civilian cemetery, Sudfriedhof Koln. From the A4 Aachen to Olpe motorway take exit 11 (Ausfahrt 11) KOLN-KLETTENBERG. After approx 700m turn right direction ZENTRUM onto the MILITARRINGSTRASSE, follow the road for approx 2kms and turn left onto the BRUHLERSTRASSE. Continue for approx 1km then turn left onto MARKUSSTRASSE. After approx 700m you come to HONINGER PLATZ where the main entrance to the cemetery is. Cologne Southern Cemetery can be reached by following the main cemetery road. Visitors should note that vehicle access is not always guaranteed and Cologne Southern Cemetery is a 10 minute walk from the main cemetery entrance The cemetery address is:- Sudfriedhof Koln Honinger Platz 50969 Cologne Germany GPS Location is:- N 50 54 02 E 06 56 38

More than 1,000 Allied prisoners and dozens of German servicemen were buried in Cologne Southern Cemetery during the First World War. Commonwealth forces entered Cologne on 6 December 1918, less than a month after the Armistice, and the city was occupied under the terms of the Treaty of Versailles until January 1926. During this period the cemetery was used by the occupying garrison. In 1922 it was decided that the graves of Commonwealth servicemen who had died all over Germany should be brought together into four permanent cemeteries at Kassel, Berlin, Hamburg and Cologne. Over the course of the following year, graves were transferred to Cologne Southern Cemetery from over 180 different burial grounds in Hanover, Hessen, the Rhine and Westphalia.

There are now almost 2,500 First World War servicemen buried or commemorated in the Commonwealth plots at Cologne. The Cologne Memorial, located inside the shelter building at the entrance to the Commonwealth plots, commemorates 25 British and Irish servicemen who died in Germany and who have no known grave. Of these, 19 are known to have died as prisoners but their places of burial are not recorded. The remaining six died after the Armistice by drowning and their bodies were not recovered. The Commonwealth section of the cemetery also contains over 130 Second World War graves, mostly those of servicemen who died with the occupying forces. In addition, the Commission maintains in this section 676 non-war graves, 30 graves of other nationalities and the graves of 4 members of the Commission staff.

Commonwealth Prisoners of War in Germany during the First World War

Between the outbreak of war in August 1914 and the Armistice of November 1918, the German forces captured almost 300,000 Commonwealth servicemen on the Western Front. Approximately one third of these prisoners were held in German occupied territory in France and Belgium, but most were transported to camps located throughout Germany. In common with the other belligerent states, Germany was poorly equipped to house, feed and clothe large numbers of enemy troops, but prisoners of war had been granted certain rights under international agreements established at Geneva in 1864 and at The Hague in 1899 and 1907. The Red Cross also monitored conditions in the camps and ensured that food, clothing, and personal correspondence sent from Britain was safely delivered to prisoners. In June 1917, and again in July 1918, the British and German governments agreed to exchange prisoners who were too badly wounded to fight again, and hundreds of prisoners were repatriated through the Netherlands. Finally, the fear that the thousands of German prisoners in Britain and France would be mistreated in retaliation meant that Allied POWs often enjoyed quite humane treatment. This was especially the case for officer prisoners, who were segregated into separate camps and not forced to work.

Despite these various checks on the mistreatment of prisoners, conditions in German camps varied widely and as many as 12,000 Commonwealth servicemen died in captivity. Some of these men were badly wounded when taken prisoner and died shortly after arriving in Germany. Some prisoners also died as a result of violence perpetrated by their captors, but although violence was common, particularly during the first year of the war, the killing of prisoners was rare. Non-commissioned officers and privates were often forced to work and some died of exhaustion or accidents while labouring in coalmines, stone quarries or steel works. Yet by far the most common cause of prisoner death in wartime Germany was disease. Prisoners weakened by wounds, poor diet, or fatigue were particularly susceptible to the effects of disease and an outbreak of typhus in 1915 and the influenza epidemic of 1918 had a devastating effect on the Allied prisoner population.

The memorial takes the form of panels set inside the north shelter building at the entrance to the Commonweatlh plots in Cologne Southern Cemetery. It commemorates 25 servicemen of the United Kingdom who died in Germany and who have no known grave. Of these, 19 are known to have died as prisoners and their places of burial are not recorded. The other six died after the Armistice by drowning and their bodies were not recovered.

*The following cemeteries are among those from which graves were brought to Cologne:

BONN (POPPELSDORF) CEMETERY, 133 service and one civilian burial, all of 1919. The 47th General Hospital and the 21st Casualty Clearing Station were posted at Bonn.

EUSKIRCHEN NEW TOWN CEMETERY, 75 service and one civilian burials of 1918-1919. The 42nd Stationary Hospital and the 47th Casualty Clearing Station were posted at Euskirchen.