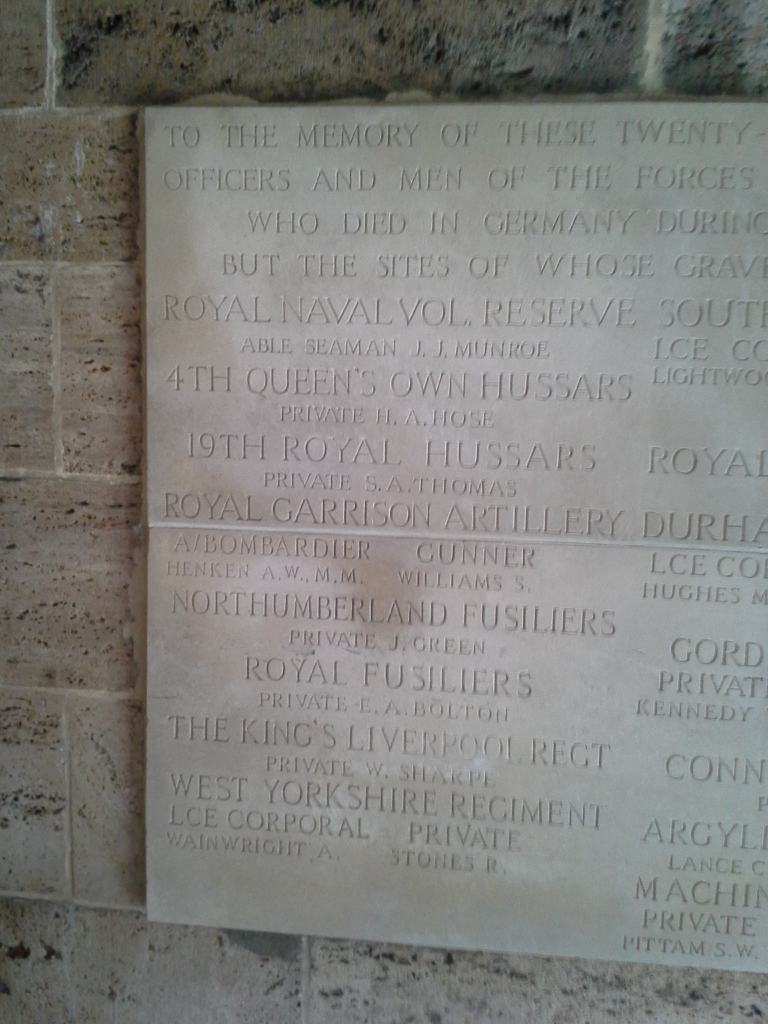 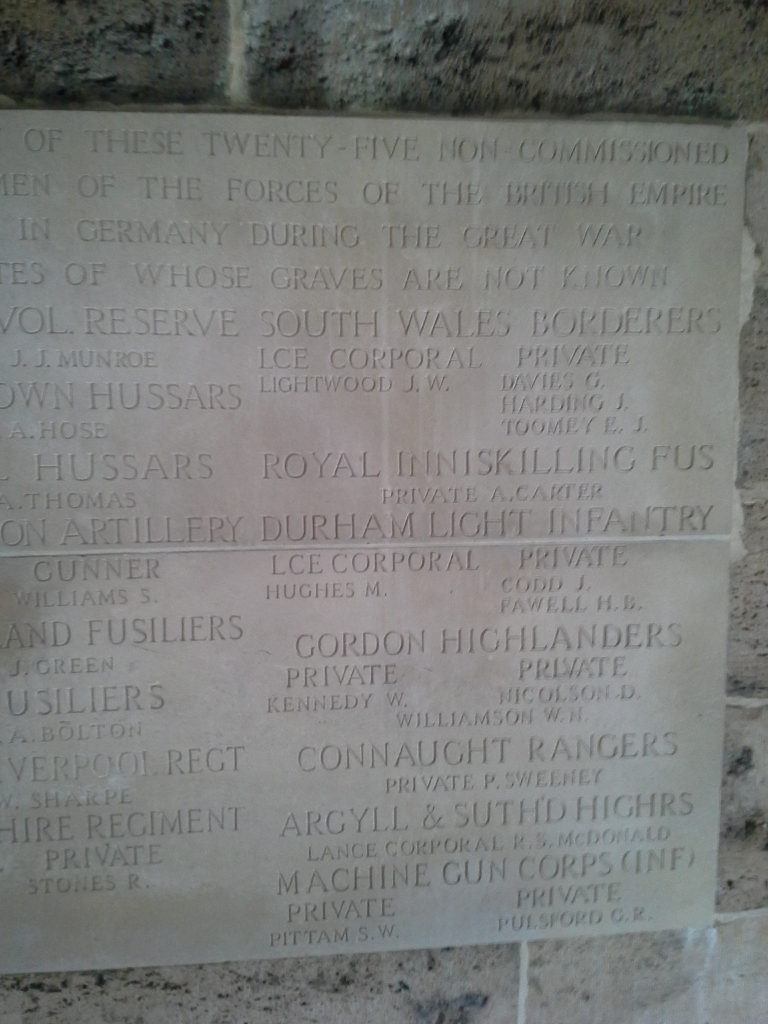 The Cologne Memorial stands in Cologne Southern Cemetery, which is within a large civil cemetery known locally as Koln Sudfriedhof, about 5 kilometres south of the centre of Cologne, on the Honigerweg. The cemetery may also be approached from the E40 (A4) motorway, by taking Junction 11 towards Koln-Klettenberg. Turn right onto the Luxemburger Strasse (B265) for 750 metres, then at the first traffic lights, near the railway, turn right onto the Militarringstrasse. Follow the Militarringstrasse for about 2.5 kilometres, then at the traffic lights turn left onto Bruhler Strasse. After 750 metres turn left onto Markusstrasse. The entrance to the Koln Sudfriedhof cemetery will be seen on the left when entering Honinger Platz. On entering Koln Sudfriedhof, follow the main cemetery road which leads to Cologne War Cemetery.

The COLOGNE MEMORIAL takes the form of panels set inside the north shelter building at the entrance to the Commonwealth plots in Cologne Southern Cemetery.

The memorial was designed by Sir Robert Lorimer. It commemorates 25 servicemen of the United Kingdom who died in Germany and who have no known grave. Of these, 19 are known to have died as prisoners and their places of burial are not recorded. The other six died after the Armistice by drowning and their bodies were not recovered.

COLOGNE SOUTHERN CEMETERY was used during the war for the burial of more than 1,000 Allied prisoners, as well as German servicemen. After the Armistice it was used by the occupying garrison.

In 1922 it was decided that the graves of Commonwealth servicemen who had died all over Germany should be brought together into four permanent cemeteries. Cologne Southern was one of those chosen and the following year, graves were brought in from 183 burial grounds* in Hanover, Hesse, the Rhine and Westphalia.

There are now 2,482 First World War servicemen buried or commemorated in the Commonwealth plots at Cologne. The total includes special memorials to a number of casualties buried in other cemeteries in Germany whose graves could not be found.

The Commonwealth section of the cemetery also contains 132 Second World War graves, mostly those of servicemen who died with the occupying forces. There are, in addition, 676 non-war graves and 29 burials of other nationalities.