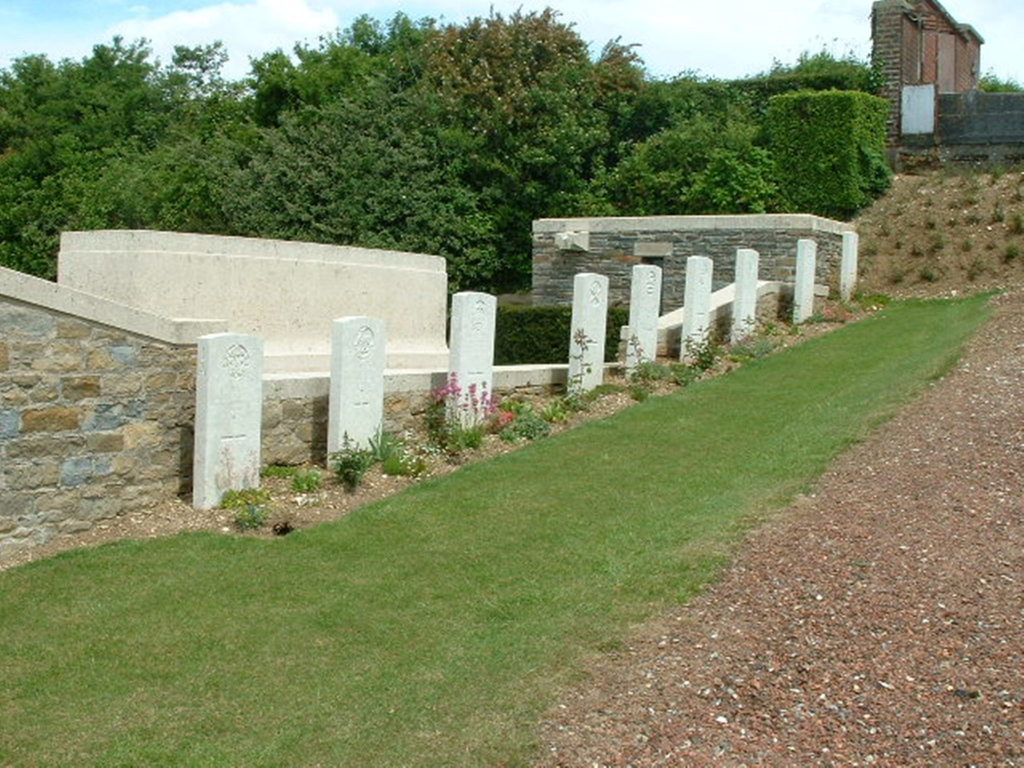 Gezaincourt is a village a little south-west of the town of Doullens, halfway between the main roads from Doullens to Abbeville and Doullens to Amiens. The Communal Cemetery and Extension are on the east side of the village. There is a Commonwealth War Graves Commission signpost outside Doullens on the road towards Amiens.

This cemetery is permanently open and may be visited at any time. The location or design of this site makes wheelchair access impossible. For further information regarding wheelchair access, please contact our Enquiries Section on 01628 507200.

The COMMUNAL CEMETERY at Gezaincourt contains nine Commonwealth burials of the First World War, made between October 1915 and March 1916 The adjoining EXTENSION was opened in March 1916 and used until March 1917, and again from March to October 1918. In most cases, the burials were carried out from casualty clearing stations and, in June to August 1918, from the 3rd Canadian Stationary Hospital. The extension contains 596 Commonwealth burials of the First World War, 3 of which are unidentified, and a plot of 76 German graves. There are also six Second World War burials, all dating from the early months of the war before the German advance. The extension was designed by Sir Edwin Lutyens.