Discover more about the history of Cambridge City Cemetery and plan a visit through our Our War Graves, Your History project. 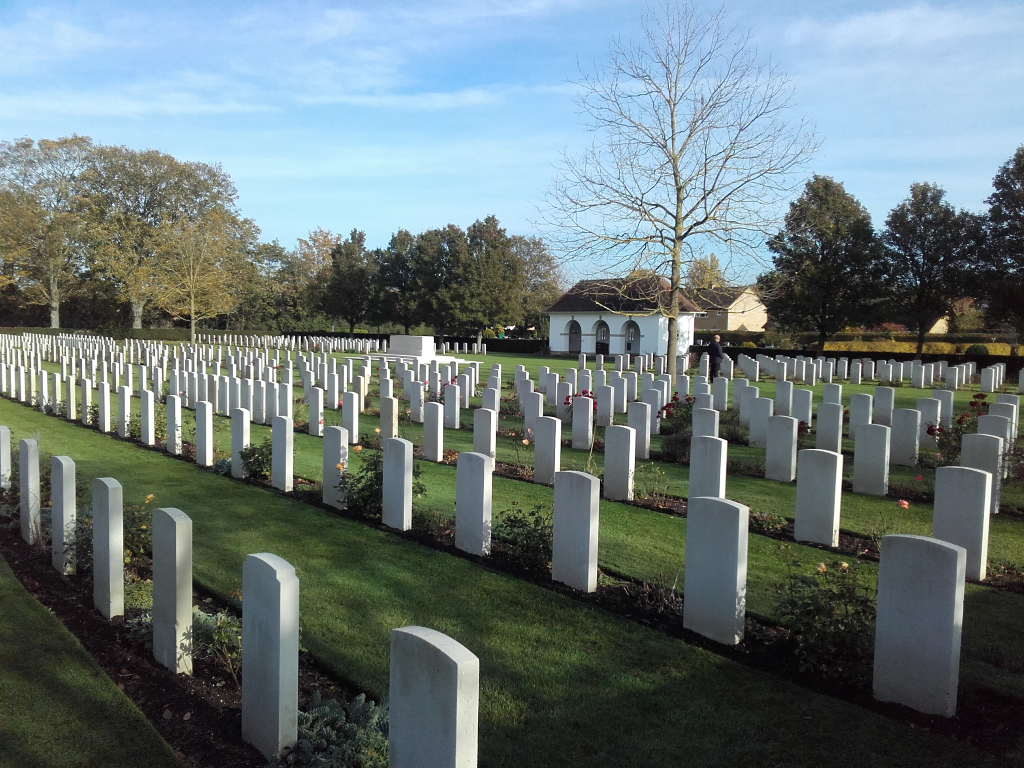 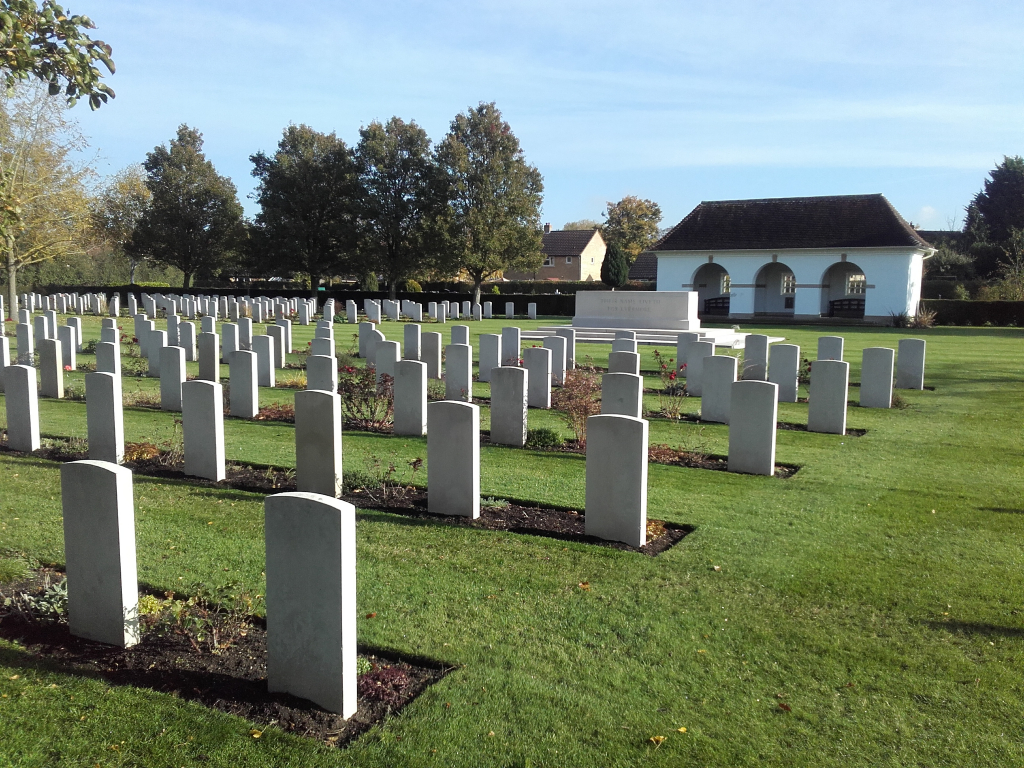 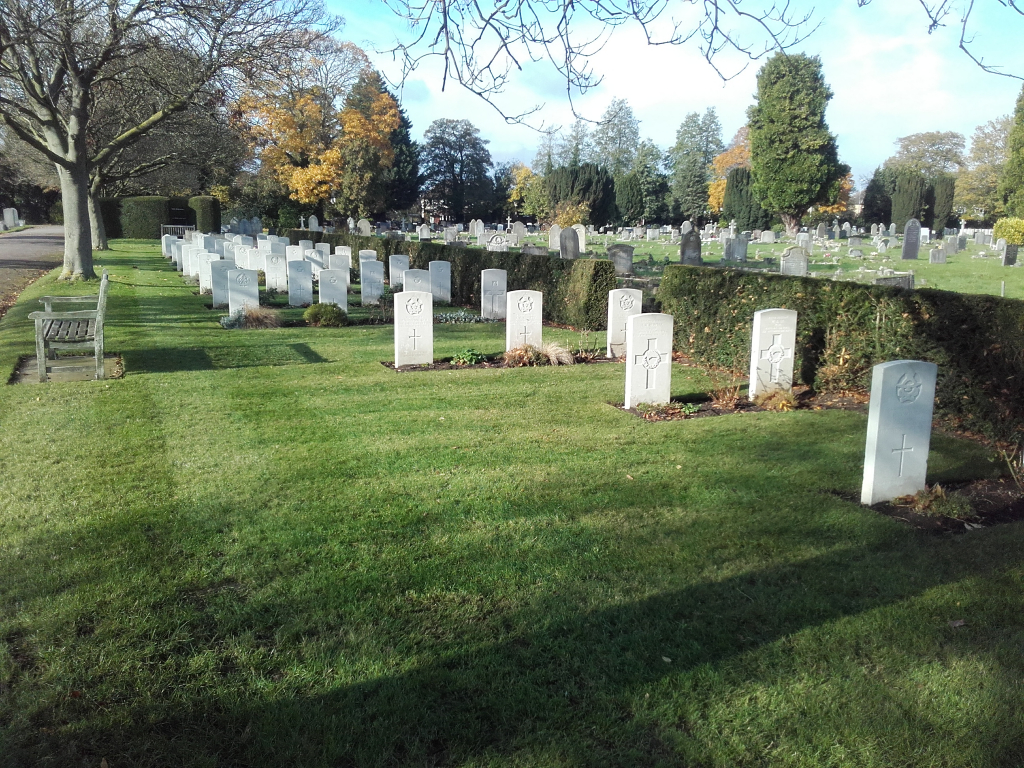 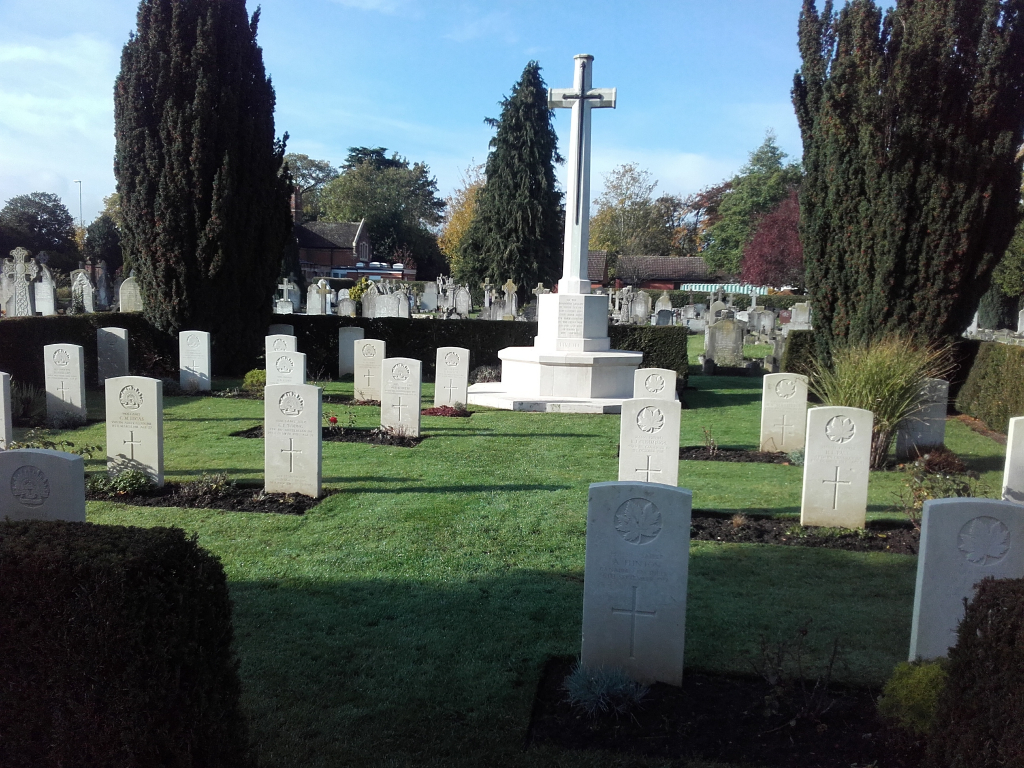 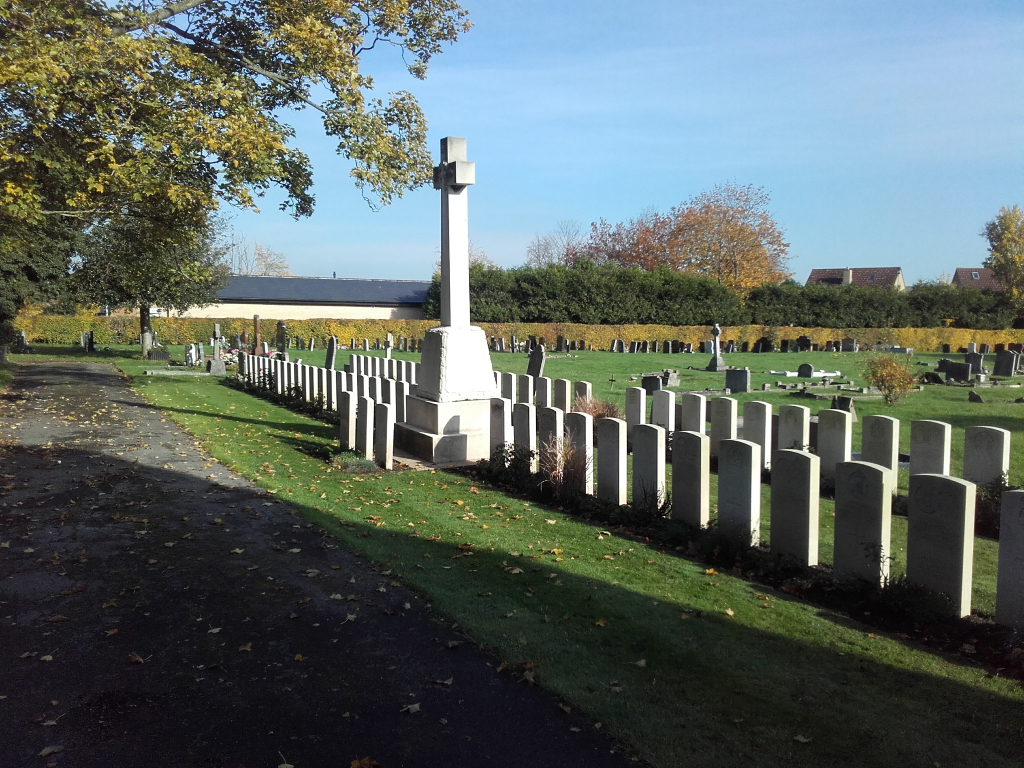 A Visitor Information Panel has recently been installed at Cambridge City Cemetery to provide information about the war casualties buried here. This is one of many panels being erected to help raise awareness of First and Second World War graves in the UK (Apr 2013).

The 1st Eastern General Hospital, with 1,173 beds, was posted to Cambridge during the First World War, initially at the Leys School and Trinity College, later in huts. The First World War burials in Cambridge City Cemetery are mostly in two plots, one in the southern part of the burial ground, known as the Dominion Plot, and the other on the northern boundary. The Cross of Sacrifice stands on the western border of the Dominion Plot, while in the centre of the other is a memorial cross of Portland stone which was erected by private subscription.

The Second World War graves are also mainly in two War Graves Plots with a few others scattered throughout the cemetery The general Service plot was established in 1940, and the Air Force plot in 1942 for the burial of casualties from the Air Force stations set up in the eastern counties during the war. These included Bomber Command bases in Lincolnshire and fighter stations in Norfolk and Suffolk. The Stone of Remembrance, which was unveiled by Marshal of the Royal Air Force Lord Tedder in July 1951, stands near the centre of the Air Force plot.