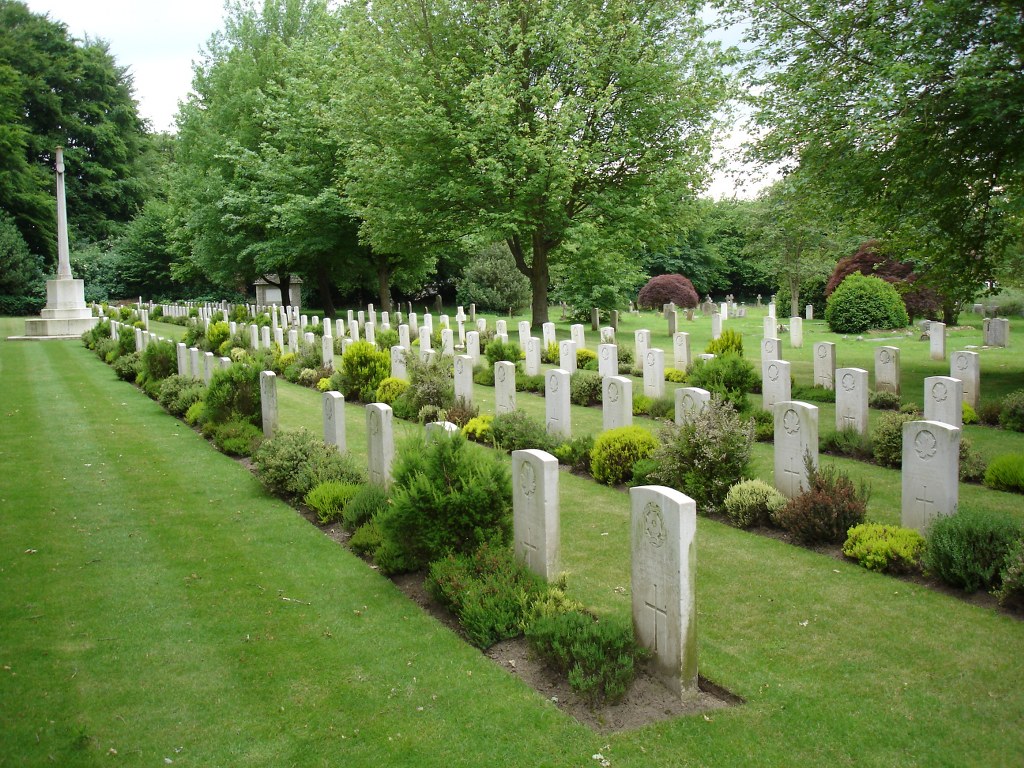 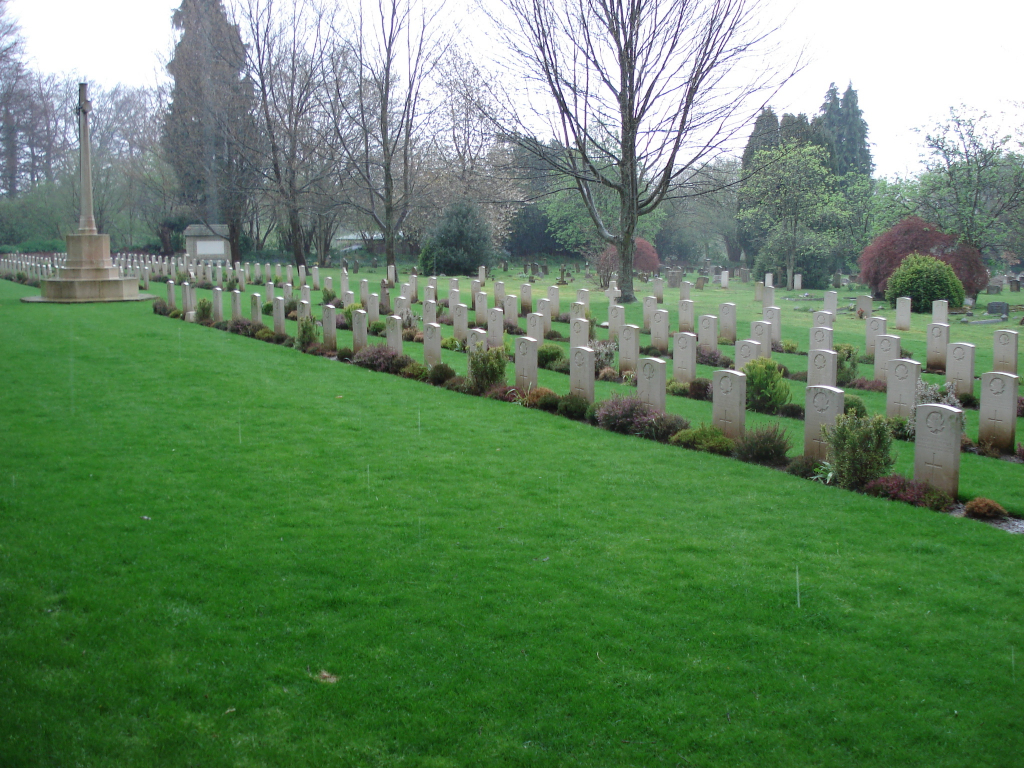 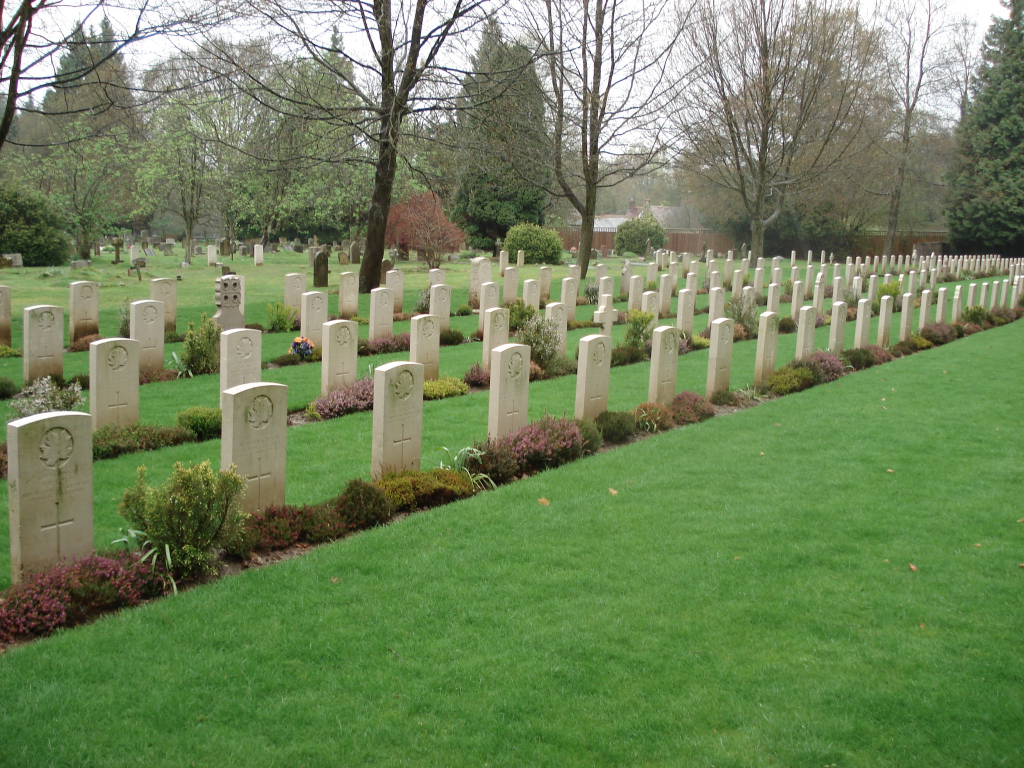 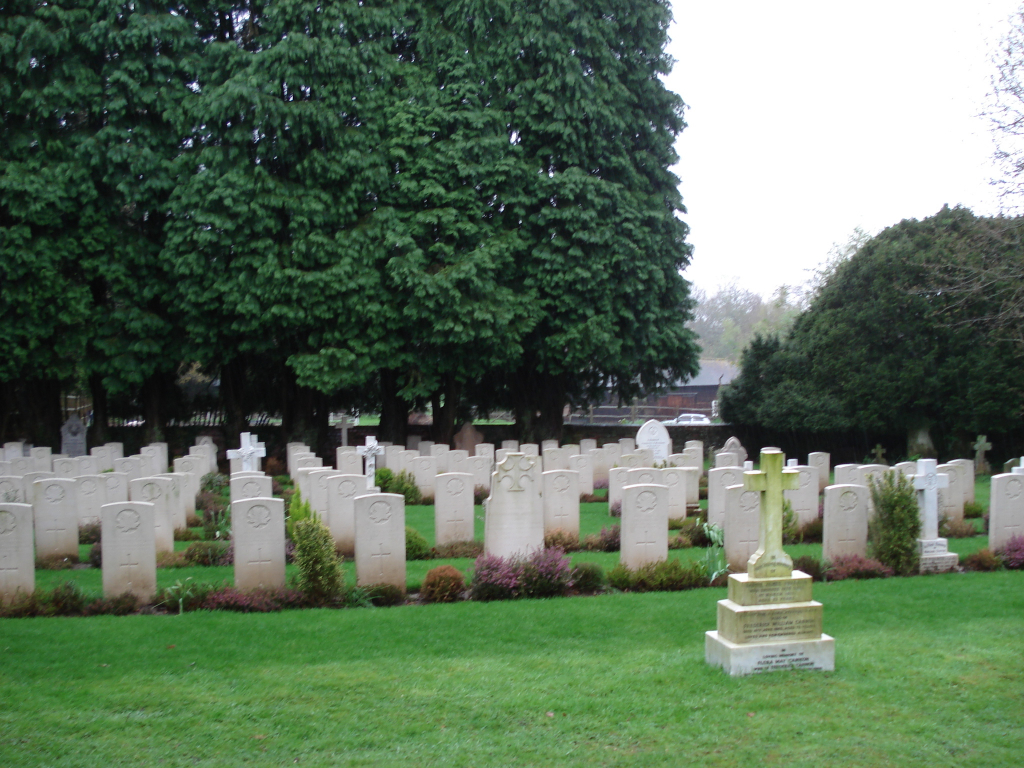 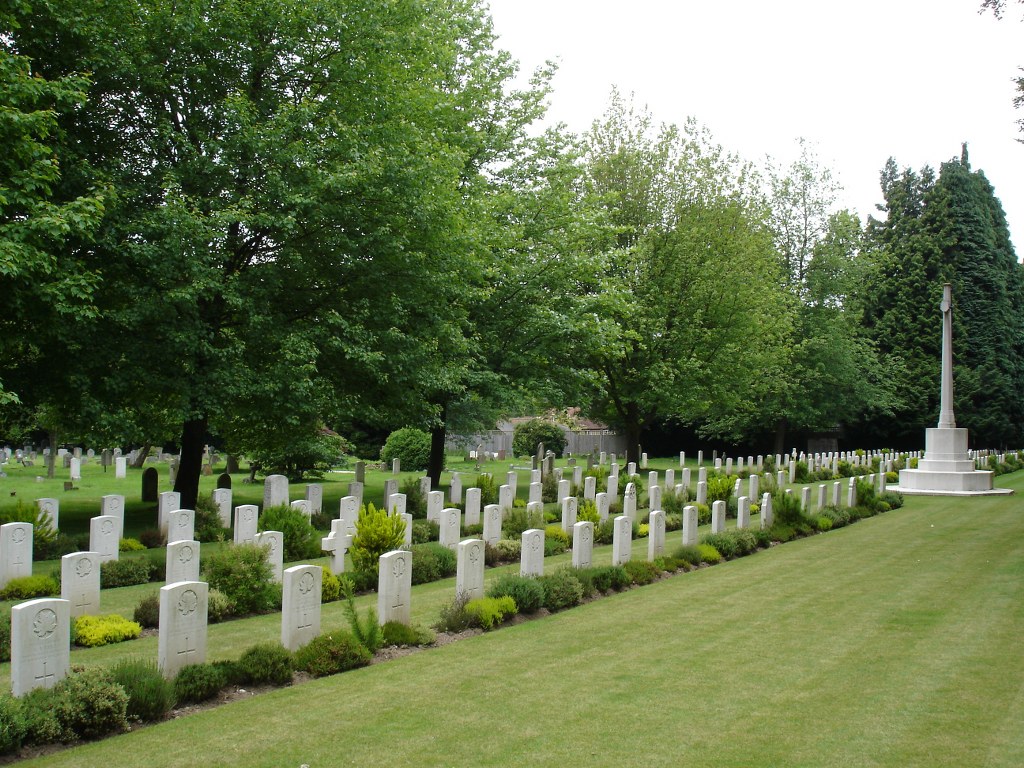 From the autumn of 1915, to October, 1919, a Canadian Training Centre was placed in the open country on both sides of the Portsmouth road, between the turnings to Grayshott and to Bramshott; and the soldiers who died in No. 12 Canadian General Hospital, which served the camp, were buried in Branshott Churchyard, or (in the case of the Roman Catholic soldiers) in the Churchyard of St. Joseph's Church, at the West end of Grayshott. The first burials at Bramshott took place in Plot I, which is part of the original Churchyard; but in time it became necessary to enlarge the Churchyard, and an extension (Plots II and III) was formed. The original Churchyard and the Eastern side of the extension are bounded by a wall, and on the same side, between Plots II and III, is the War Cross which was dedicated on Sunday 24th April 1921.