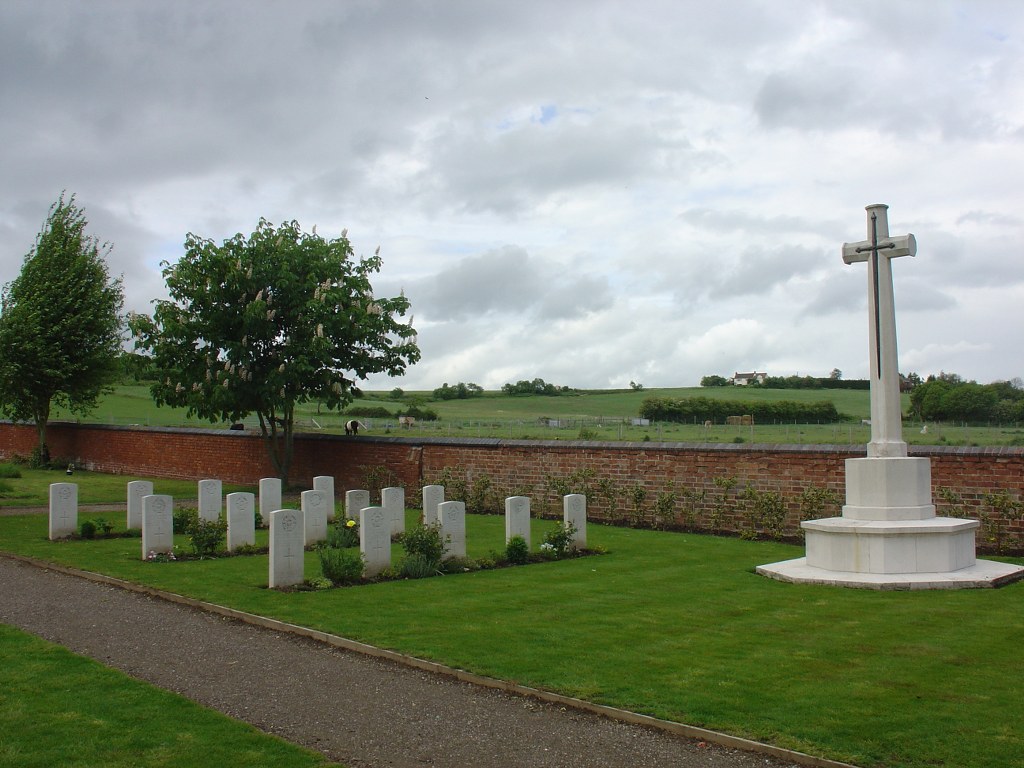 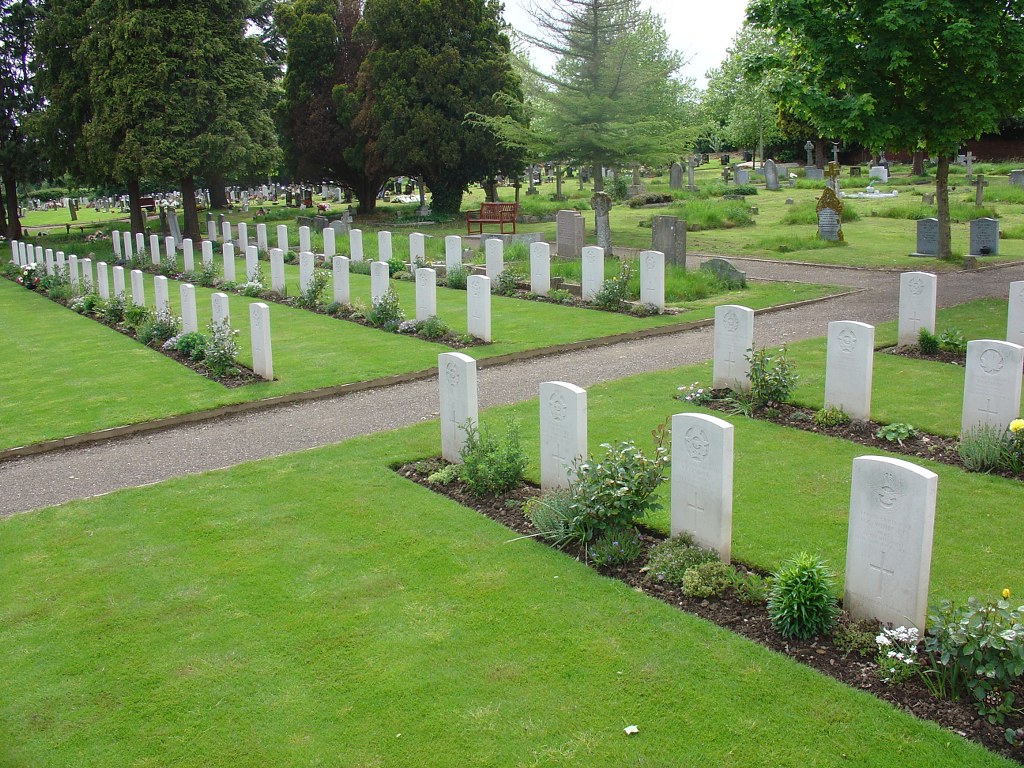 During the Second World War, there was a Royal Air Force station at Pershore and most of the 64 burials in Pershore Cemetery from this period are of airmen, 41 of them Canadian. The majority of these graves are in a war graves plot. The cemetery also contains eight scattered burials from the First World War.