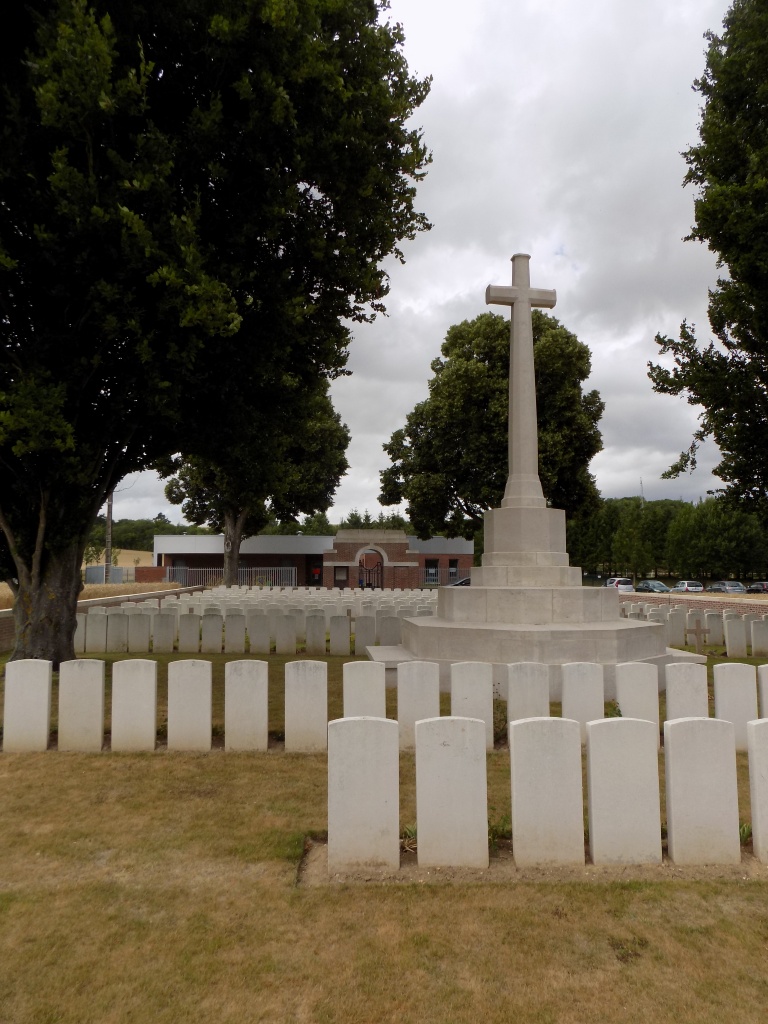 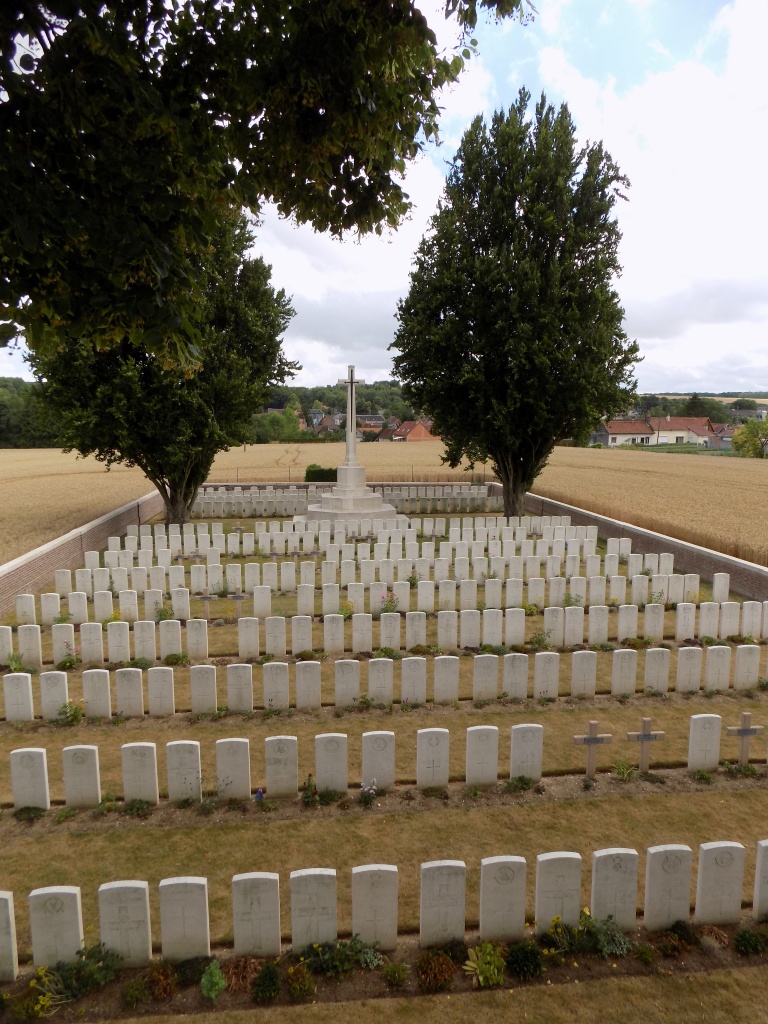 Namps-au-Val is a village in the Department of the Somme approximately 16 kilometres south-west of Amiens. The British Cemetery is between the village and the railway station.

At the end of March 1918, when the German offensive in Picardy began, the 41st, 50th and 55th Casualty Clearing Stations came to Namps-au-Val, remaining until the middle of April. Almost all the burials in the cemetery were carried out by them, but nine graves in Plot II, Row D, were brought after the Armistice from CONTY FRENCH MILITARY CEMETERY. The cemetery contains 408 Commonwealth burials of the First World War and one from the Second World War. There are also 16 French war graves. The cemetery was designed by Sir Reginald Blomfield.