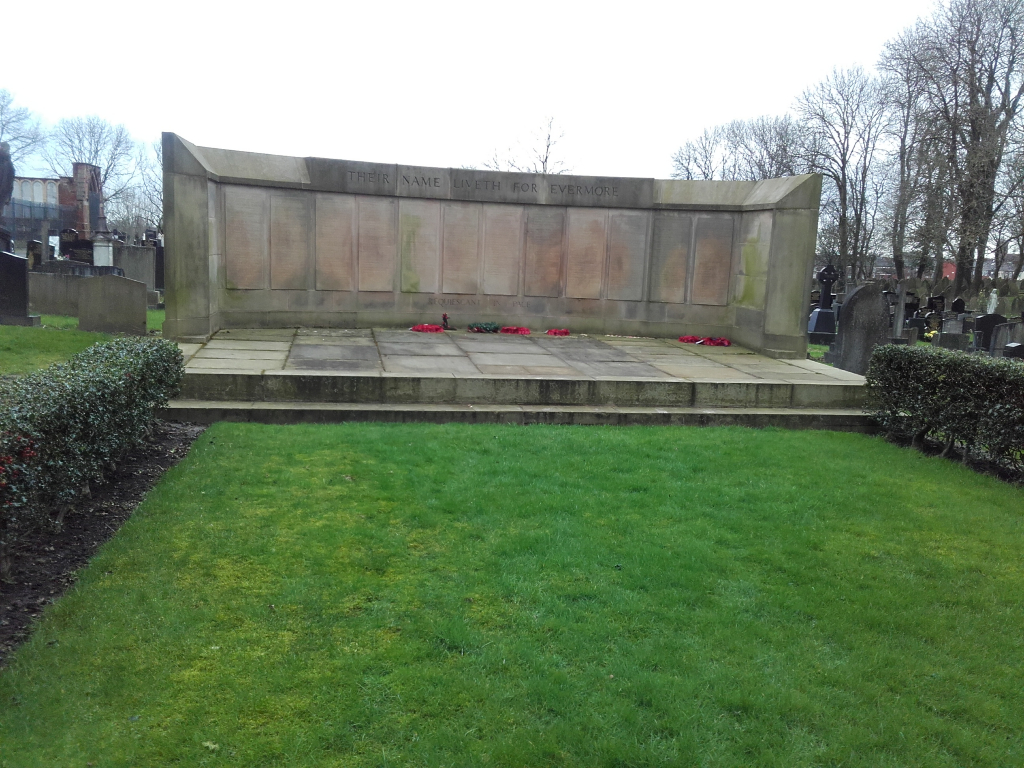 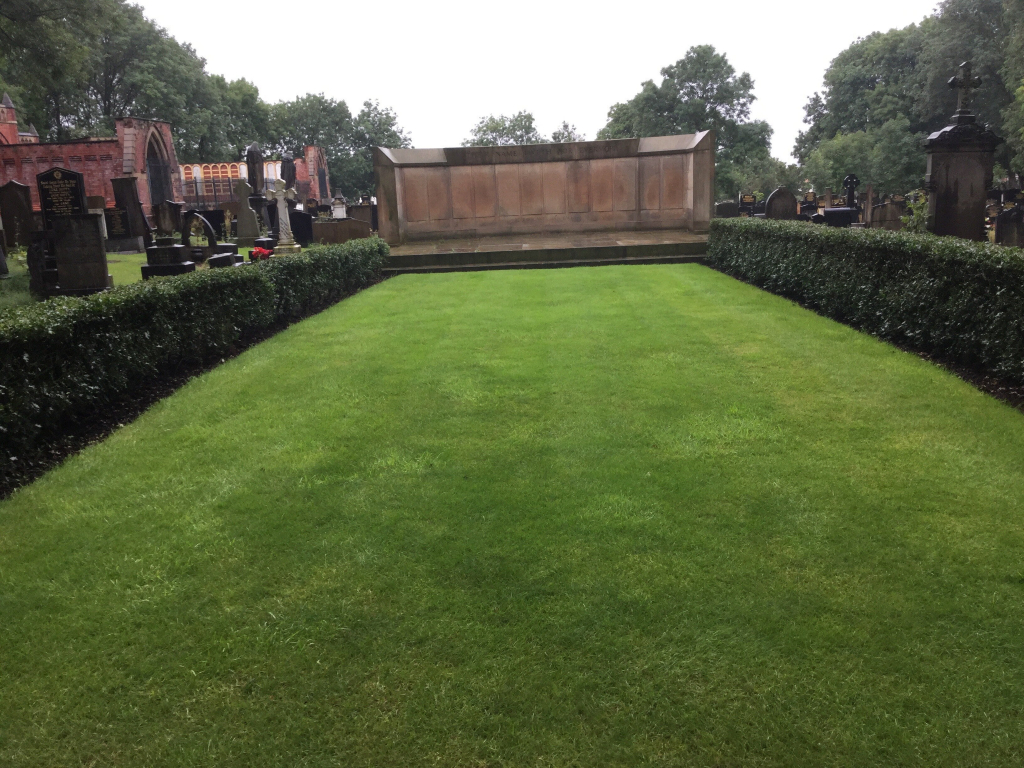 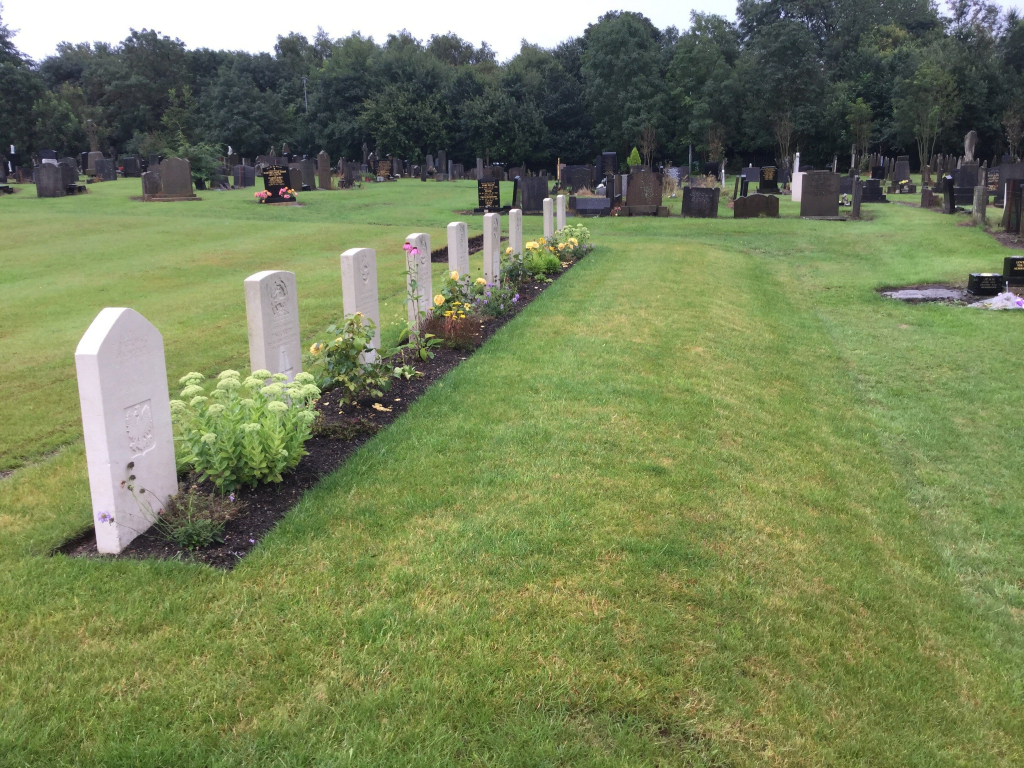 There are casualties of both the World Wars commemorated in this cemetery.

The casualties of the 1914-1918 war are mostly named on a Screen Wall (including those of eleven Belgium soldiers whose remains have been removed to Belgium). There are no headstones for those so named. There are also scattered burials for both World Wars in the cemetery.