Discover more about the history of Brookwood Military Cemetery and plan a visit through our Our War Graves, Your History project.

Work is currently being undertaken on the 1939-45 memorial. 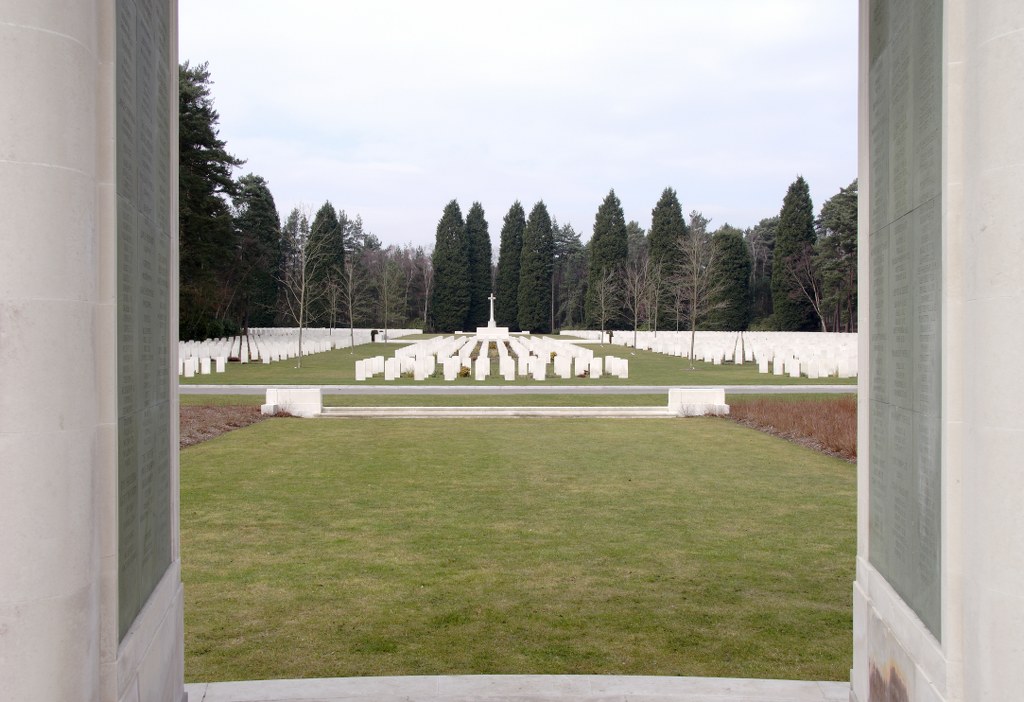 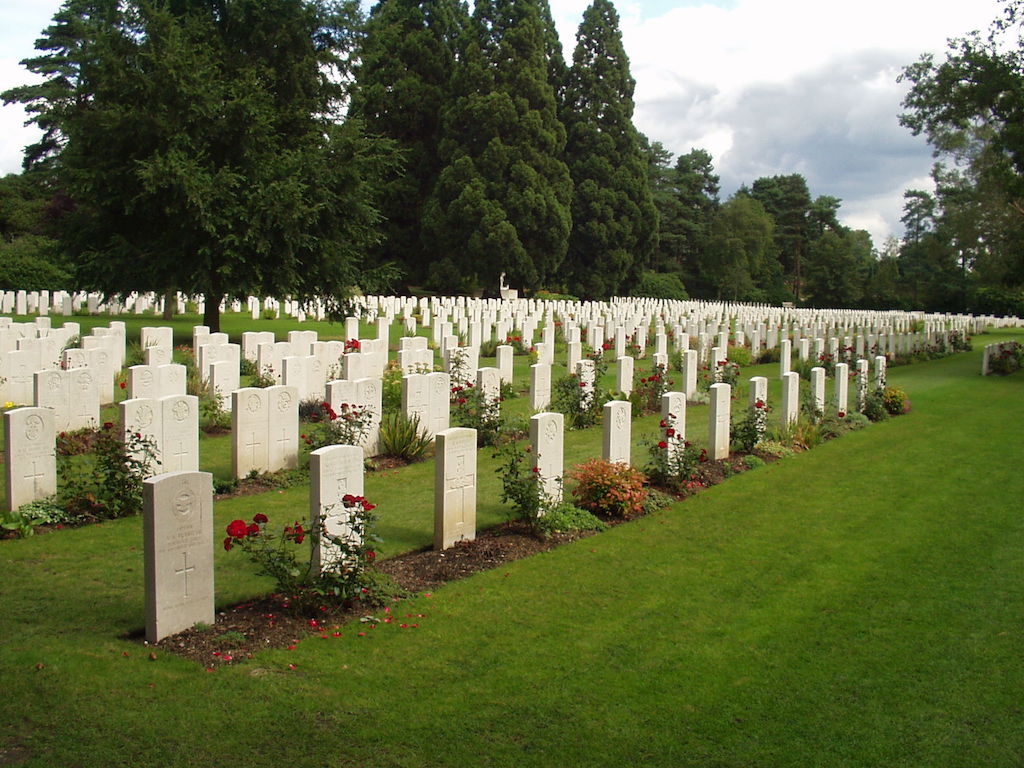 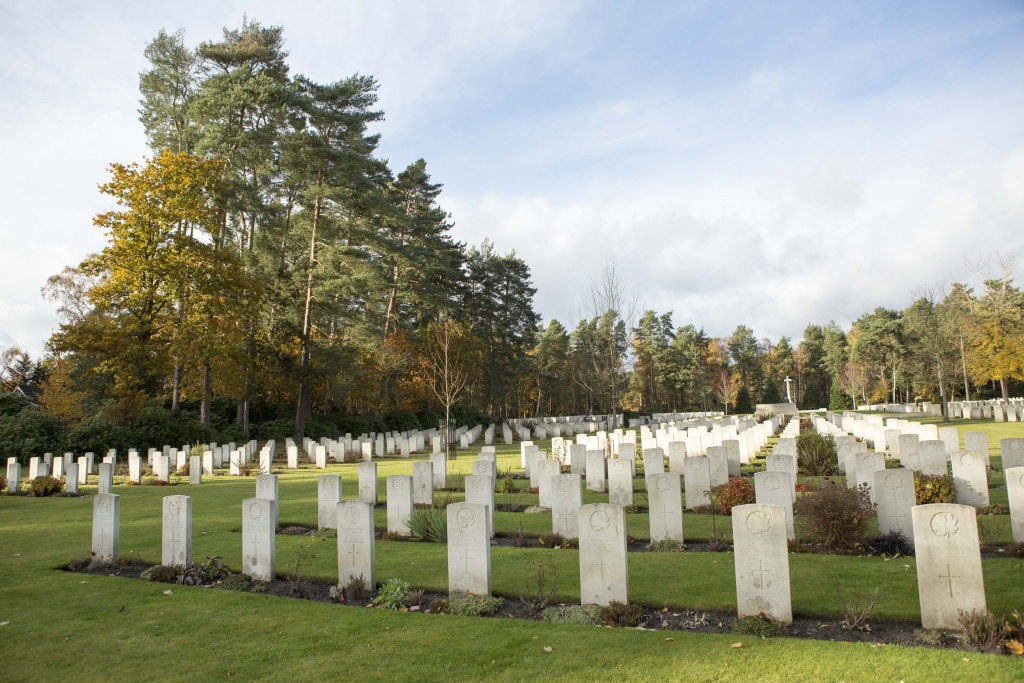 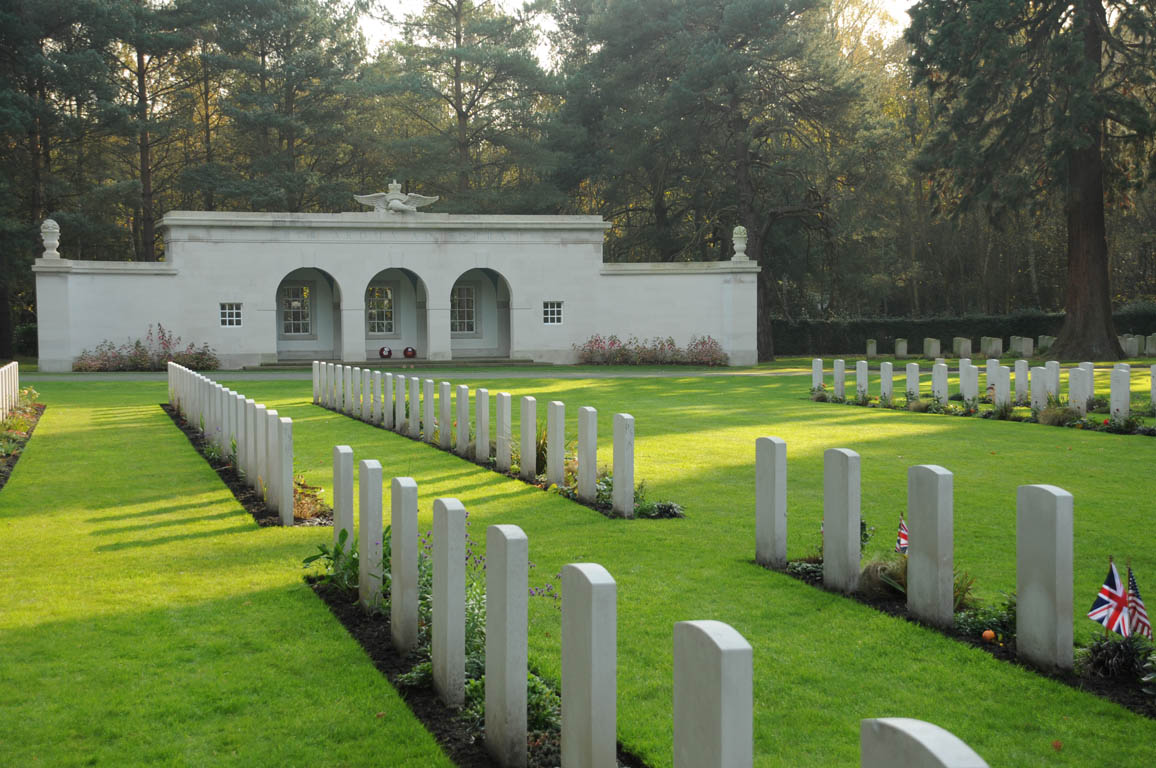 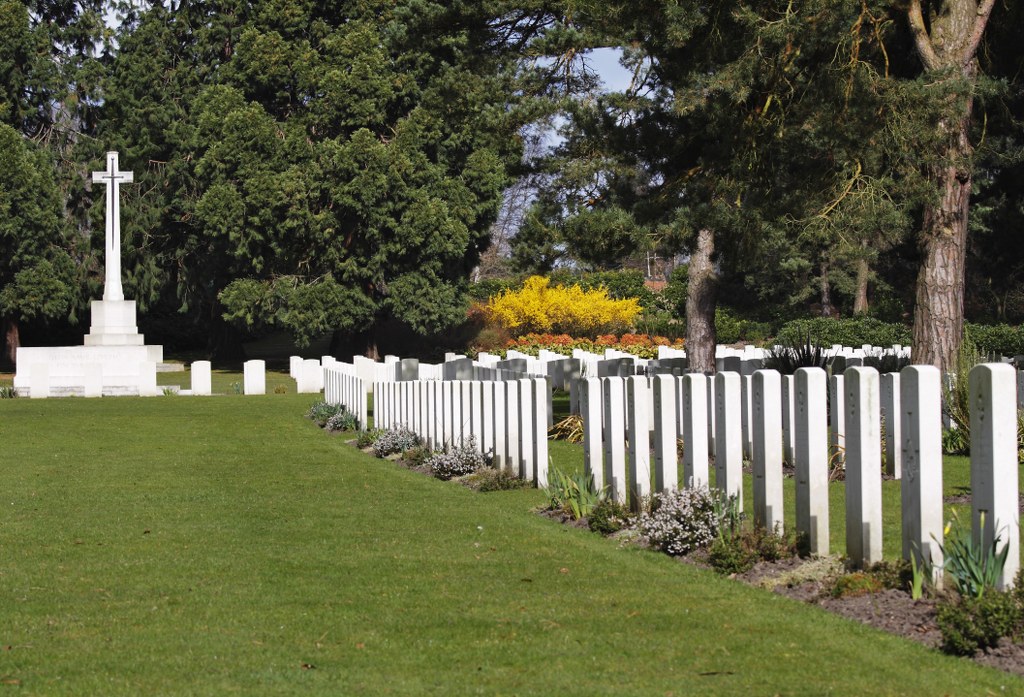 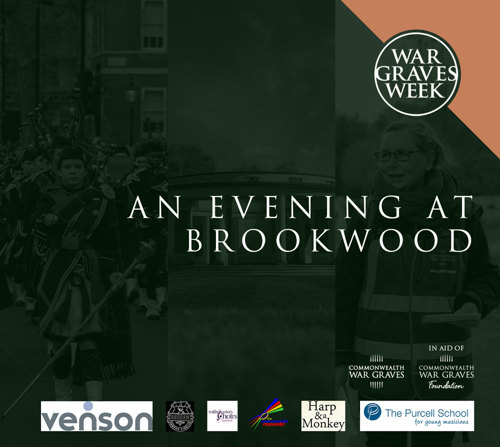 Join us for a special evening of music and remembrance at Brookwood Military Cemetery on Thursday 26th May.

Our programme is based around coming together to commemorate and remember our war dead though the power of music, including:

All of the proceeds from the event go towards the Commonwealth War Graves Foundation, helping us further our outreach and reach

Please note: this is a ticket-only event.

Brookwood is 30 miles from London (M3 to Bagshot and then A322). The main entrance to Brookwood Military Cemetery is on the A324 from the village of Pirbright. There is a direct train service from Waterloo to Brookwood Station from which there is an entrance to the cemetery. The postcode for Brookwood is GU24 0JB.

Vehicles, pedestrians and wheelchair access is through the main gate off Dawney Hill Road, Pirbright, during the official opening times. The gates are automated therefore access after 7:30pm can be sought by driving up to the main entrance gate.

Please be advised that additional items which have been placed on graves, such as stone vases, have been removed by Commission staff to storage and can be collected by relatives.

Enquires at the office or to a member of staff in the grounds (Monday to Fridays) for assistance in collection.

It is the Commission policy not to allow additional items, such as vases, to be placed in the headstone borders of Commission plots. There have been lapses in implementing this policy which has seen an increase in the number of additional memorials, being placed. Any items placed in the borders impact on our ability to plant and maintain them to the standard of excellence we seek to achieve.

Floral tributes and Remembrance Crosses can be left and will be removed by our staff after a time.

With effect from 8 October 2011 the Commonwealth War Graves Commission is prepared to allow the placing of cut flowers in a vase on new graves within the Military Annex subject to certain provisions.

New graves will be considered those in respect of burials that have taken place within the last three years. At the end of this period each case will be reviewed and allowed to continue for further two years if the family is still placing floral tributes on a regular basis. After five years the traditional uniformity of the military cemetery will be restored by the removal of the vase.

The request must be made by next of kin and the cut flowers must be placed in a vase provided by the Commonwealth War Graves Commission in order to ensure uniformity and easy replacement should one be broken during maintenance.

The vases, which are free of charge, are available from the staff on site and will be placed by them on behalf of the next of kin.

Should you have any questions regarding this matter please contact Enquiries on 01628-634221 or via our email enquiries@cwgc.org

BROOKWOOD MILITARY CEMETERY is owned by the Commission and is the largest Commonwealth war cemetery in the United Kingdom, covering approximately 37 acres.

This site was further extended to accommodate the Commonwealth casualties of the Second World War. There is a large Royal Air Forces section in the south-east corner of the cemetery (which also contains the graves of Czechoslovakian and American airmen who served with the Royal Air Force) and the Air Forces shelter building nearby houses the register of the names of those buried in the section. A plot in the west corner of the cemetery contains approximately 2,400 Canadian graves of the Second World War including those of 43 men who died of wounds following the Dieppe Raid in August 1942. The Canadian Records building, which was a gift of the Canadian government in 1946, houses a reception room for visitors and other offices.

In addition to the Commonwealth plots, the cemetery also contains French, Polish, Czechoslovakian, Belgian and Italian sections, and a number of war graves of other nationalities all cared for by the Commission. The American Military Cemetery is the responsibility of the American Battle Monuments Commission.

The war graves of other nationalities in the Commission's care number 786 including 28 unidentified French.

The BROOKWOOD 1939-1945 MEMORIAL stands at the southern end of the Canadian section of the cemetery and commemorates 3,500 men and women of the land forces of the Commonwealth who died during the Second World War and have no known grave, the circumstances of their death being such that they could not appropriately be commemorated on any of the campaign memorials in the various theatres of war. They died in the campaign in Norway in 1940, or in the various raids on enemy occupied territory in Europe such as Dieppe and St Nazaire. Others were special agents who died as prisoners or while working with Allied underground movements. Some died at sea, in hospital ships and troop transports, in waters not associated with the major campaigns, and a few were killed in flying accidents or in aerial combat.

The new BROOKWOOD 1914-1918 MEMORIAL was built in 2015. It commemorates casualties who died in the United Kingdom during the First World War but for whom no graves could be found.