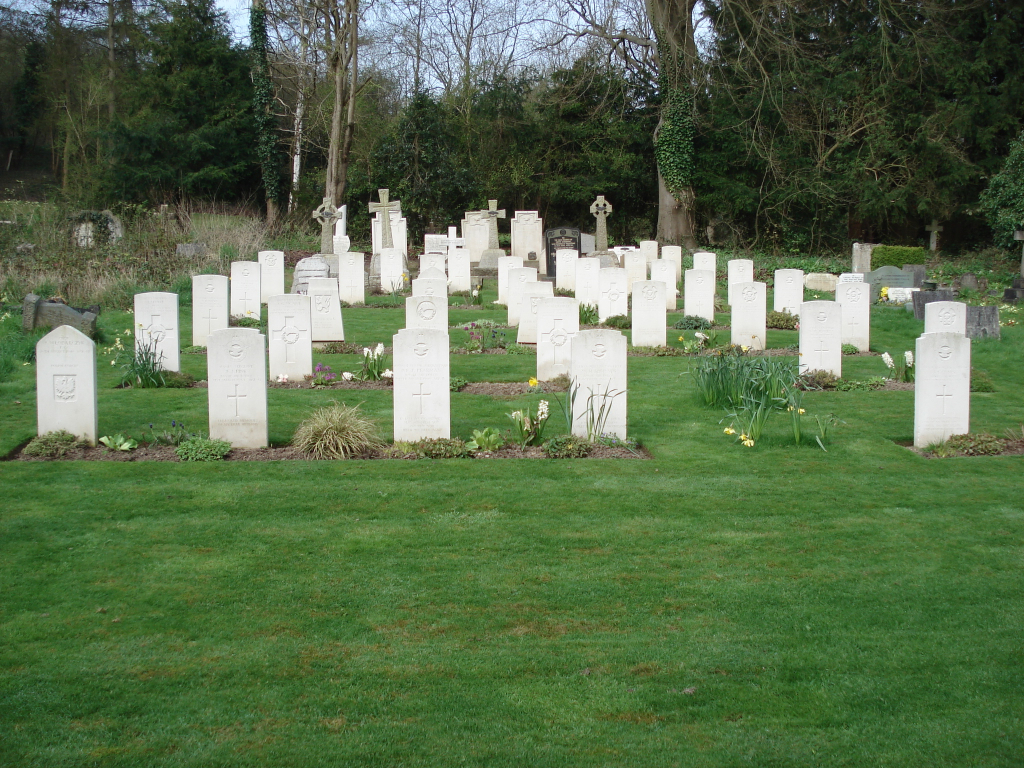 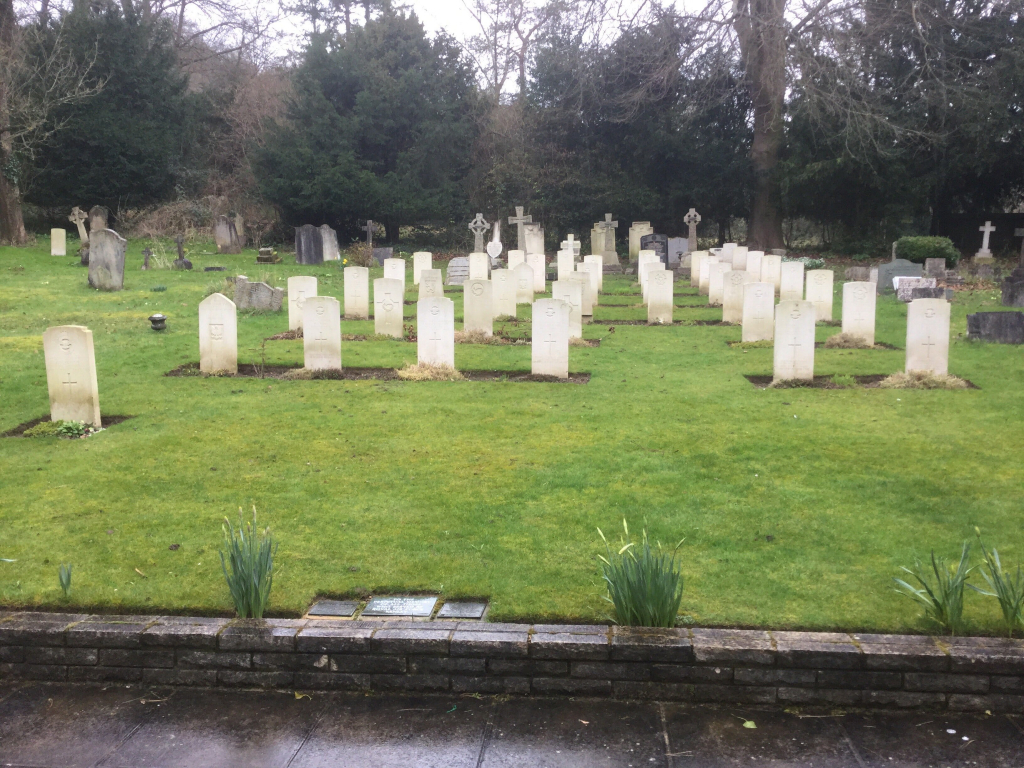 At the beginning of the Second World War, a special plot (the 'Airman's Corner') was set aside in the churchyard for the burial of airmen from Kenley Whyteleafe RAF Station at Croydon who were killed in air battles, or who died on other operational duties. The churchyard contains 38 Second World War burials, most of them in the plot, but there are a few privately owned war graves elsewhere in the churchyard, together with five war burials from the First World War. The war graves plot also contains six post-war service burials and the graves of two Polish airmen.