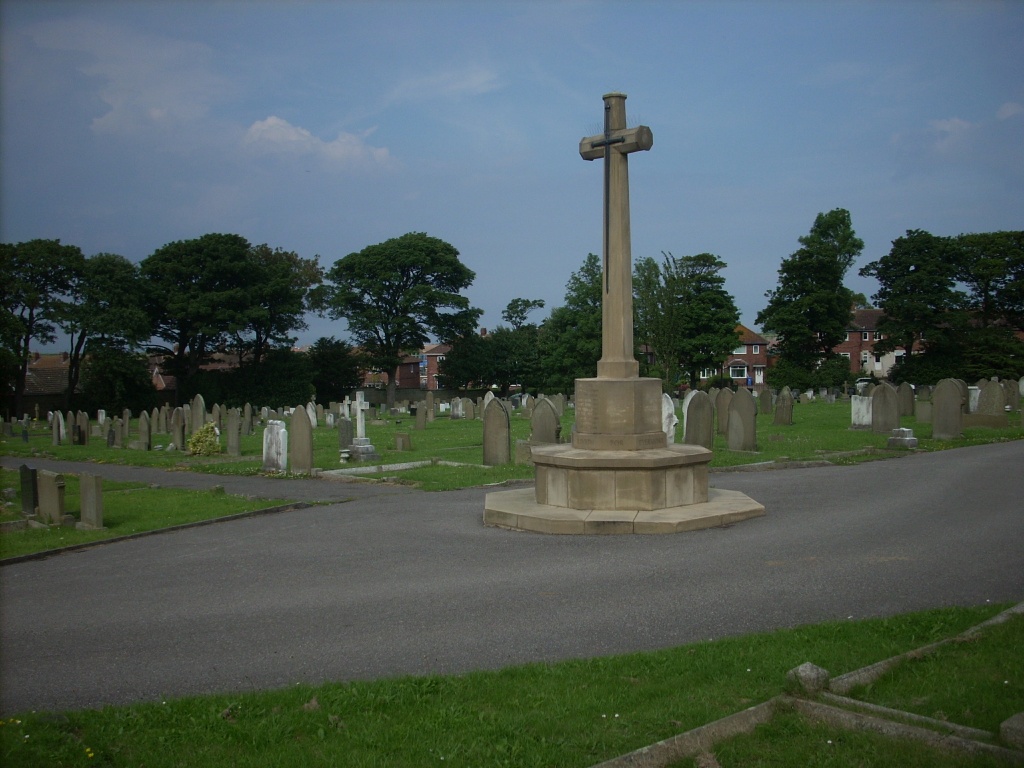 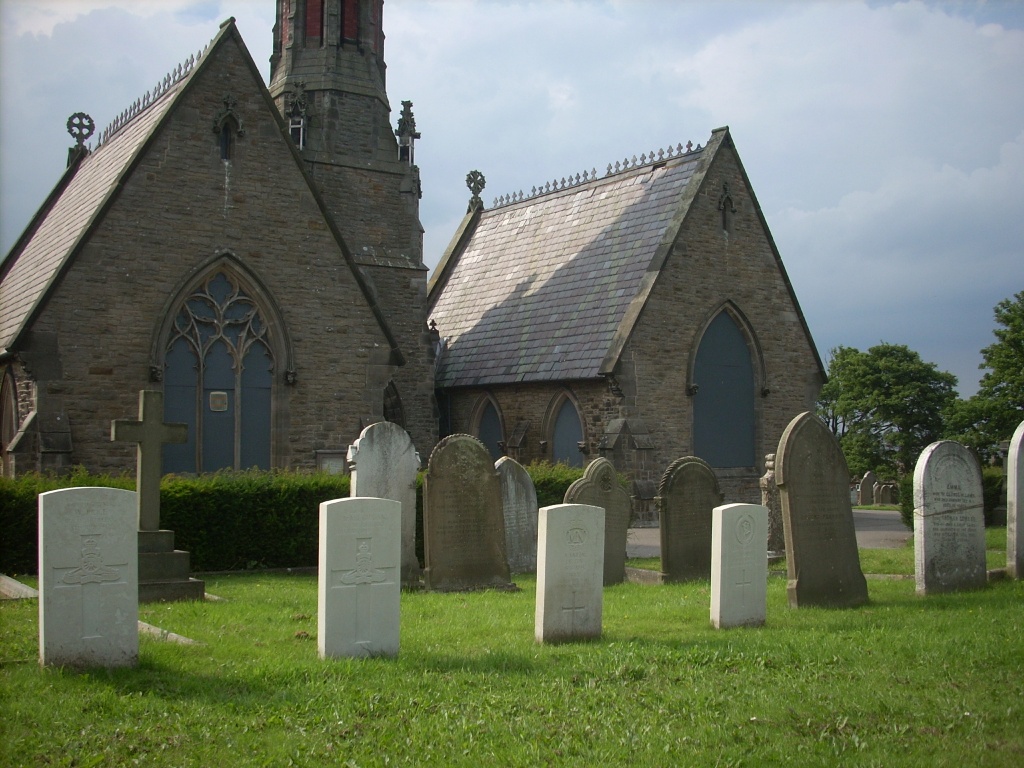 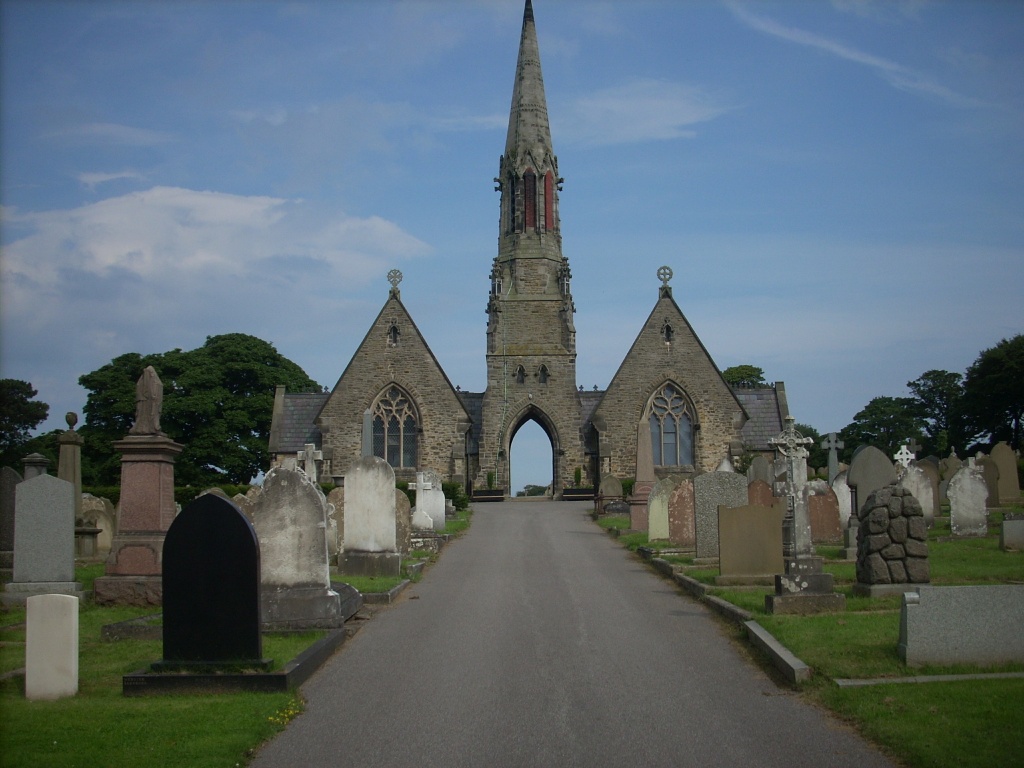 The cemetery contains graves of both World Wars.

The Hospital Ship "Rohilla" was wrecked on the 30th Oct., 1914, and the "Rohilla Plot" contains the graves of 33 of the victims (including 19 unidentified men) and one Coast Guard killed in the German raid.

Some of the other First World War casualties were caused by the bombardment of Whitby by the German Navy in December 1914.

The majority of the 28, 1939-1945 burials were naval casualties, many of whom were sailors belonging to the Royal Naval Patrol Service. 1 is an unidentified seaman of the Merchant Navy.

Six Belgian Merchant Navy seamen are also buried here, members of the crew of the Belgian steamship "Charles" which was wrecked off Saltwick Nab on the night of 3rd February 1940, their bodies having been washed ashore in or near Whitby.

The Cross of Sacrifice, erected after the 1914-1918 War, serves as a central memorial to the servicemen of both wars who lie buried in the cemetery.