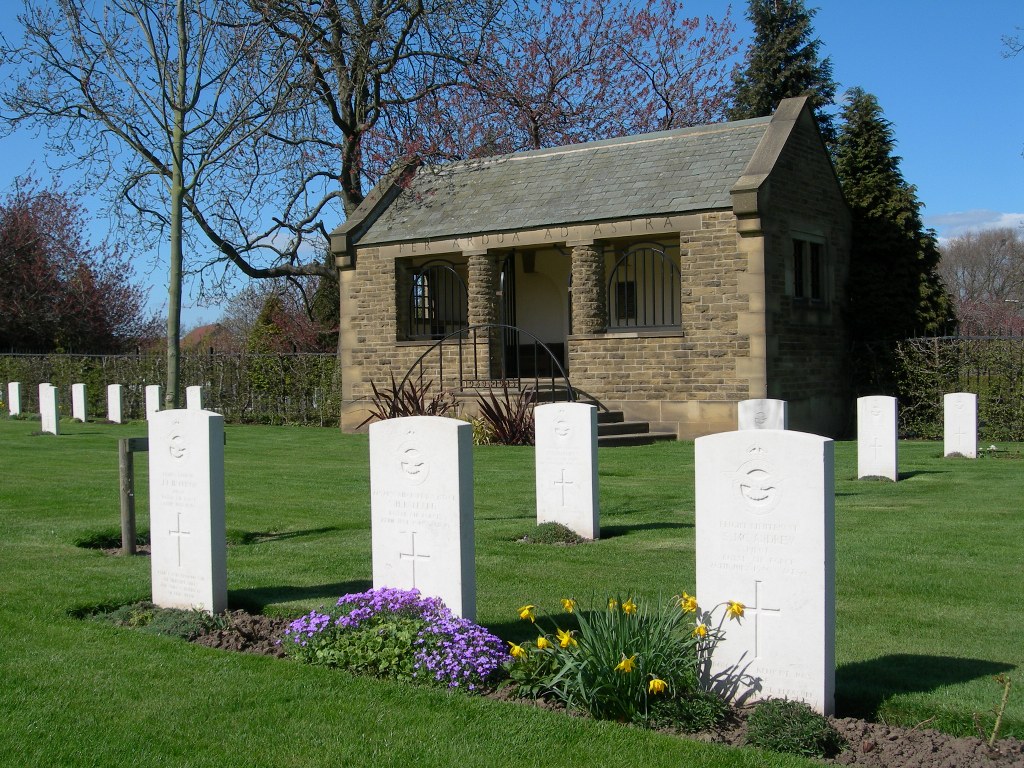 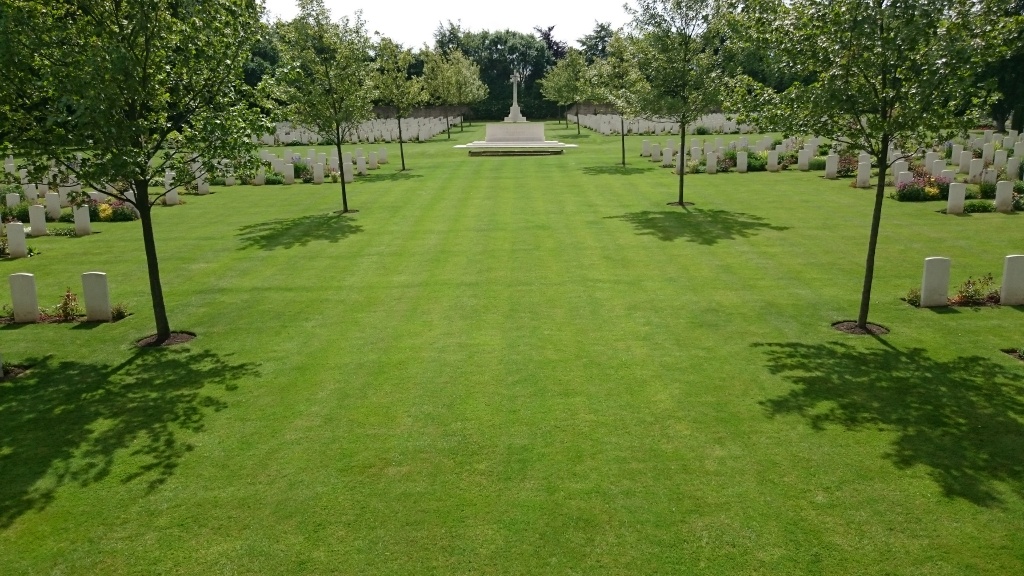 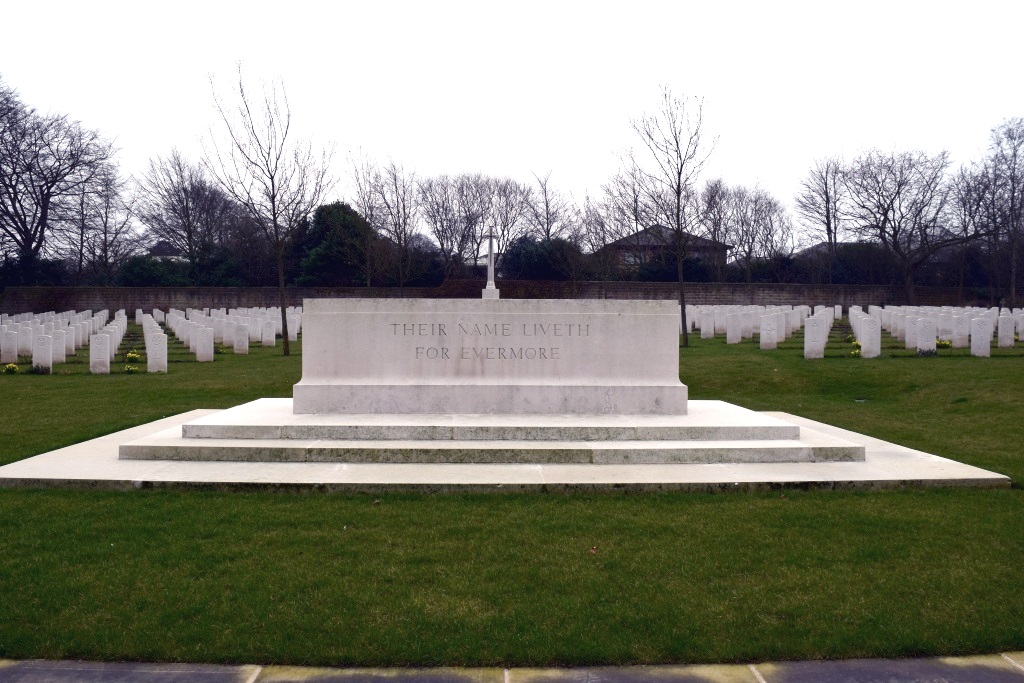 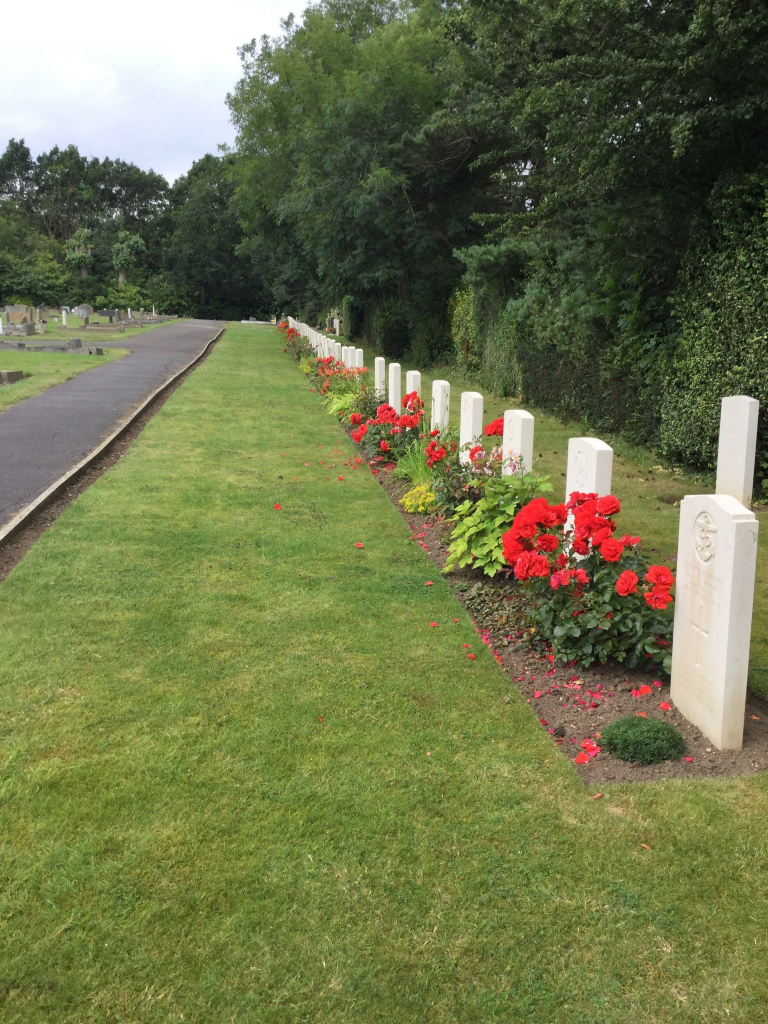 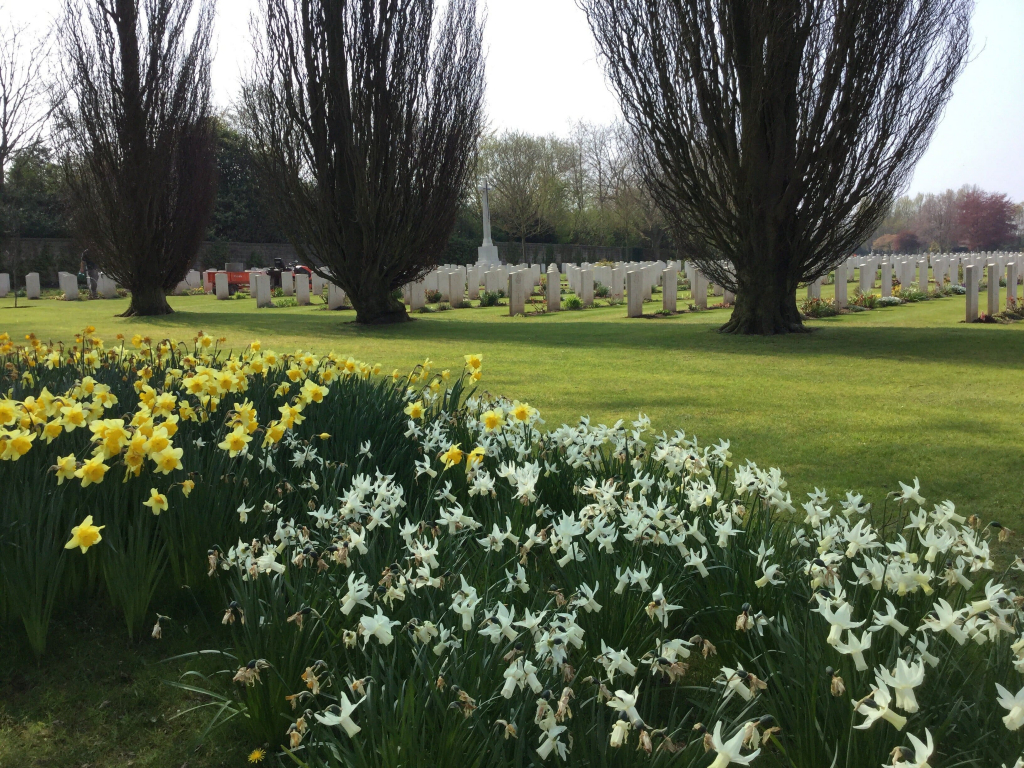 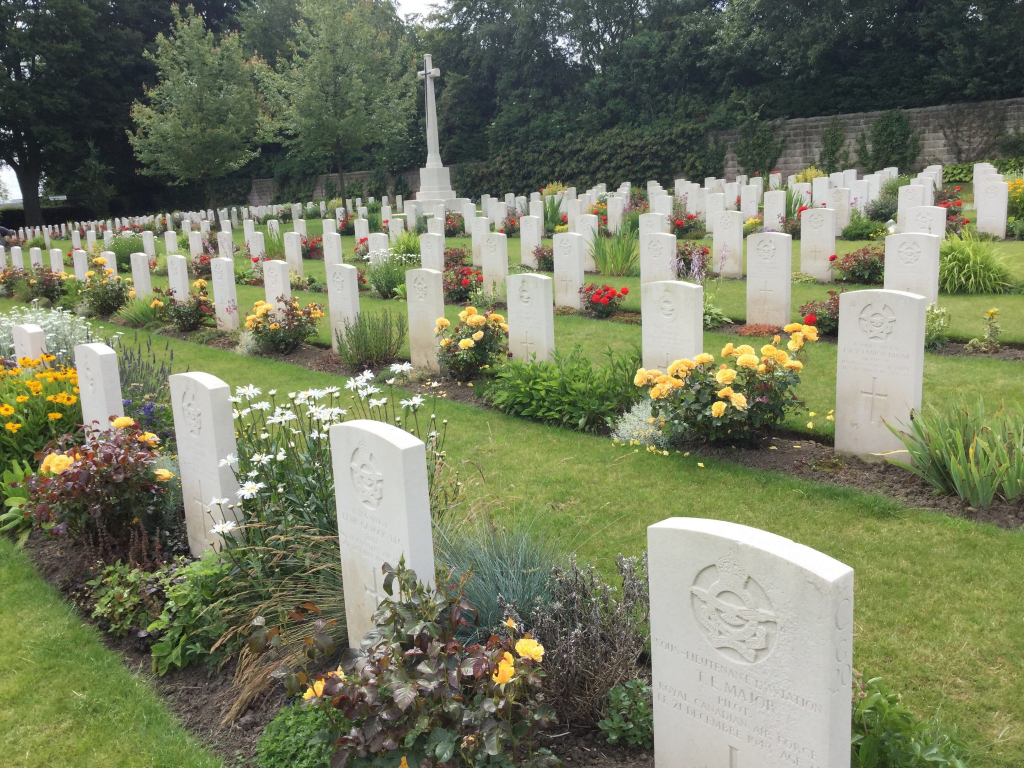 Many airfields were established in Yorkshire during the Second World War, among them R.A.F. station at Harrogate, Linton-on-Ouse, Tockwith, Rufforth and Marston Moor. No. 6 (R.C.A.F.) Bomber Group, had their headquarters at Allerton Park near Knaresborough and all the stations controlled by this group were in the area north of Harrogate, the largest base having its headquarters at Linton-on-Ouse. Nearly all of the 988 Second World War burials in Harrogate (Stonefall) Cemetery are of airmen, two-thirds of them Canadian. (1 of the burials is an unidentified R.A.F. airman), Many of these men died in the military wing of Harrogate General Hospital. During the early months of the war, a piece of land was set aside for service war burials in Sections 20E and 21E and in July 1943, the Air Forces Section was opened at the north-eastern corner of the cemetery for burials from airfields in Yorkshire and the north-eastern counties. A few of the war graves from this period are scattered elsewhere in the cemetery. There are also 23 servicemen of the First World War buried or commemorated at Harrogate Stonefall. This total includes six casualties alternativley commemorated by special memorial because their graves in churchyards elsewhere* could no longer be maintained. * Low Moor (Wesley Place) Methodist Churchyard; Edlington (St Peter) New Churchyard ; Denholme Wesleyan Reform Chapelyard.