Discover more about the history of Leeds (Lawnswood) Cemetery and plan a visit through our Our War Graves, Your History project. 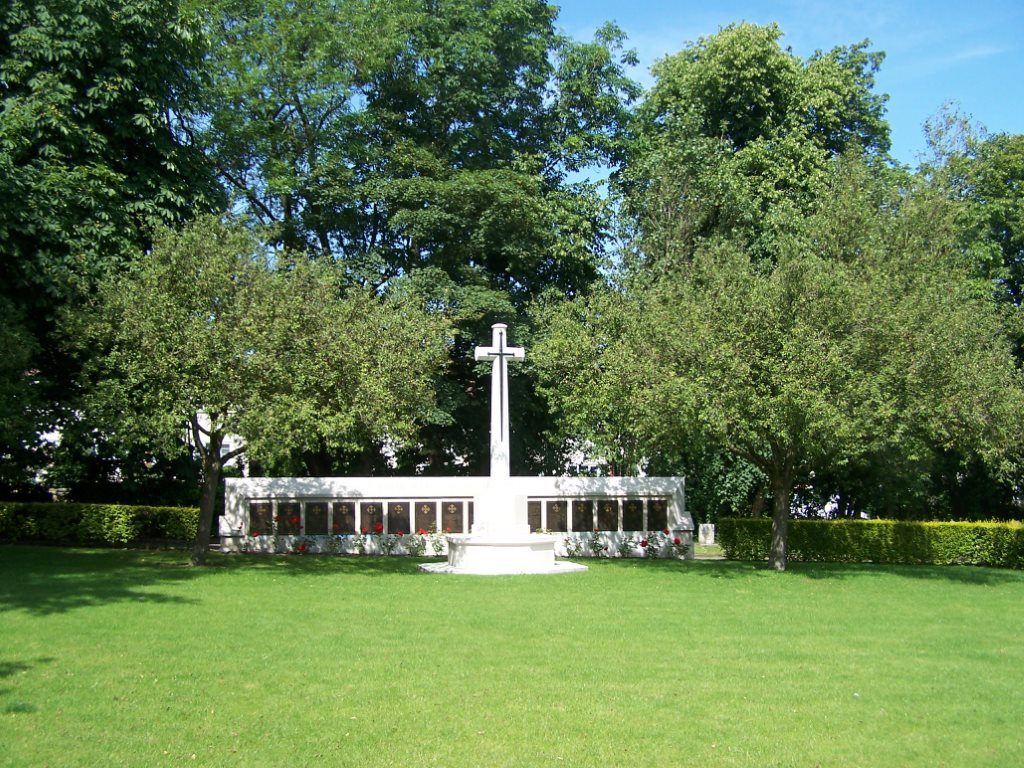 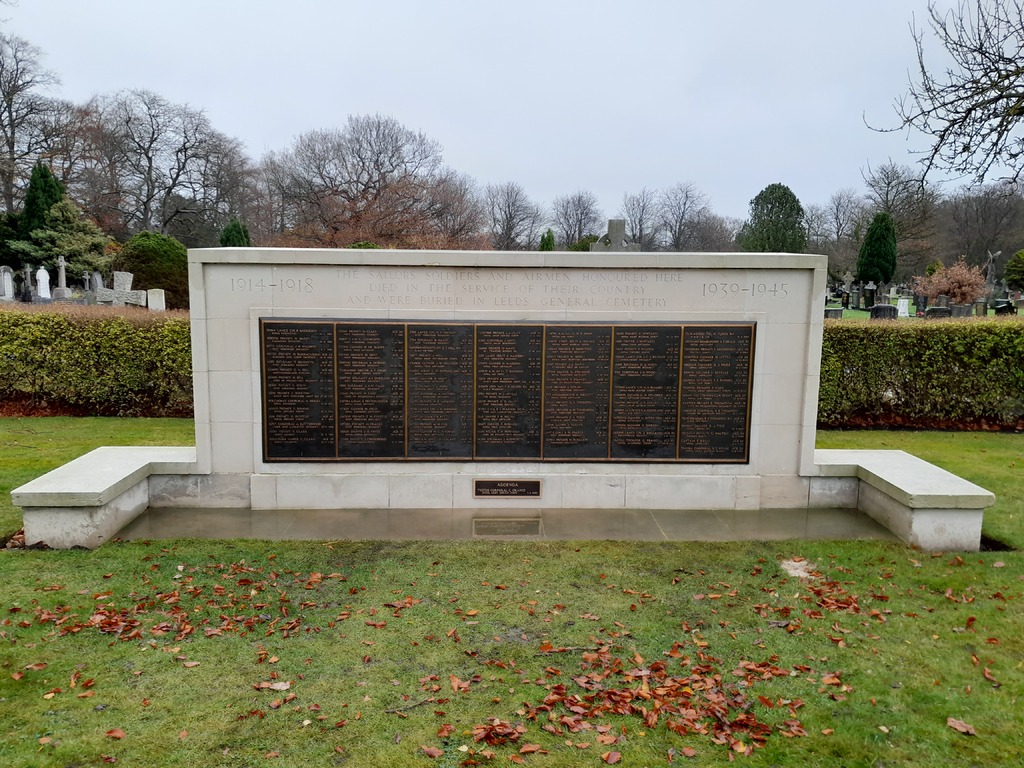 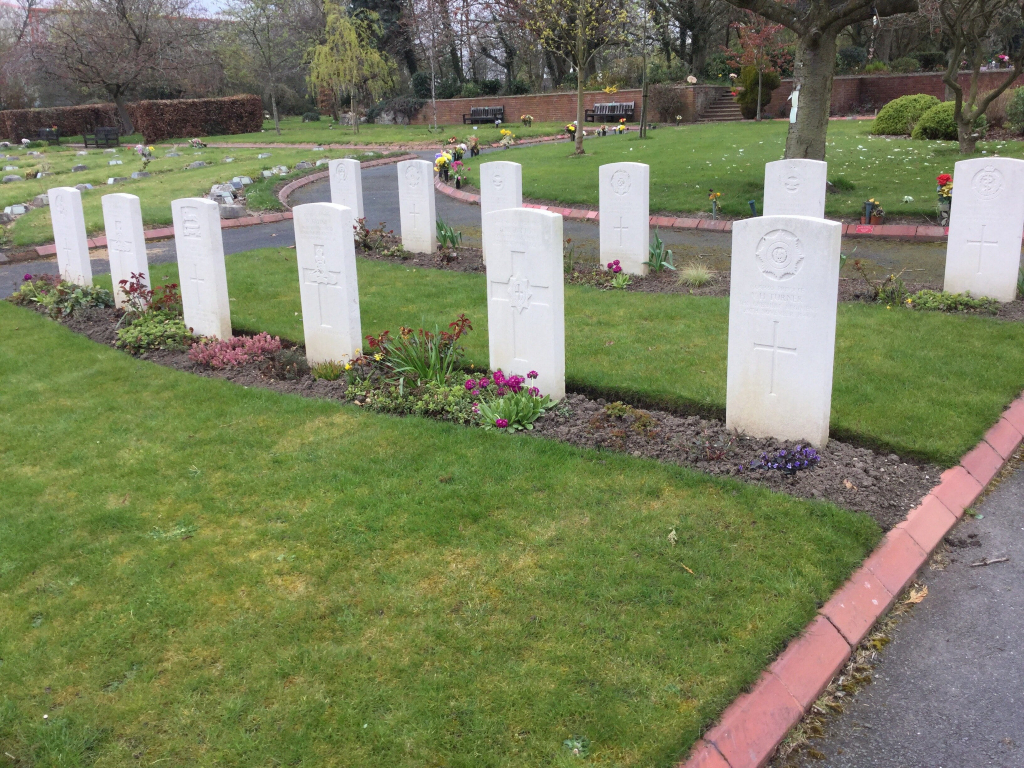 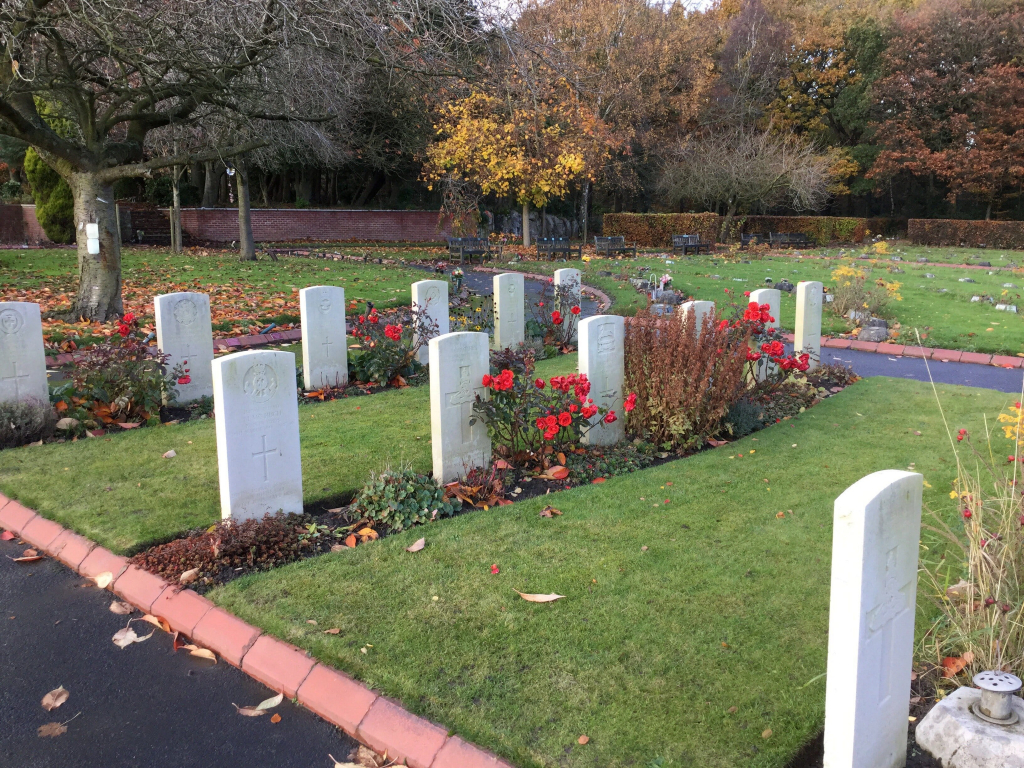 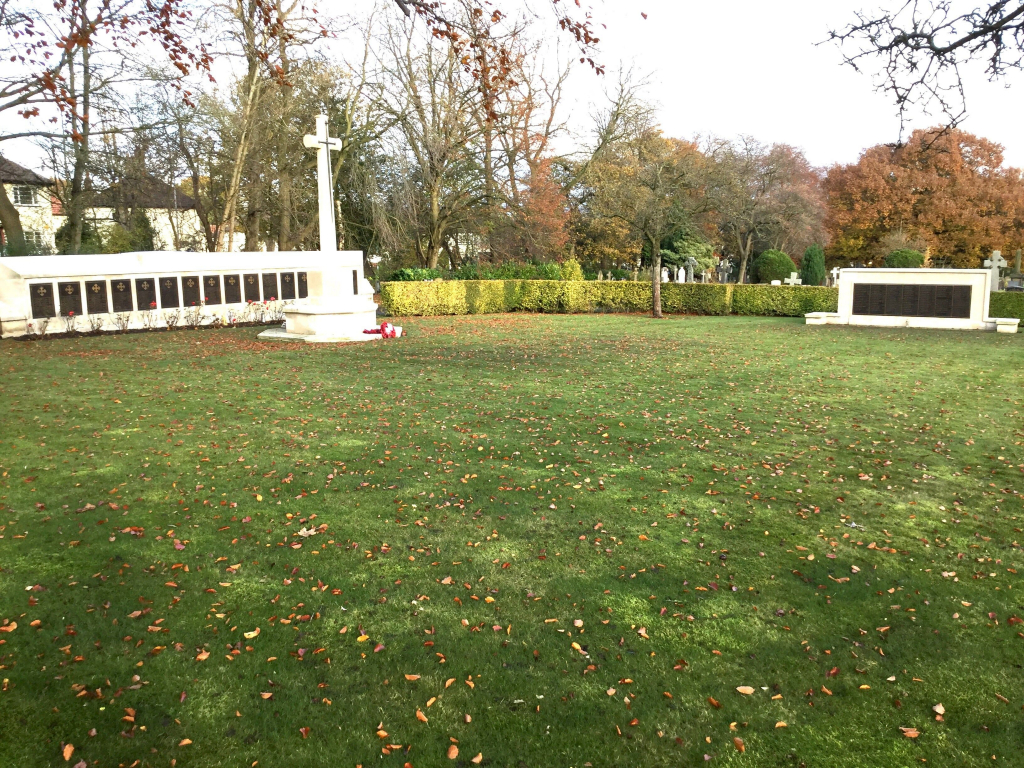 The Cremation Memorial is located in the Columbarium, in the central hall, which is kept locked. The key can be picked up from the chapel staff at the crematorium.

Leeds (Lawnswood) Cemetery was opened in 1875 and contains 138 burial of the First World War, 88 of them forming a war graves plot in Section W. As these graves could not be marked individually, the names of the dead are recorded on a screen wall. The rest of the First World War burials and all of the 67 Second World War burials are scattered throughout the cemetery. A further screen wall bears the names of 105 casualties of both wars buried in Leeds General Cemetery, where their graves could no longer be maintained.

In all, there are now 222 First World War casualties and 91 from the Second World War commemorated in the cemetery.

The memorial to 94 Second World War casualties whose remains were cremated at Leeds (Lawnswood) Crematorium is in the central hall of the Columbarium.