Visitors are advised to proceed with caution as incidences of vandalism and anti-social behaviour have been reported at this site. 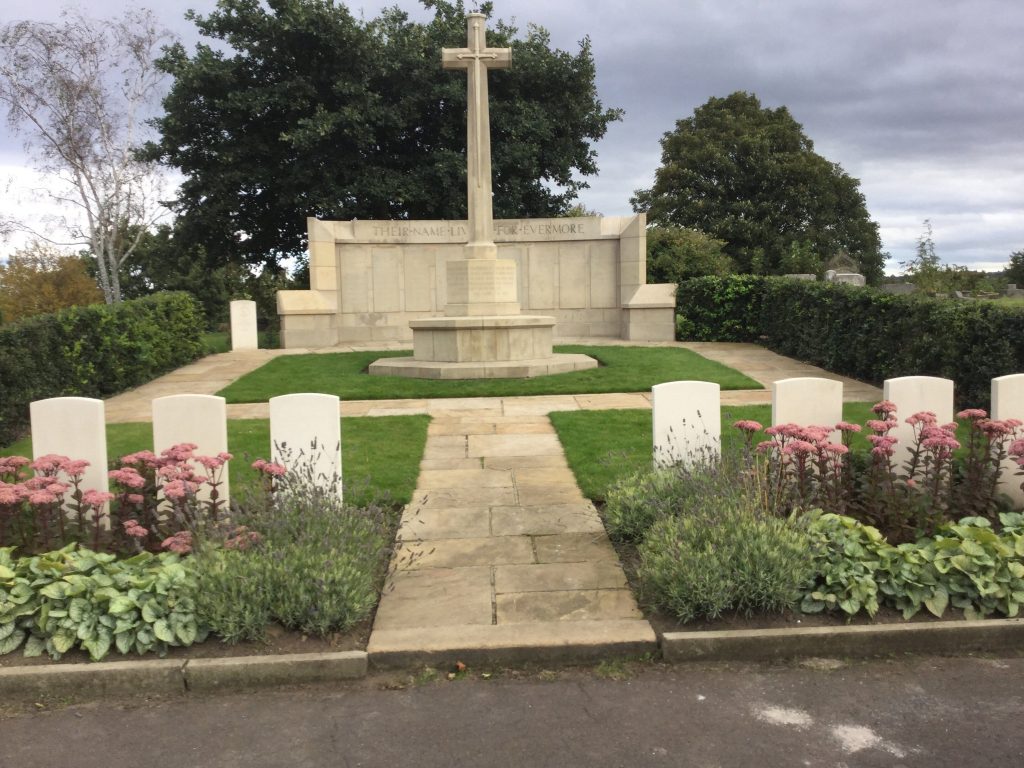 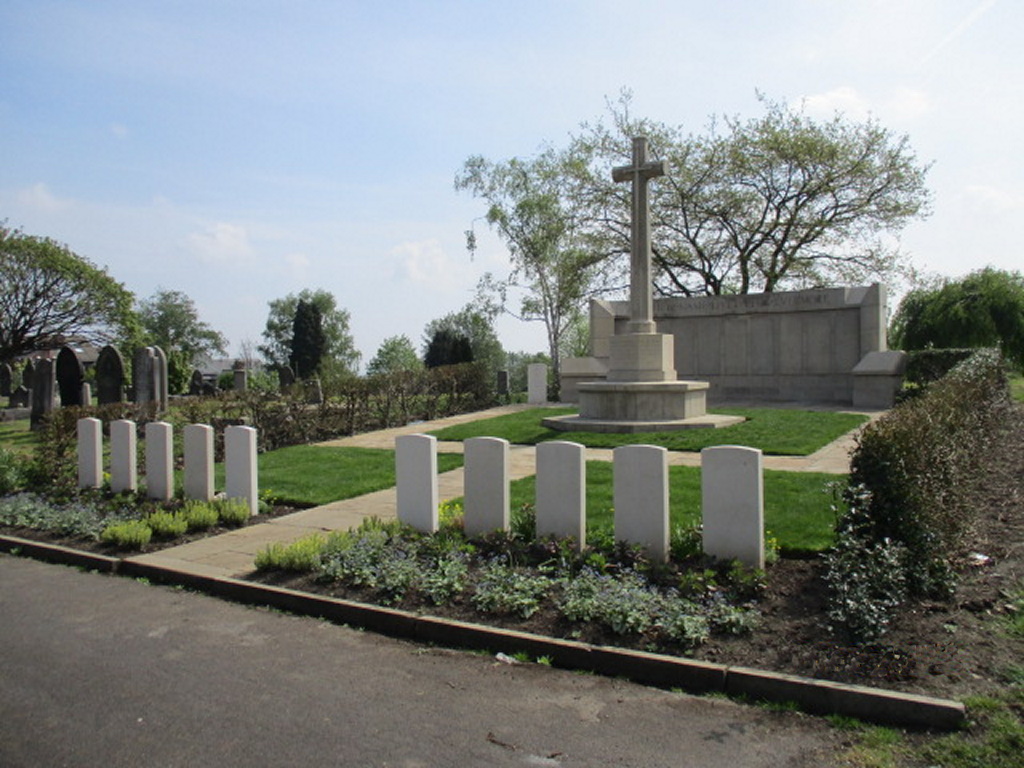 During the First World War there were two substantial war hospitals in Sheffield, the Wharncliffe, in the Wadsley Asylum, and the 3rd Northern General, housed in 15 separate buildings. The city, a centre for war industry during the Second World War, suffered heavy enemy air-raids during the Blitz with 600 people killed in a single raid in December 1940. Sheffield (Burngreave) Cemetery contains scattered war graves of both wars. Behind the Cross of Sacrifice in plot JJ is a Screen Wall commemorating those First World War casualties whose graves could not be marked by headstones, most of them buried in the plot of ground immediately in front of it. In front of the Screen Wall are a number of Special Memorial headstones for Second World War casualties buried elsewhere in the cemetery whose graves could not be marked. In all, the cemetery contains 235 Commonwealth burials of the First World War and 57 from the Second.