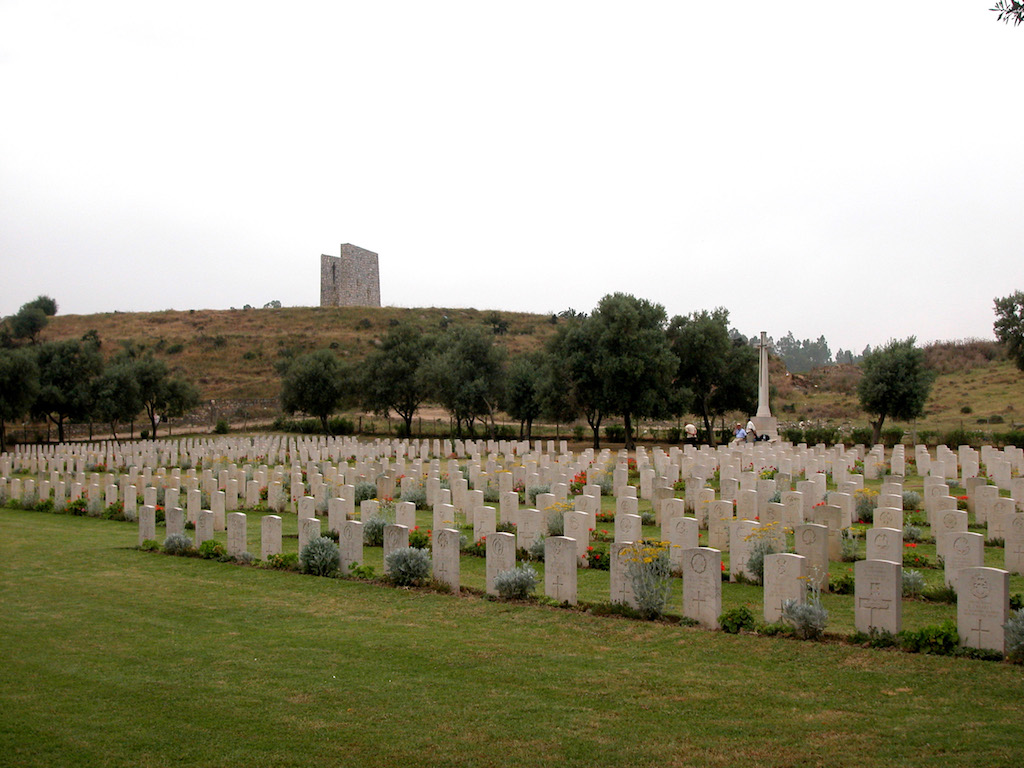 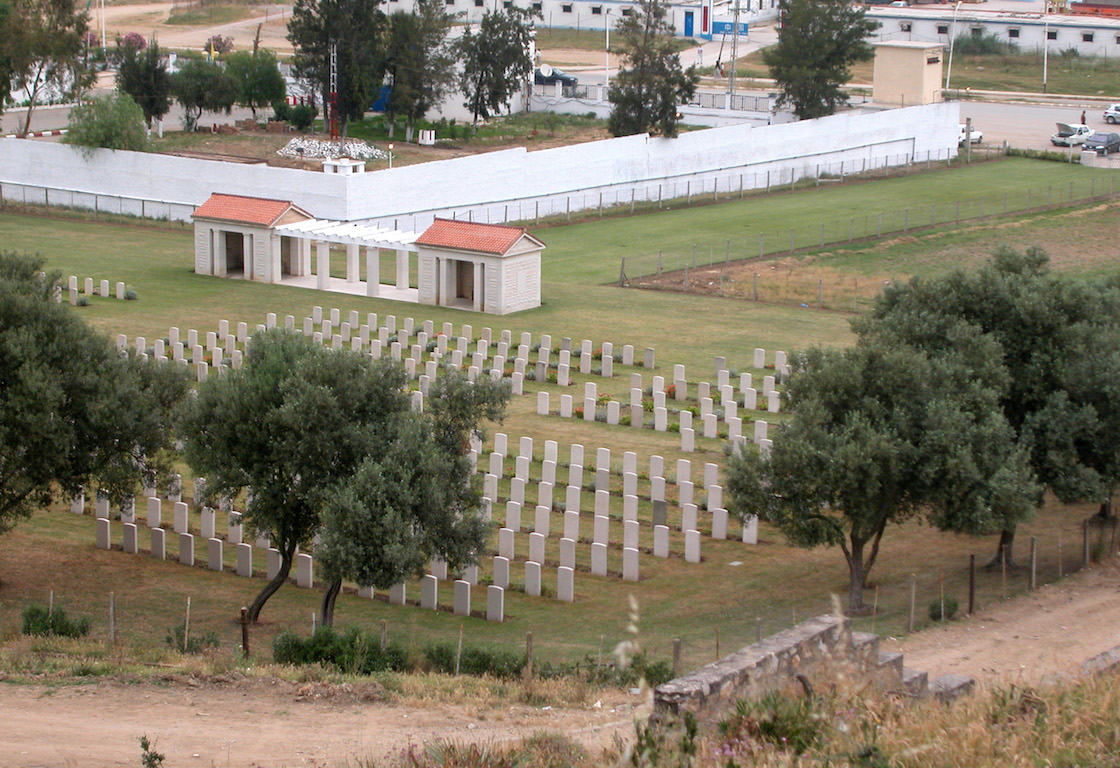 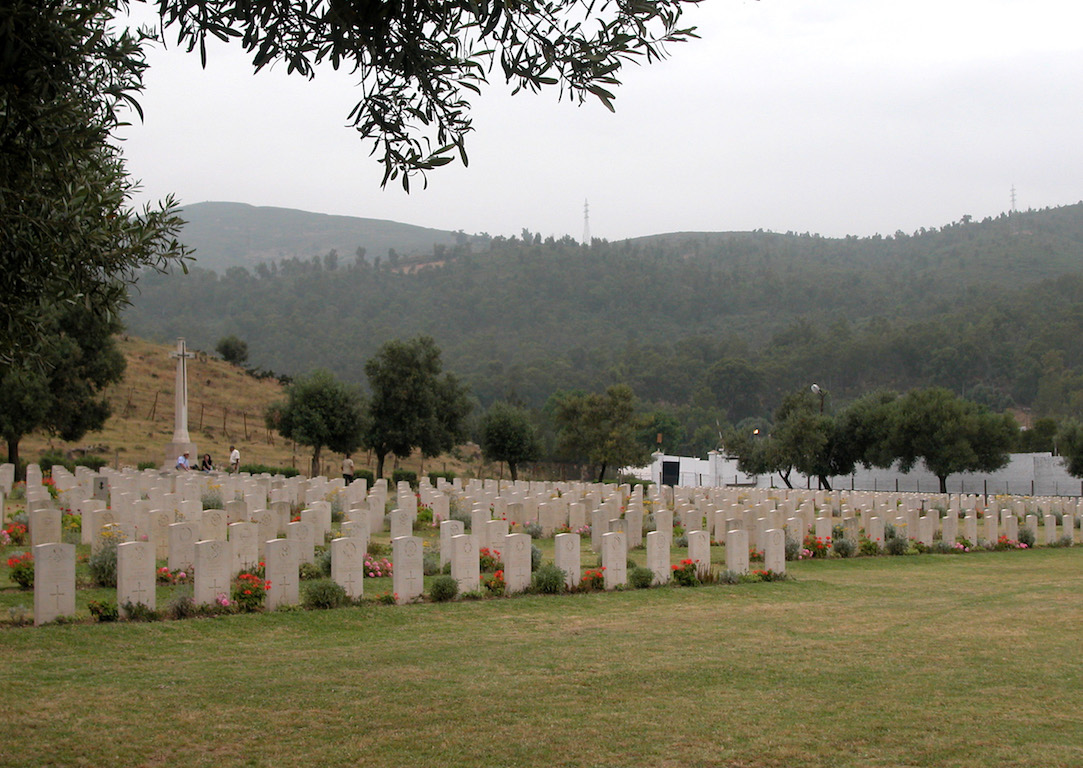 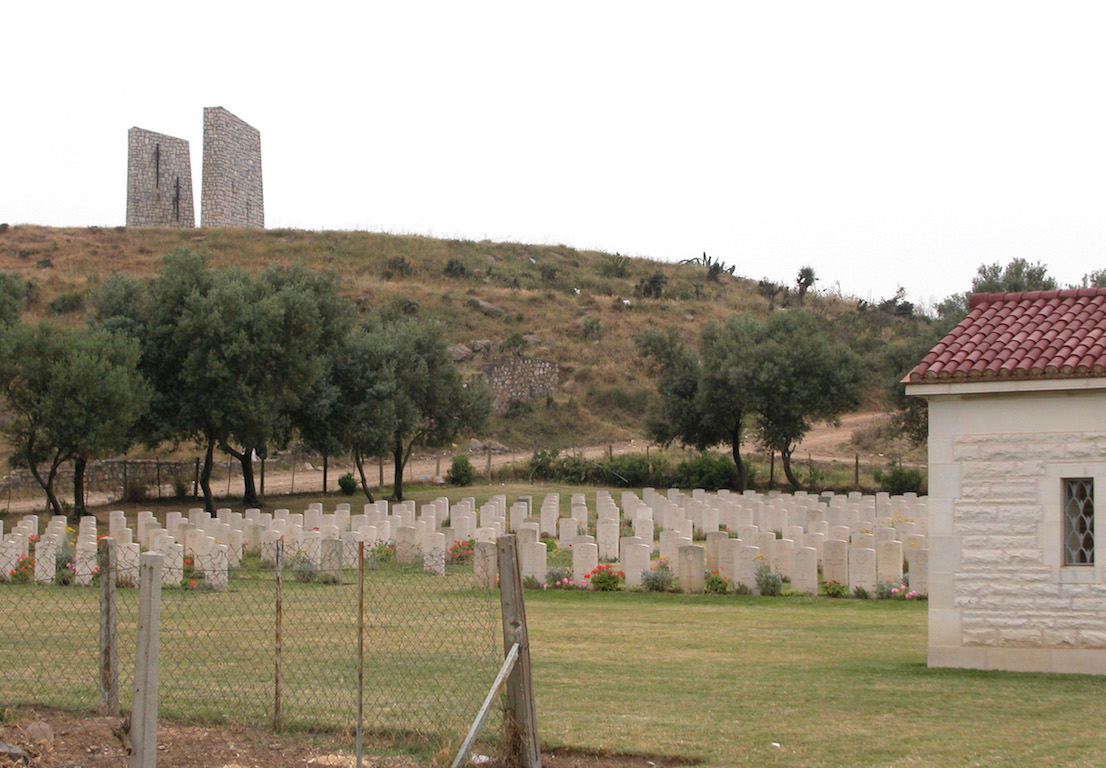 The cemetery adjoins a children's amusement and leisure park, approximately 400 metres off Route N44 between Annaba and Constantine, on the road to Saraidi. It is about 5 kilometres west of Annaba.

It is possible to visit this cemetery at all times. The staff entrance on left upper part of the Cemetery is permanently padlocked however the main cemetery gate next to road leading to Saraidi is always open.

The cemetery register and visitors' books are only available during the gardeners working hours which are Saturday to Wednesday 07.00-12.00 and 13.00-16.00.

Allied troops made a series of landings on the Algerian coast in early November 1942. From there, they swept east into Tunisia, where the North African campaign came to an end in May 1943 with the surrender of the Axis forces.

Bone was occupied by Allied forces on 12 November 1942 and became important as a supply port, and for its airfield. The 70th General Hospital was there during the early months of 1943.

Bone War Cemetery contains 868 Commonwealth burials of the Second World War. There are also 14 non-war burials, mostly of merchant seamen whose deaths were not due to war service. It was designed by J. Hubert Worthington.