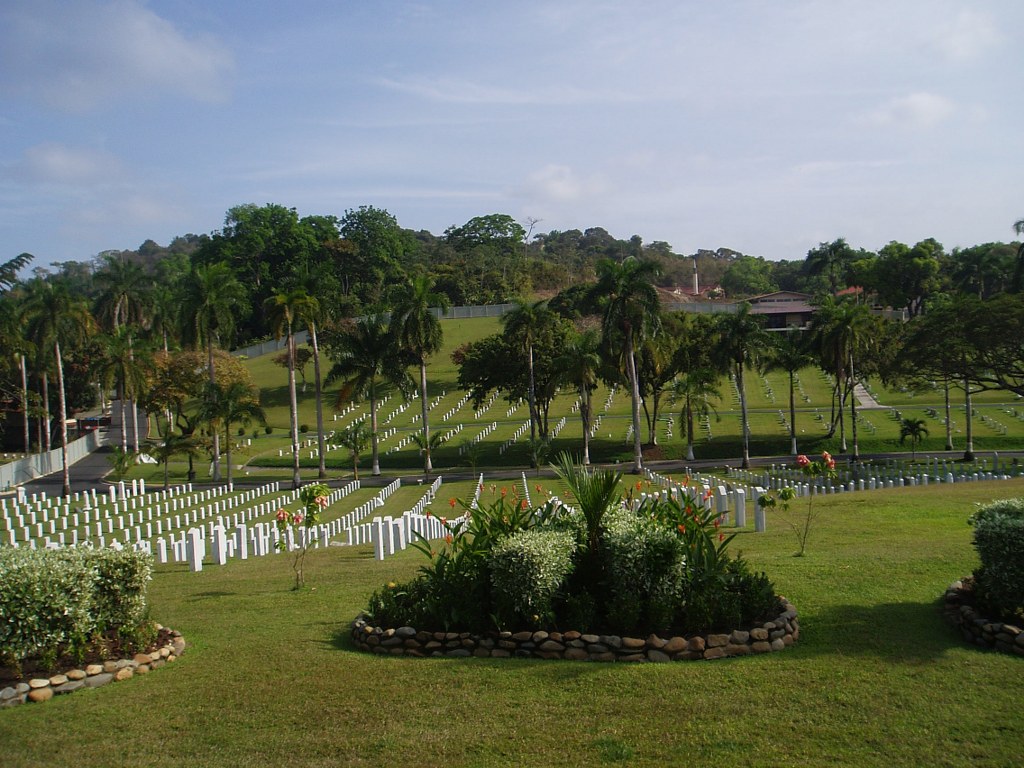 Corozal American Military Cemetery is located approximately 5 kilometres north of Panama City, just off the Gaillard Highway between the Corozal Railway Station and Fort Clayton. To reach the cemetery follow the Guillard Highway north from the city and turn right on Rybicki Road. The cemetery is approximately 800 metres along here on the left side. Twelve of the fifteen graves are in section K, immediately in front of the visitor centre, while the remaining three are in section C, which is on the hillside behind the visitor centre.

By agreement between the governments of Panama and the United States, the American Battle Monuments Commission (ABMC) has been granted control, in perpetuity, from 1 October 1979, of the American sector in Corozal Cemetery, known as "Corozal American Military Cemetery". The agreement was renewed and ratified by Panama on 11 June 2000.' The cemetery contains 4 Commonwealth burials of the 1914-1918 war and a further 11 of the 1939-1945 war. There is also 1 non World War burials here.