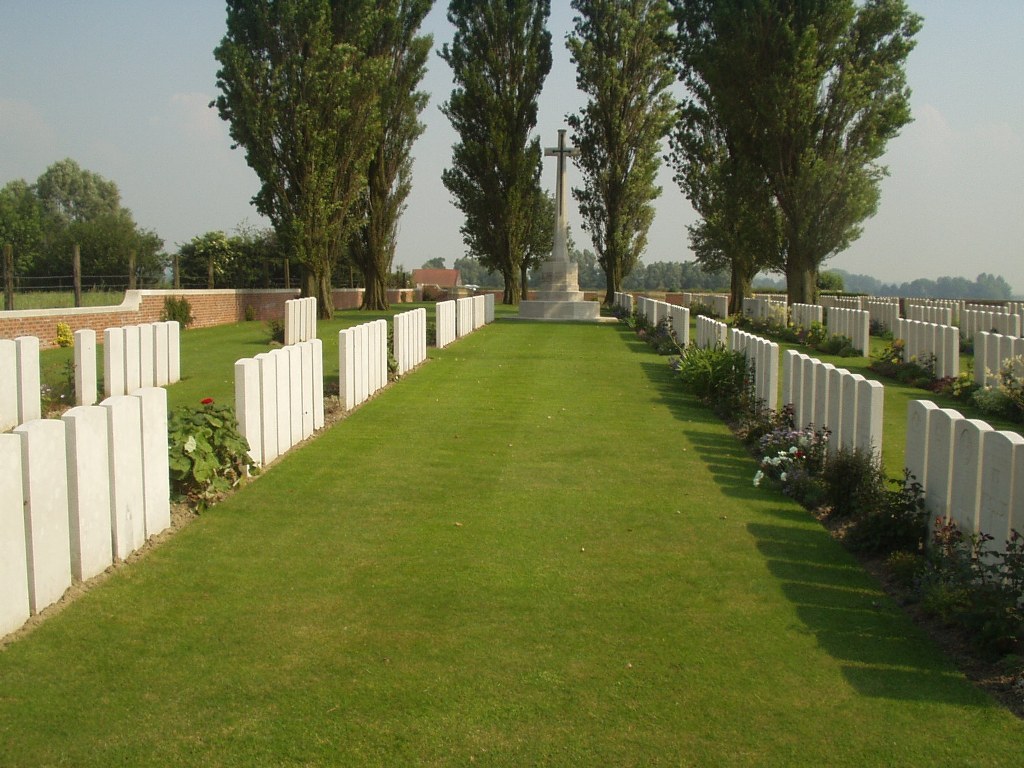 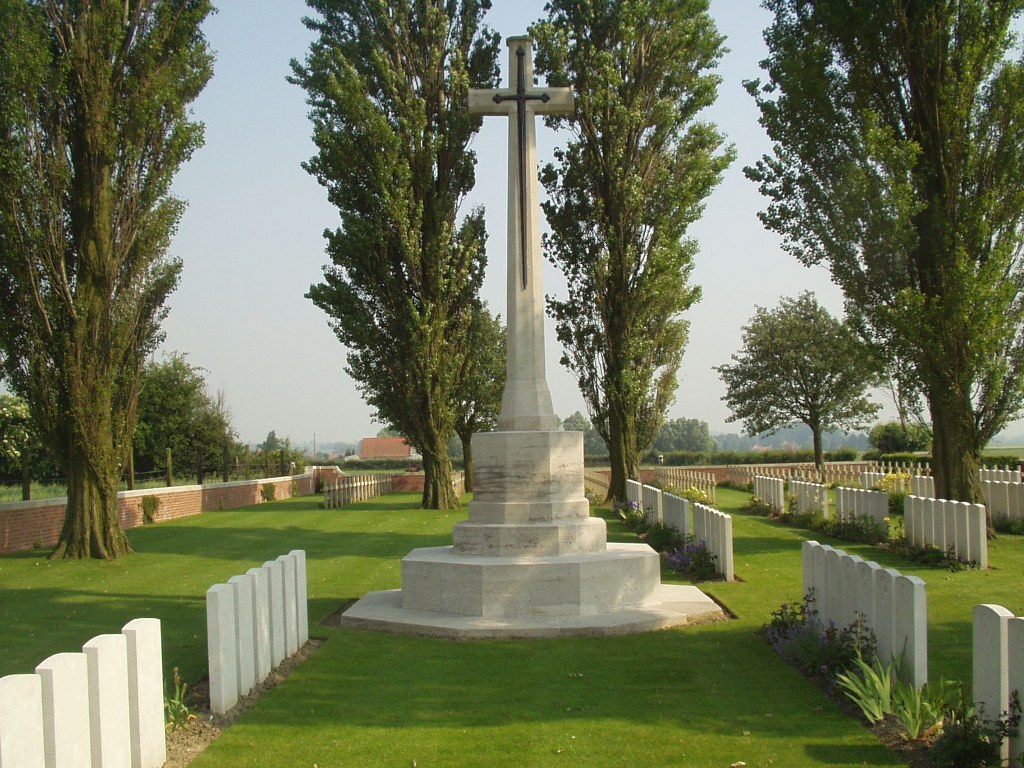 The village of Arneke is approximately 50 Kms south-east of Calais and about 8 Kms north-west of the town of Cassel. Leave the village of Arneke on the D11 heading north. After 1.3 Kms turn right at the crossroads. The Cemetery is 500 metres on the right hand side.

The cemetery was begun by the 13th Casualty Clearing Station which moved to Arneke from the Proven area in October 1917. It was joined by the 10th and 44th Clearing Stations in April 1918. The cemetery was used by these hospitals until the end of May, and again from July to September 1918 by the 62nd (1/2nd London) Clearing Station. In November it was used for a short time by the 4th and 10th Stationary Hospitals. A few French soldiers were buried from clearing stations in April 1918 and French units buried in Plots IV and V at the north-west end of the cemetery, mainly in May and June 1918. Arneke British Cemetery contains 435 Commonwealth burials of the First World War and five from the Second World War. There are also 126 French and five German war graves. The cemetery was designed by Sir Herbert Baker.