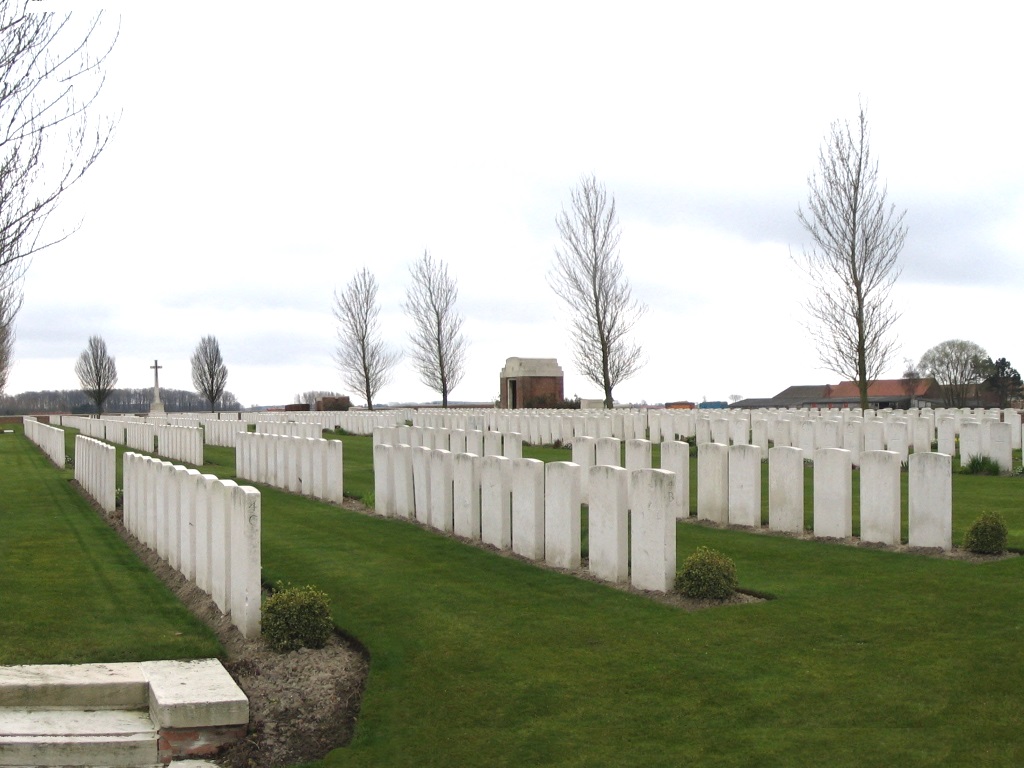 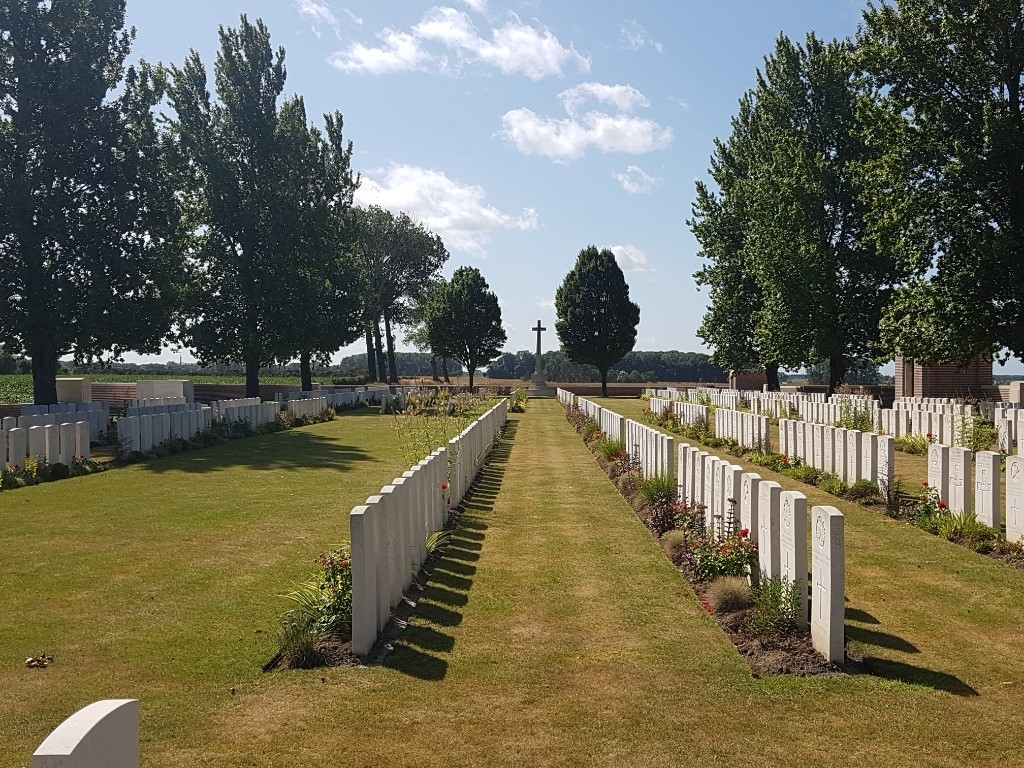 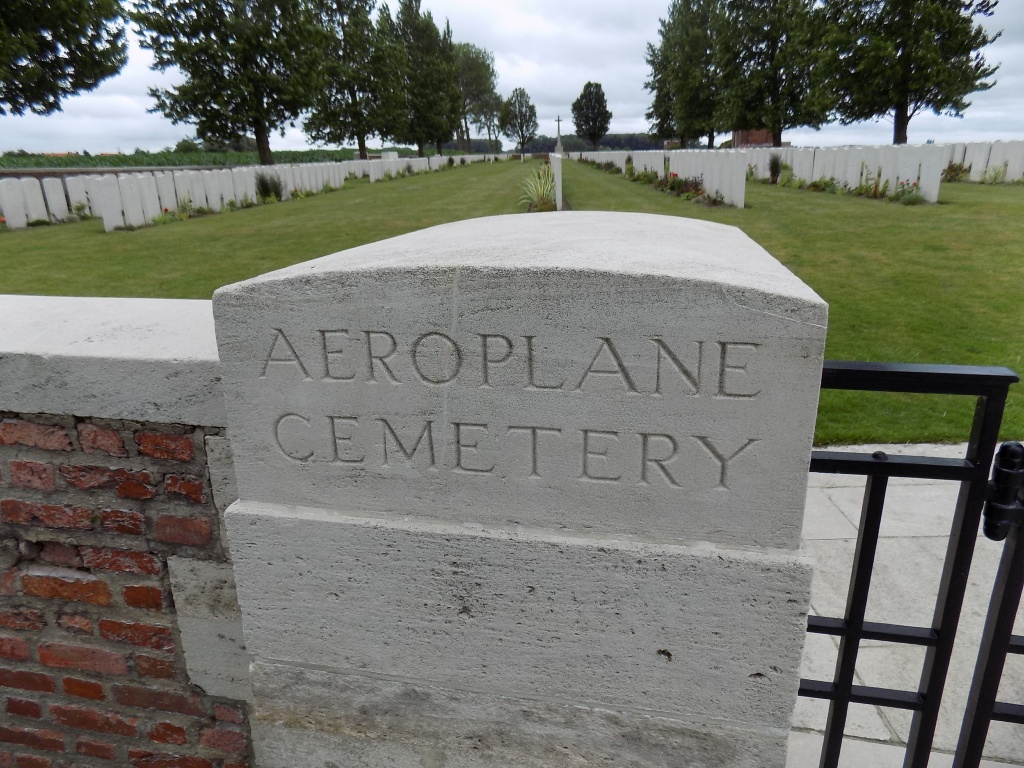 From October 1914 to the summer of 1918, Ypres (now Ieper) was the centre of a salient held by Commonwealth (and for some months also by French) forces. The site of the cemetery was in No Man's Land before 31 July 1917 when the 15th (Scottish) Division, with the 55th (West Lancashire) Division on their left, took nearby Verlorenhoek and Frezenberg. The cemetery was begun the following month (under the name of the New Cemetery, Frezenberg) by the 15th and the 16th (Irish) Divisions, but by October it had acquired its present name from the wreck of an aeroplane which lay near the present position of the Cross of Sacrifice. It was used by fighting units until March 1918, and again, after a period of occupation by the Germans, in September 1918. Plots II to VIII, and part of Plot I, were formed after the Armistice when graves were brought in from small burial grounds and the surrounding battlefields. The only considerable burial grounds concentrated into Aeroplane Cemetery were the following: BEDFORD HOUSE CEMETERY (ENCLOSURE No. 5), ZILLEBEKE, a little East of the Ypres-Wytschaete Road. This enclosure, which was separate from the others now forming Bedford House Cemetery, contained the graves of 14 men of the 1st Duke of Cornwall's Light Infantry and six of the 1st Devons who fell in April, 1915. LOCK 8 CEMETERY, VOORMEZEELE, in a field about 200 metres North of Lock 8 on the Ypres-Comines Canal. It contained the graves of 19 soldiers from the United Kingdom and two from Australia and two German prisoners, who fell in July-September, 1917. There are now 1,105 Commonwealth servicemen of the First World War buried or commemorated in this cemetery. 636 of the burials are unidentified but special memorials commemorate eight casualties known or believed to be buried among them. The cemetery was designed by Sir Reginald Blomfield.