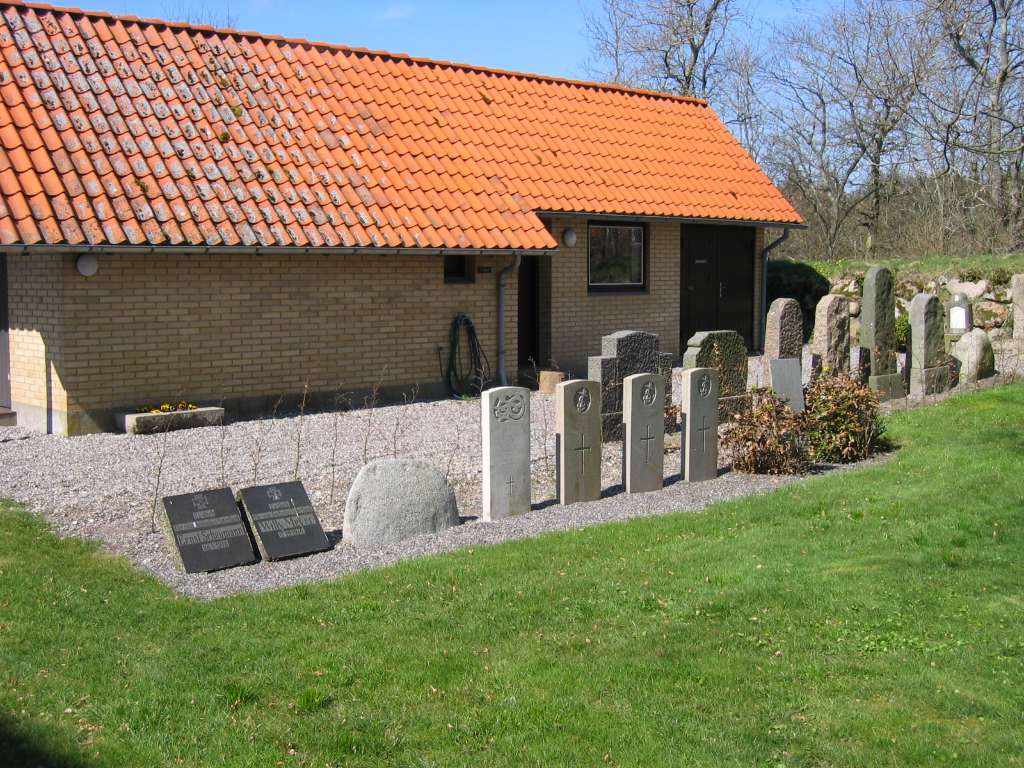 The churchyard is located in the village of Svankaer, which is 48 kilometres south-west of Thisted, Northern Jutland. From the road 181, which runs between Thisted and Struer, turn off in the direction of Svankaer. Follow this road and the church is in front of you at the junction.

Hvidbjerg on Aa Churchyard contains the graves of three unidentified Commonwealth airmen of the Second World War. Also buried here are three sailors of the First World War, all of whom died in the Battle of Jutland in 1916.