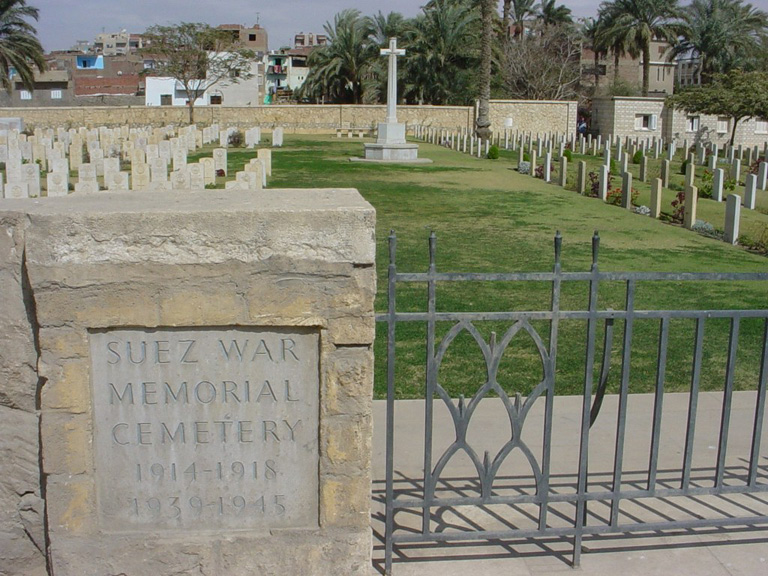 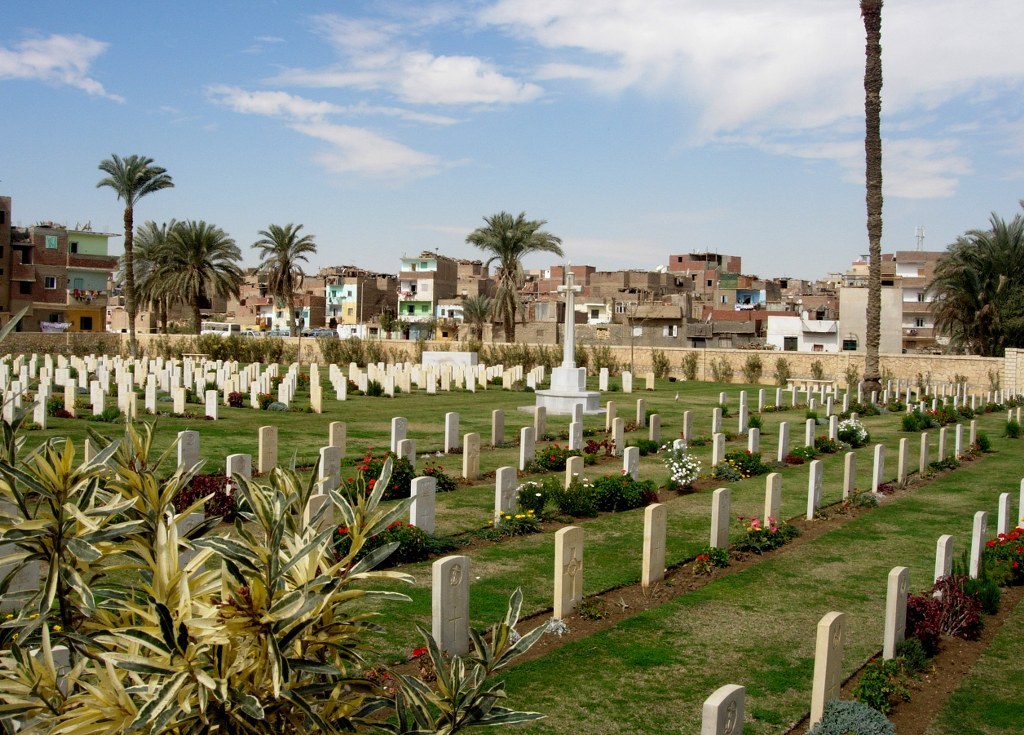 Suez War Memorial Cemetery is situated on the western outskirts of Suez, about 7 kilometres from the centre. Starting from the Cairo/Suez road which takes you straight from Cairo to Suez.:- At the end of this road you will arrive at a roundabout/T Junction where there are signs in English saying that Suez is around to the LEFT. Follow the road to the left and continue until you arrive at a traffic light, here you must wait and turn LEFT. Follow this road for several hundred metres until you see a large communications pylon to your right. Turn right BEFORE the pylon. Follow this road until you see the CWGC signs for the African & Indian Cemetery to your right and Suez War Memorial Cemetery to your left.

Suez was an important hospital centre during the First World War with two Indian general hospitals, two stationary hospitals and casualty clearing stations based there at various times. Initially, burials took place in a special plot in the Protestant cemetery but the War Memorial Cemetery was established nearby in 1918 and these graves were transferred there, together with some from other burial grounds. Later, the adjoining Arbain Indian Cemetery was also absorbed into it. The Second World War burials were from the large garrison based in and around Suez. There are now 513 Commonwealth casualties of the First World War and 377 from the Second World War buried or commemorated in the cemetery. A few, known to have been buried here or elsewhere but whose graves could not be located, are commemorated by special memorial. The cemetery also contains war graves of other nationalities and non war graves. The graves of those in the original Arbain Indian Cemetery are not marked by headstones, their names are recorded on Screen Wall panels in front of the burials.