Within this cemetery stands the Kantara Indian Cemetery Memorial dedicated to the 283 Indian casualties originally buried or commemorated in Kantara Indian Cemetery, which in 1961 was declared unmaintainable. The original memorial had a general inscription, with the names recorded in a printed memorial register. In 2000, these names were added to the memorial. 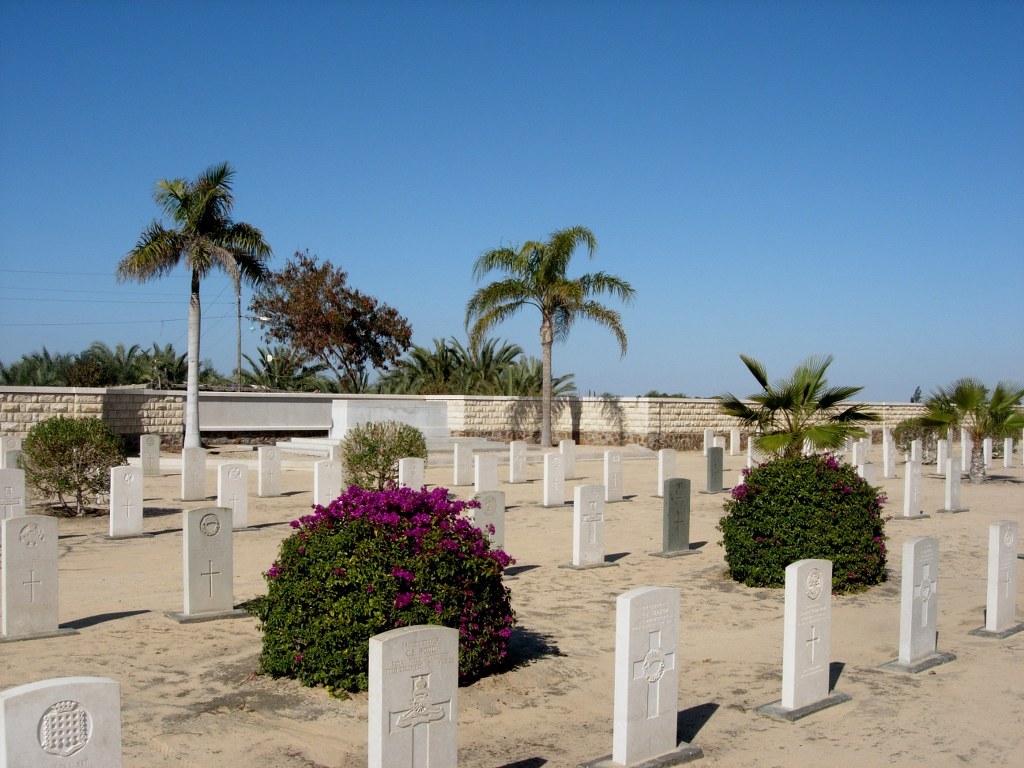 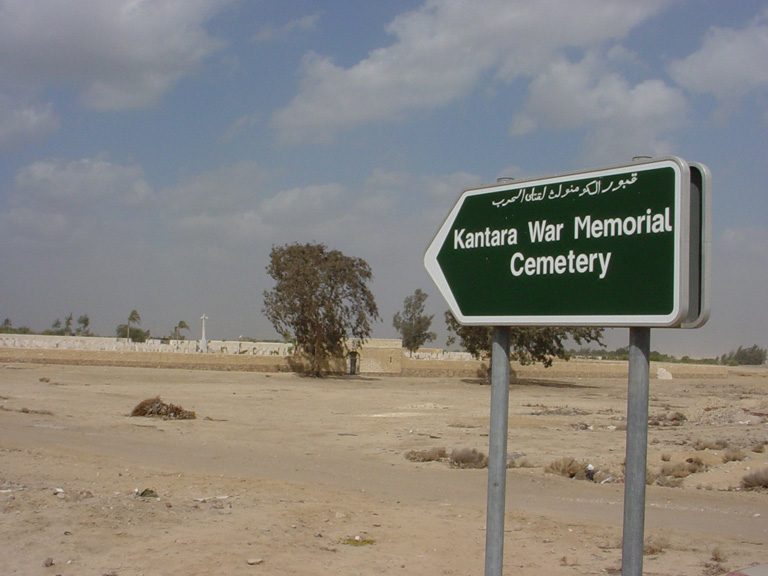 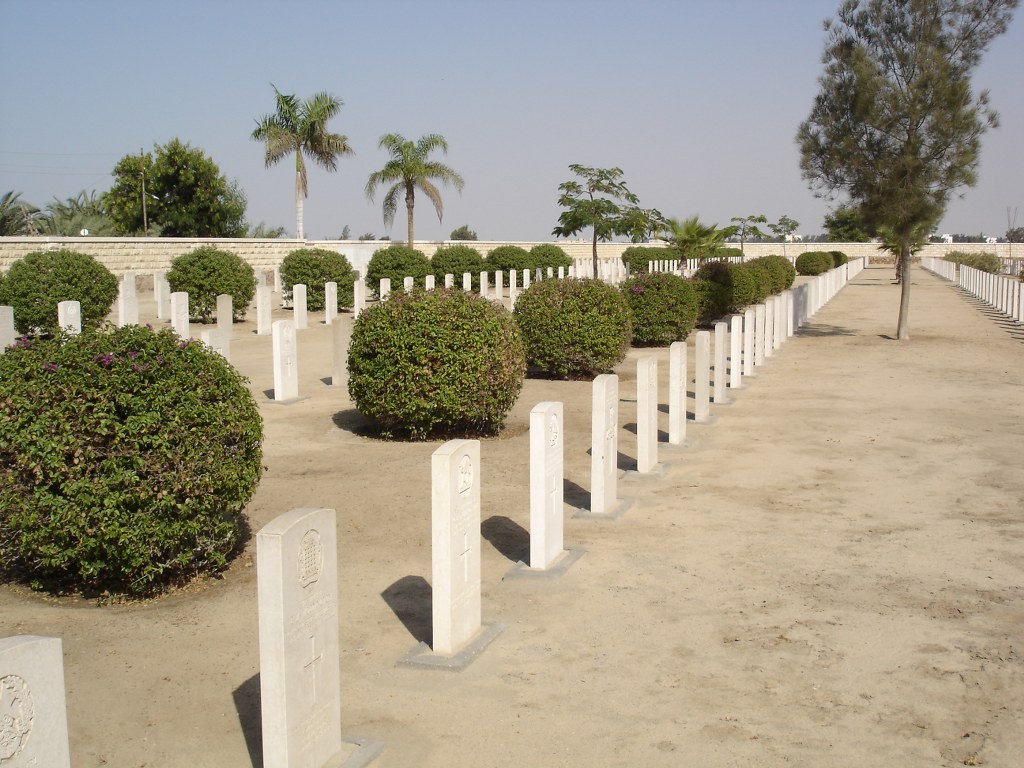 Please note that some of the rows in this cemetery contain later, additional burials. The grave numbers in these particular rows may not therefore relate to the actual headstone numbers on the ground, for example Grave 1a = headstone 1, Grave 1b = headstone 2 and so on.

In the early part of the First World War, Kantara was an important point in the defence of Suez against Turkish attacks and marked the starting point of the new railway east towards Sinai and Palestine, begun in January 1916. Kantara developed into a major base and hospital centre and the cemetery was begun in February 1916 for burials from the various hospitals, continuing in use until late 1920. After the Armistice, the cemetery was more than doubled in size when graves were brought in from other cemeteries and desert battlefields, notably those at Rumani, Qatia, El Arish and Rafa.

The Second World War again saw Kantara as a hospital centre. No 1 General Hospital was there from July 1941 to December 1945 and two others, Nos 41 and 92, were there in turn for varying periods. One of the major allied medical units in the area, No 8 Polish General Hospital, adjoined the war cemetery.

KANTARA WAR MEMORIAL CEMETERY now contains 1,562 Commonwealth burials of the First World War and 110 from the Second World War. There are also 341 war graves of other nationalities in the cemetery, many of them made from the Polish hospital and concentrated in a distinct Polish extension.

Near the entrance to the cemetery is the KANTARA MEMORIAL, bearing the names of 16 New Zealand servicemen of the First World War who died in actions at Rumani and Rafa, and who have no known grave.

In 1961, nearby Kantara Indian Cemetery became inaccessible and it was decided that the 283 First World War servicemen buried there should instead be commemorated at Kantara War Memorial Cemetery. Panels bearing the names of the dead were affixed to the wall of the cemetery behind the Stone of Remembrance, forming the KANTARA INDIAN CEMETERY MEMORIAL.