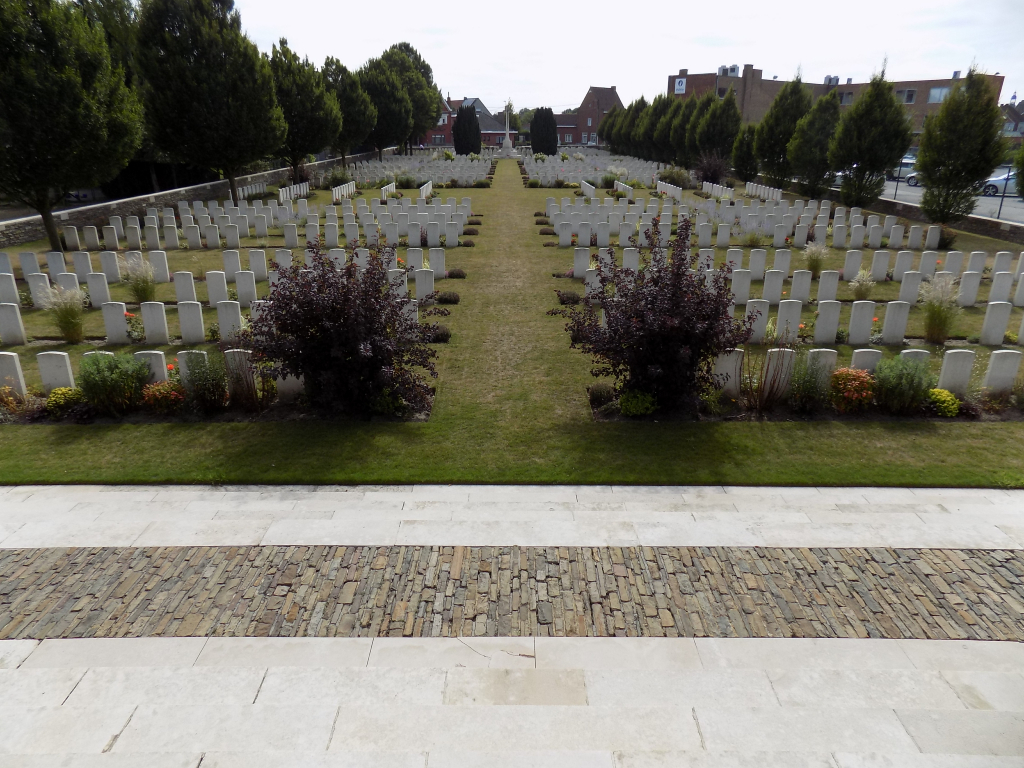 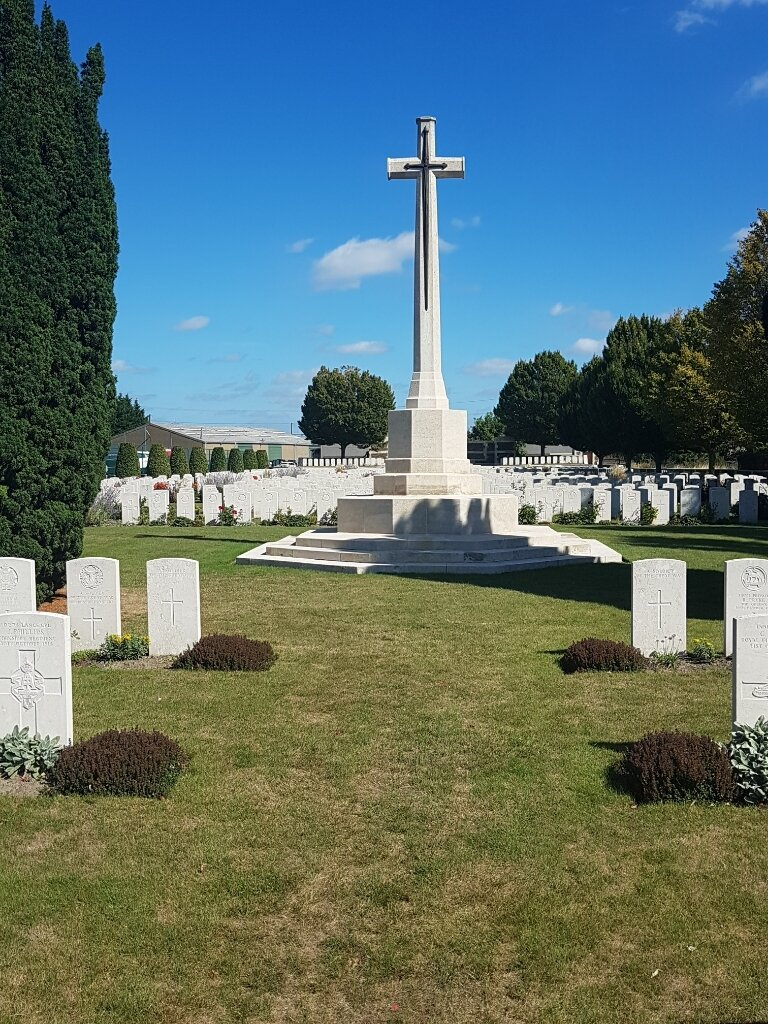 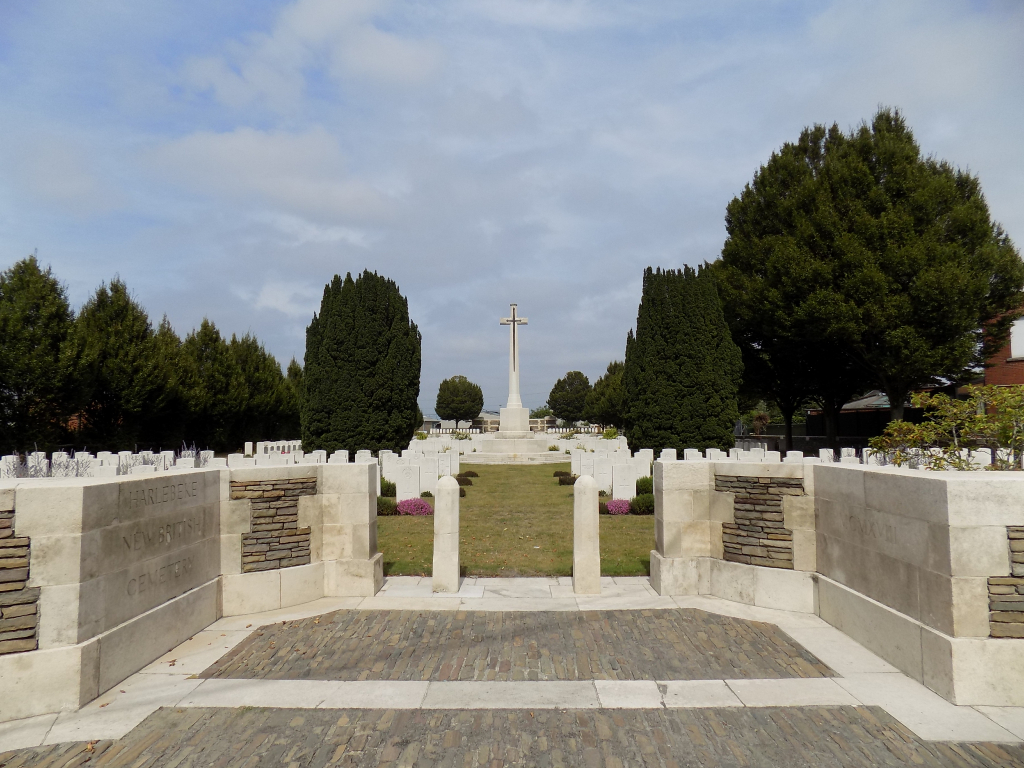 Harlebeke New British Cemetery is located 32 kilometres east of Ieper town centre on a road leading from the N8 Meenseweg, connecting Ieper to Menen, Wevelgem, Kortrijk and Zwevegem. Ieper is linked to Kortrijk via the N8 passing through Menen and Wevelgem, joining the A17 1.5 kilometres after Wevelgem, in the direction of Gent. The A17 continues for 4 kilometres then meets the junction with the E17 continuing towards Gent. 12 kilometres along the E17 lies the junction with the N36 towards Harlebeke. Leave the N36 at the junction with the N43. Turn left at this junction towards Harelbeke, then after 300 metres take the left hand turning, which begins as Derlijksestraat. After 100 metres Derlijksestraat becomes Deerlijksesteenweg and the cemetery is located 150 metres along the Deerlijksesteenweg on the left hand side.

Harlebeke village was taken on the night of 19-20 October 1918 by the 9th (Scottish) Division.

Harlebeke New British Cemetery was made after the Armistice when graves were brought in from the surrounding battlefields of 1918 and, in 1924-25, from German cemeteries or plots in Belgium. The earlier concentrations are in Plots I and X, and the later in Plots I, II and XI to XIX. In the latter group are many graves of October 1914.

In May 1940, The British Expeditionary Force was involved in the later stages of the defence of Belgium following the German invasion, and suffered many casualties in covering the withdrawal to Dunkirk. Commonwealth forces did not return until September 1944.

The cemetery now contains 1,116 Commonwealth burials and commemorations of the First World War. 181 of the burials are unidentified and a special memorial is erected to one casualty who is believed to be buried among them. Other special memorials record the names of 19 casualties buried by the Germans in other burial grounds whose graves could not be found on concentration. There are also ten burials of the Second World War in the cemetery.