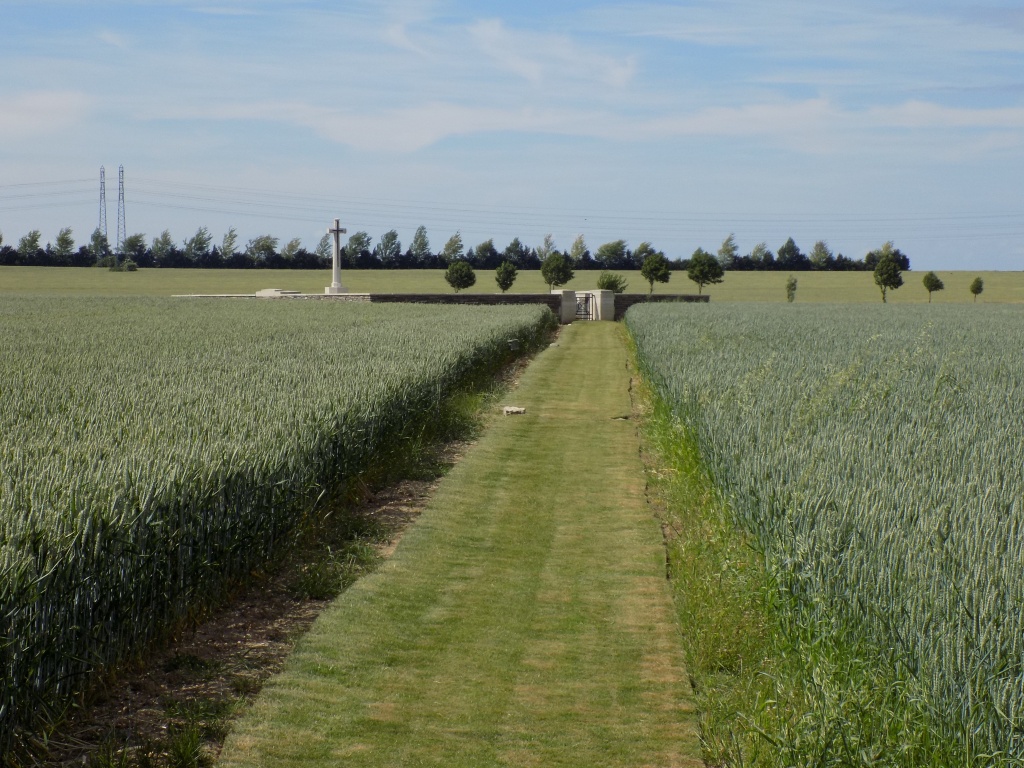 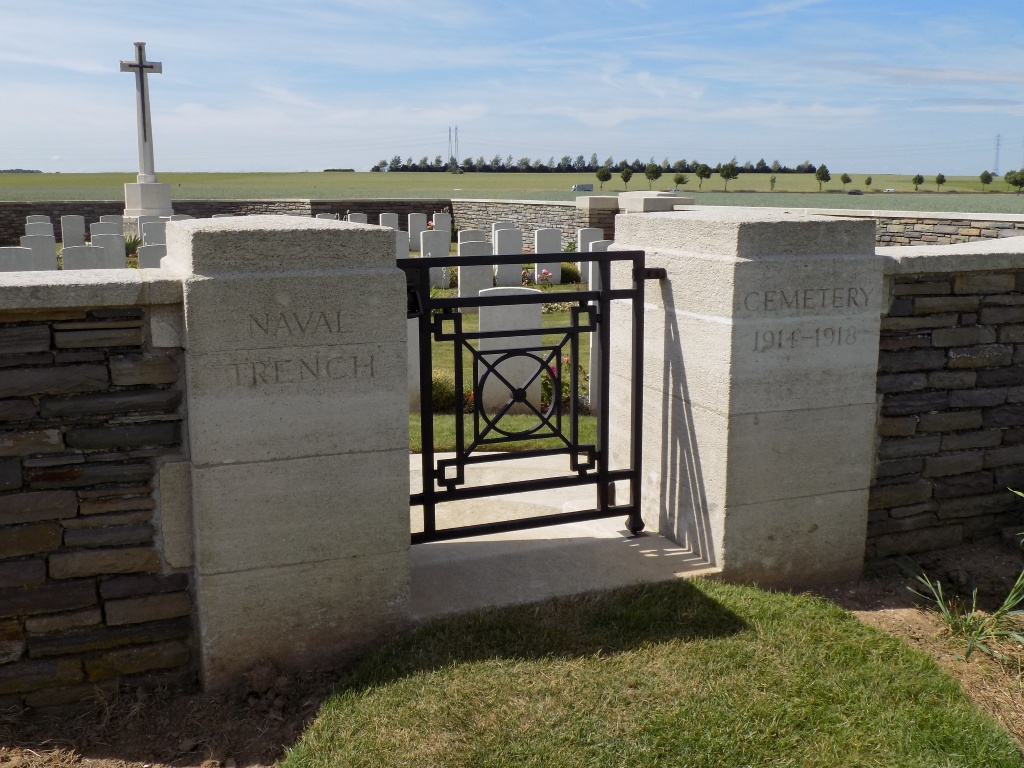 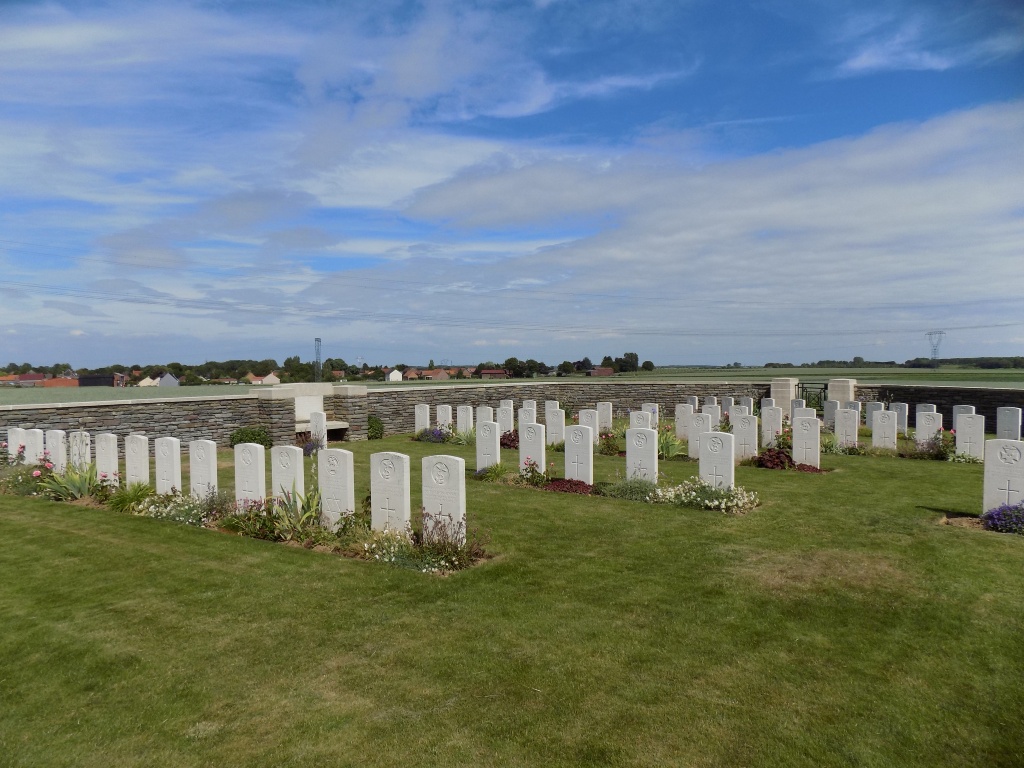 Gavrelle is a village in the department of the Pas-de-Calais about 8 kilometres north-east of Arras on the road to Douai. Naval Trench Cemetery is about 0.75 kilometres south-west of the village (D42E) down a 1 kilometre track. Take care not to confuse this Cemetery and Chili Trench Cemetery, Gavrelle.

Gavrelle was captured by the Royal Naval Division on 23 April 1917, lost on 28 March 1918, and reoccupied by the 51st (Highland) Division on the following 27 August. Naval Trench Cemetery is named from a second-line trench made by the 63rd Division in the summer of 1917, occupied as headquarters by the Queen's Westminsters in March 1918, and retaken by the 6th Black Watch on 26 August 1918. It was made by fighting units between April and November 1917. The cemetery contains 59 First World War burials, two of them unidentified. There is also one burial of the Second World War in the cemetery.