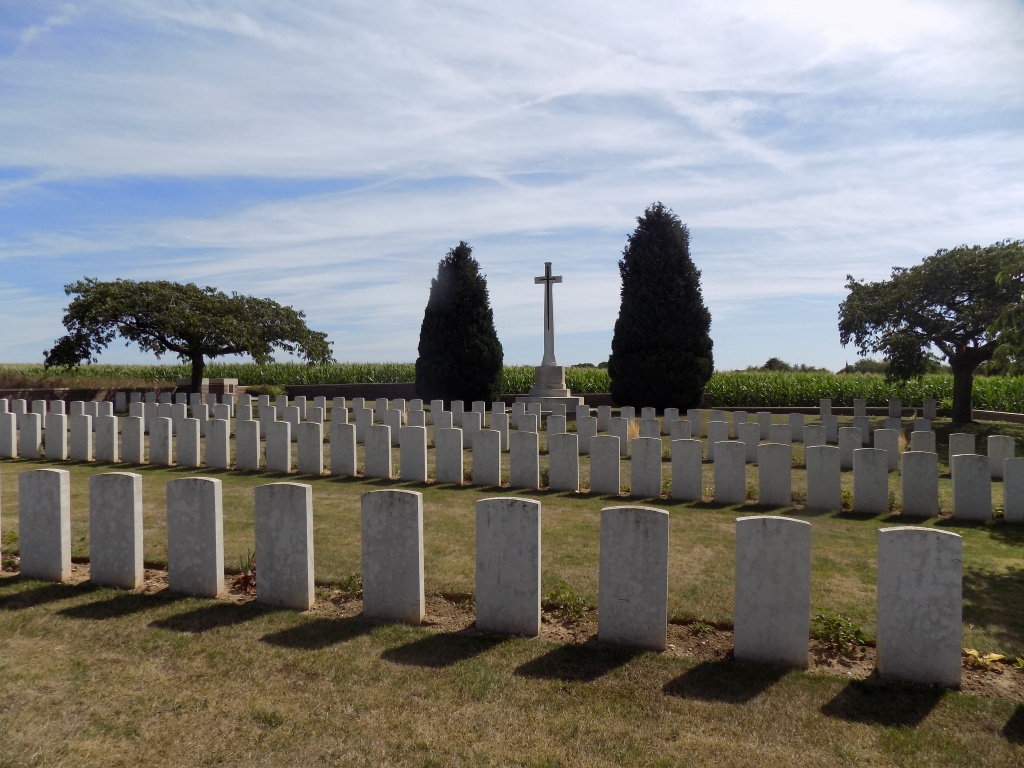 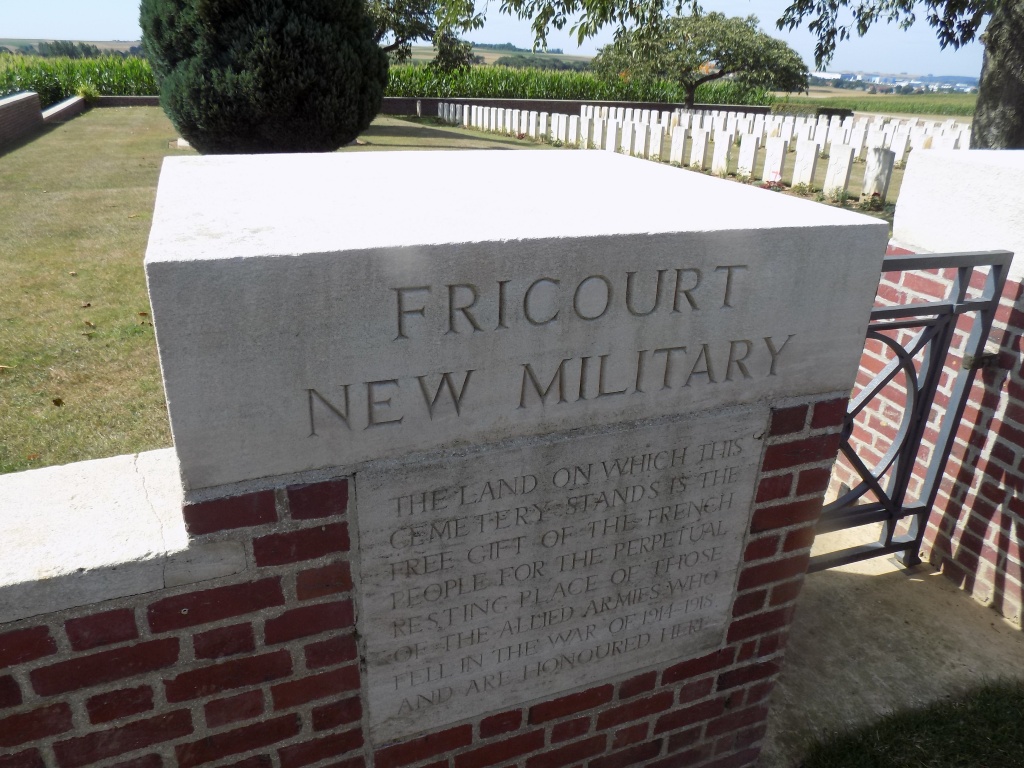 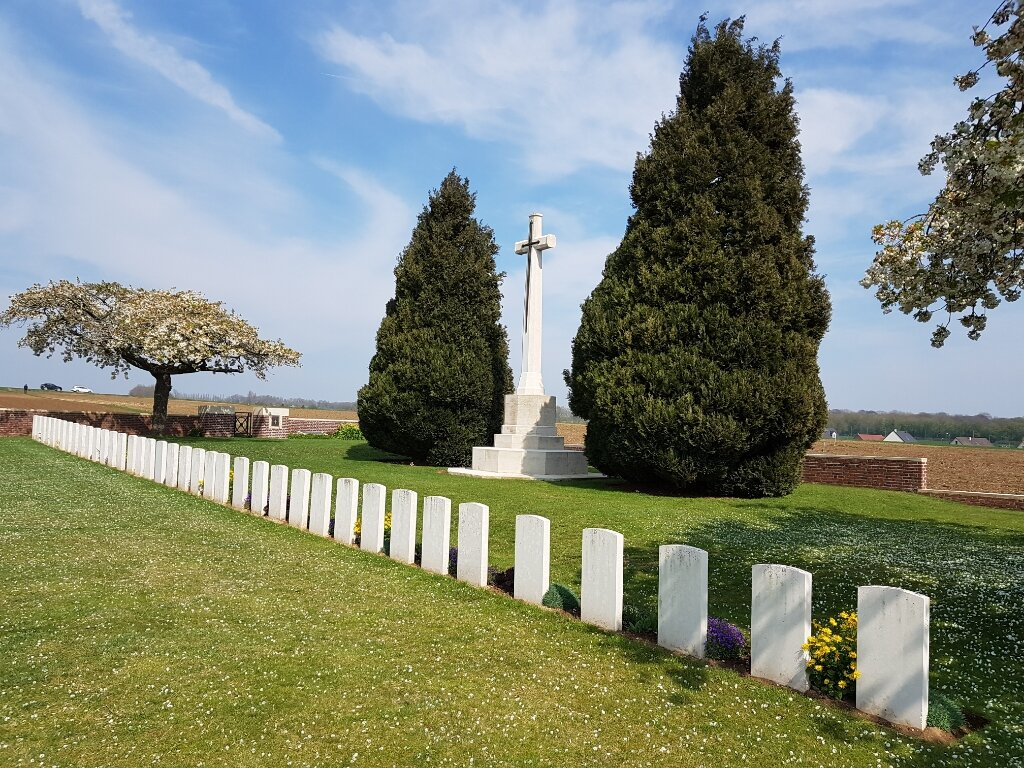 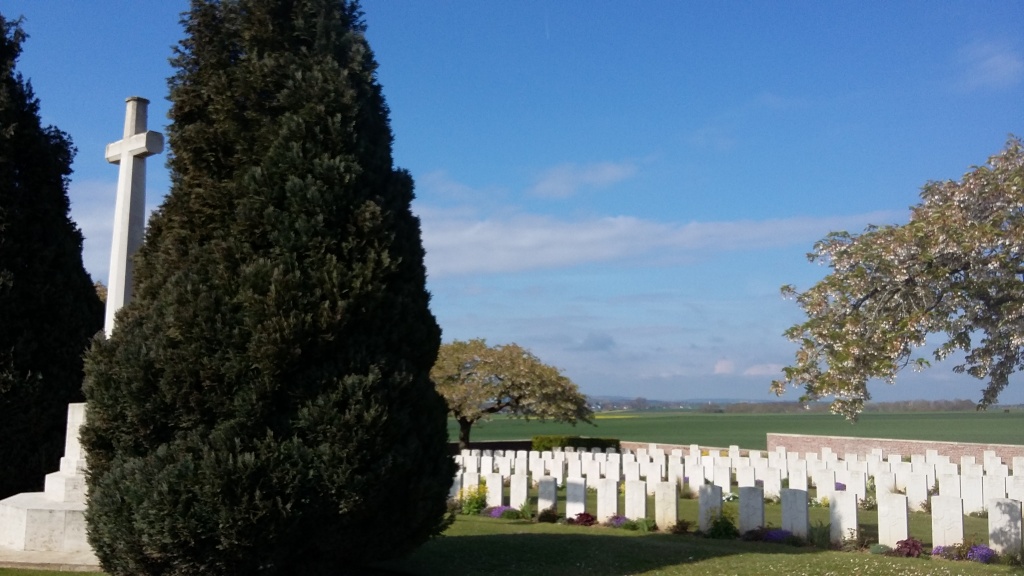 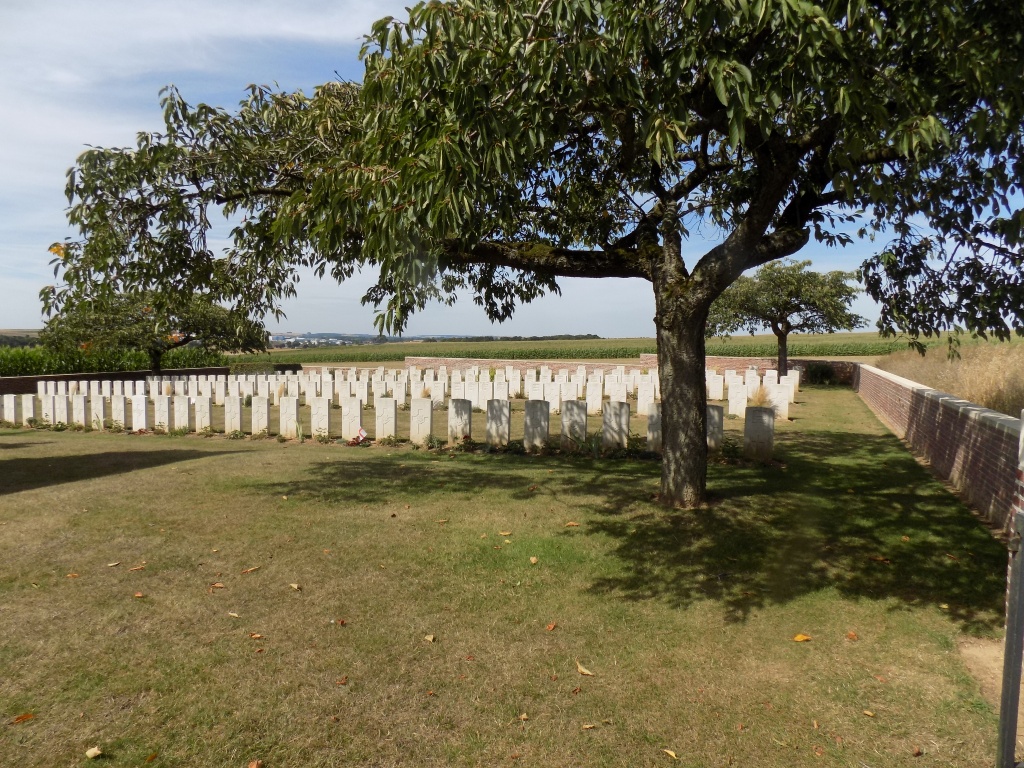 The village of Fricourt is approximately 5 kilometres east of Albert. Take the D938 (Albert-Peronne) and turn north 4 kilometres from Albert onto the D147. Continue through the village and the Cemetery is situated on the north-west side of the village.

This cemetery contains graves in which more than one casualty is buried and on which more than one headstone is erected. As each of the graves has a single grave number, it follows that the numbering of the grave will in some cases not correspond with the number of the headstone as determined by counting from the beginning of the row. Visitors should therefore examine the whole row if they do not at once find the grave in which they are interested.

On 30 June 1916, Fricourt village was just within the German front line. It was attacked on 1 July by the 17th Division, and by the end of the day it was caught between that division to the west, the 21st to the north and the 7th to the south. the village was occupied by the 17th Division the following day. From 25 March 1918 to the following 26 August, Fricourt was again in German hands. Two cemeteries were made by the 17th Division, and most of the dead buried in them belonged to that division. Fricourt New Military Cemetery is in fact four big graves, made by the 10th West Yorkshire Regiment after the capture of Fricourt in July 1916, and a few single graves of September 1916. The cemetery contains 210 First World War burials, 26 of them unidentified. 159 of the graves belong to the 10th West Yorkshire Regiment. The cemetery was designed by A J S Hutton.