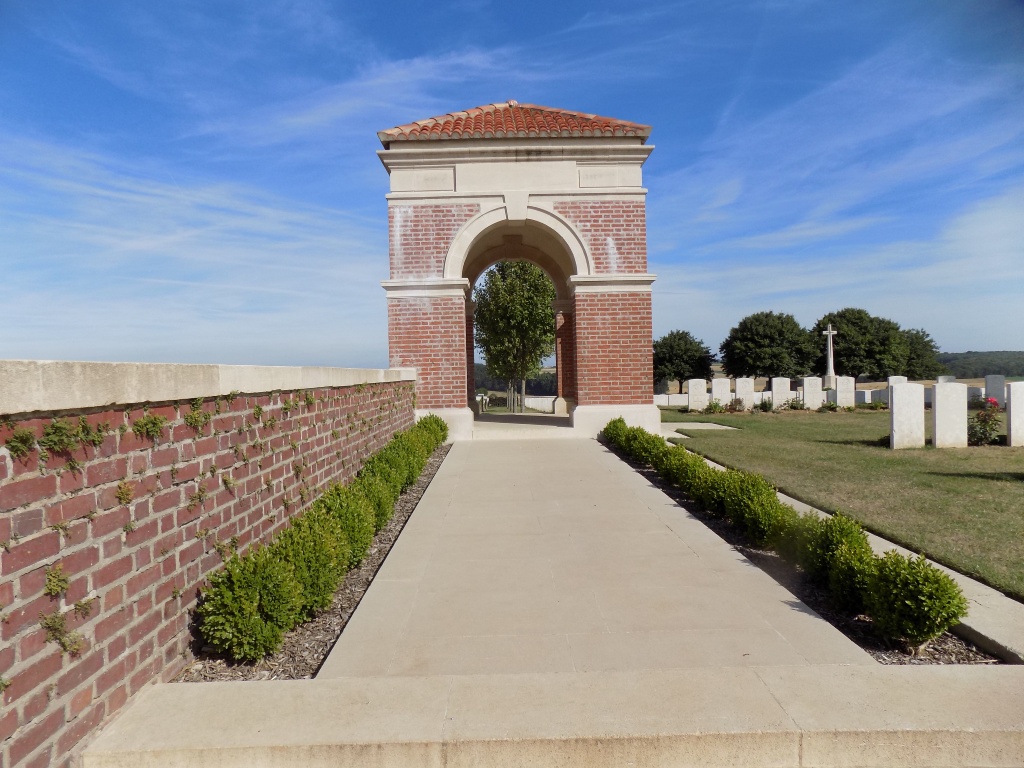 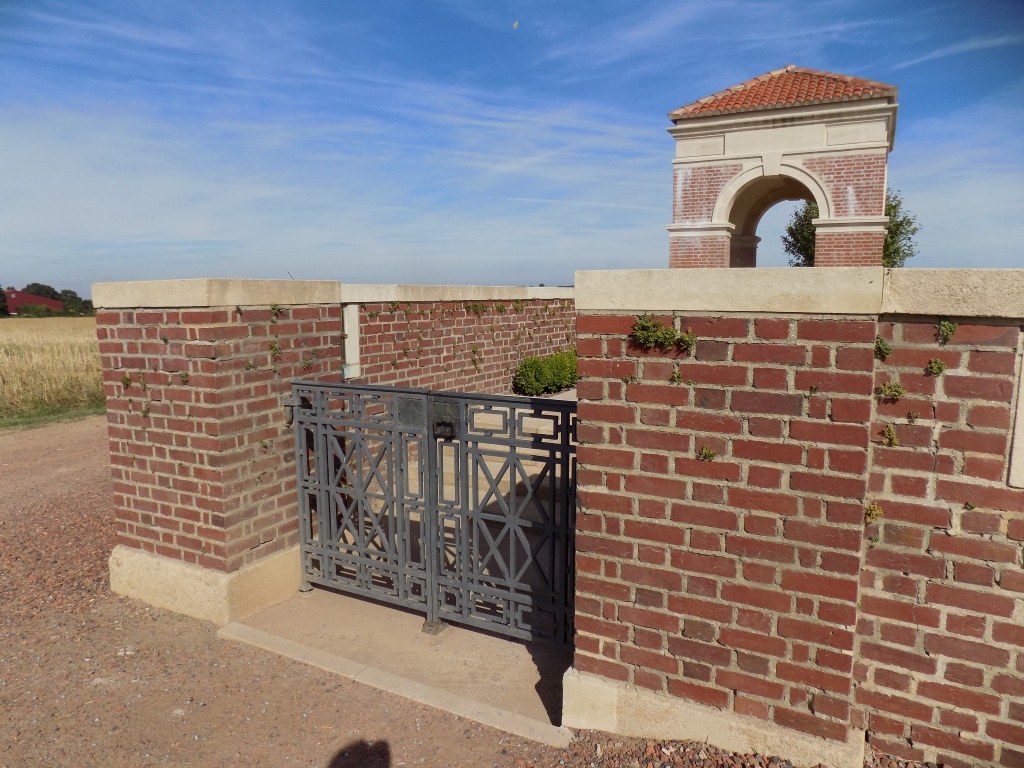 Mametz is a village about 8 kilometres east of the town of Albert. The Cemetery is a little east of the village on the north side of the road (D64) to Montauban.

Wheelchair access to site is still possible, but may be by an alternative entrance.

The village of Mametz was carried by the 7th Division on 1 July 1916, the first day of the Battle of the Somme, after very hard fighting at Dantzig Alley (a German trench) and other points. The cemetery was begun later in the same month and was used by field ambulances and fighting units until the following November. The ground was lost during the great German advance in March 1918 but regained in August, and a few graves were added to the cemetery in August and September 1918. At the Armistice, the cemetery consisted of 183 graves, now in Plot I, but it was then very greatly increased by graves (almost all of 1916) brought in from the battlefields north and east of Mametz and from certain smaller burial grounds, including:-

AEROPLANE CEMETERY, FRICOURT, on the old German front line to the south of Fricourt village. It contained the graves of 24 N.C.Os. and men of the 20th Manchesters who died on 1 July 1916.

BOTTOM WOOD CEMETERY, FRICOURT, on the south edge of a small wood between Mametz and Fricourt Woods. This was a field ambulance station for some months from July 1916, and the cemetery contained 104 graves.

BULGAR ALLEY CEMETERY, MAMETZ, 230 metres east of the village, named from a trench. It contained the graves of 24 soldiers who died on 1 July 1916, and all but one of whom belonged to the 22nd Manchesters.

HARE LANE CEMETERY, FRICOURT, at the north-west corner of the village, named from a trench. It contained the graves of 54 soldiers who died on 1 and 2 July 1916, and of whom 49 belonged to the 10th West Yorks.

MAMETZ GERMAN CEMETERY, in which 12 soldiers were buried by their comrades in July and August 1916. This cemetery was near the crossing of the Fricourt-Maricourt and Mametz-Bray roads.

MONTAUBAN ROAD CEMETERY, CARNOY, which contained the graves of 25 soldiers (almost all of the 18th Division) who died on 1 July 1916.

VERNON STREET CEMETERY, CARNOY, in the valley between Carnoy and Maricourt, at a place called "Squeak Forward Position". 110 soldiers who died in July-October 1916 were buried here by the 21st Infantry Brigade and other units.

Dantzig Alley British Cemetery now contains 2,053 burials and commemorations of the First World War. 518 of the burials are unidentified but there are special memorials to 17 casualties known or believed to be buried among them. Other special memorials record the names of 71 casualties buried in other cemeteries, whose graves were destroyed by shell fire.