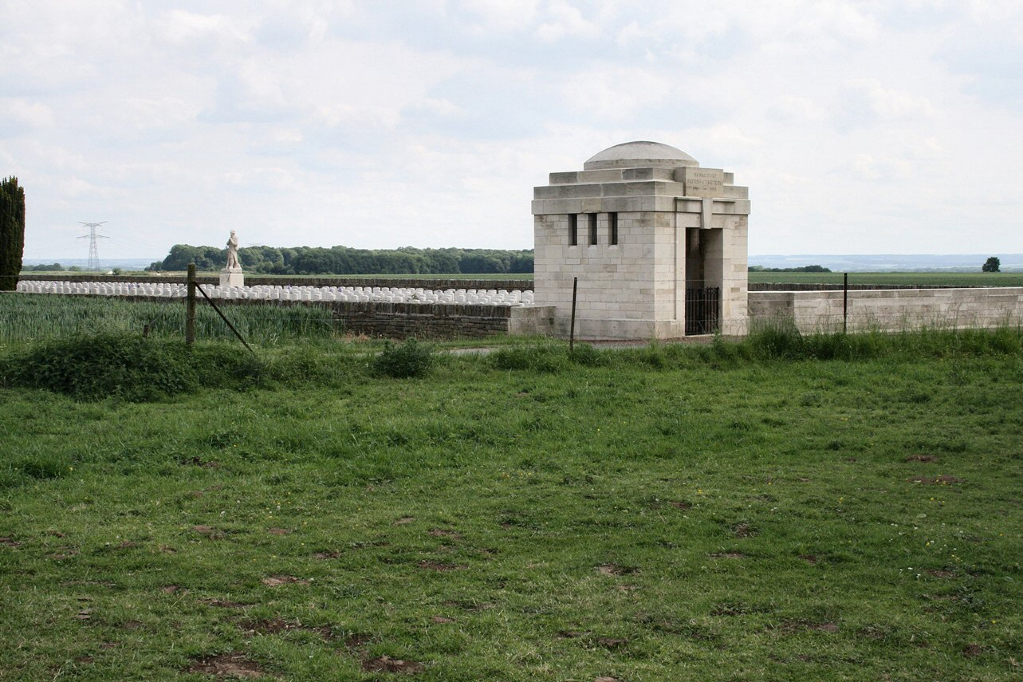 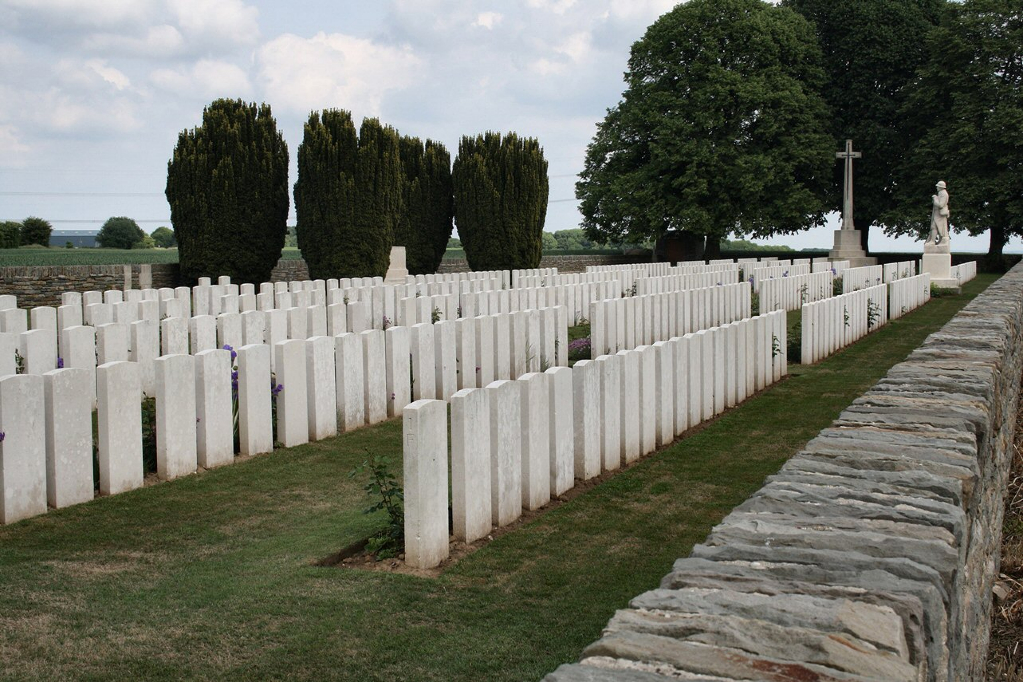 When the German advance began in March 1918, Vignacourt was occupied by the 20th and 61st Casualty Clearing Stations. It also became a headquarters of Royal Air Force squadrons. The cemetery was begun in April and closed in August, and the burials reflect the desperate fighting of the Australian forces on the Amiens front. Six burials made in the communal cemetery between October 1915 and March 1918 were brought into the cemetery after the Armistice. Vignacourt British Cemetery contains 584 First World War burials. There are also two burials from the Second World War. The cemetery was designed by Sir Reginald Blomfield. The cemetery also contans a monument erected by the village in honour of the Commonwealth dead, unveiled in August 1921. It is a statue of a French soldier, on the base of which are engraved the words: "Freres D'armes de L'Armee Britannique, tombes au Champ D'Honneur, dormez en paix. Nous veillons sur vous." ("Brothers in arms of the British Army, fallen on the field of honour, sleep in peace; we are watching over you.").