The entrance to the cemetery was badly damaged at the end of May 2021 after a vehicle drove off the road. The main entrance is no longer accessible during several weeks.

You can access the cemetery through the secondary entrance (accessible to people with reduced mobility).

The entrance is marked and secured. We will start the renovation work as soon as possible. Sorry for the inconvenience. 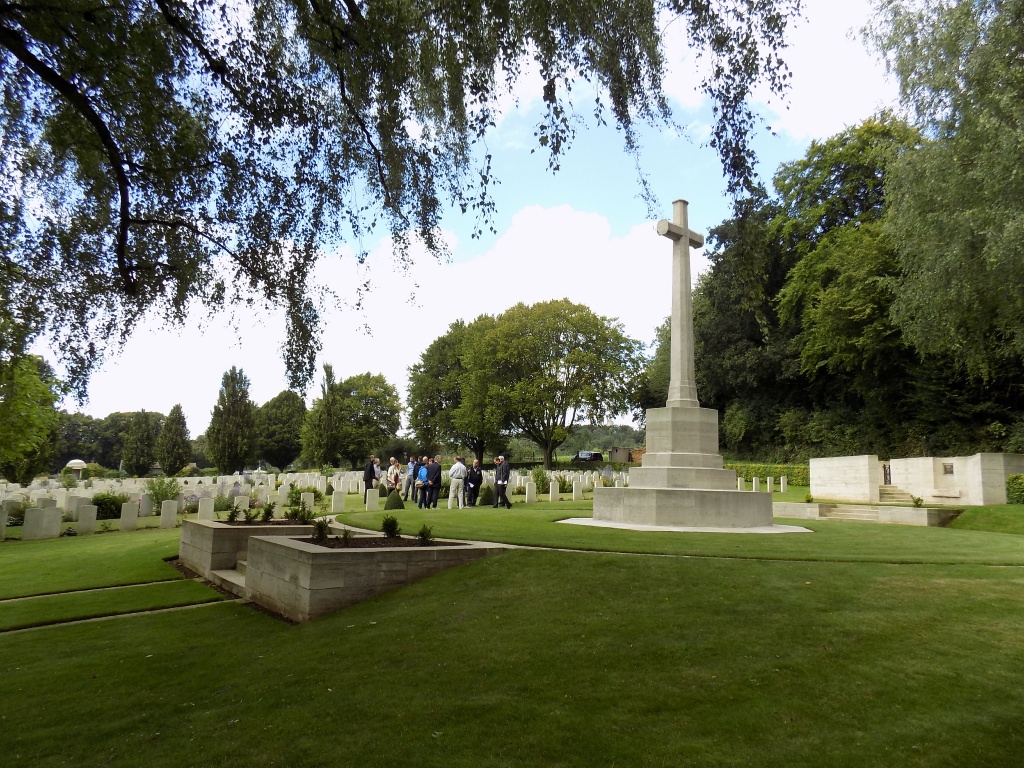 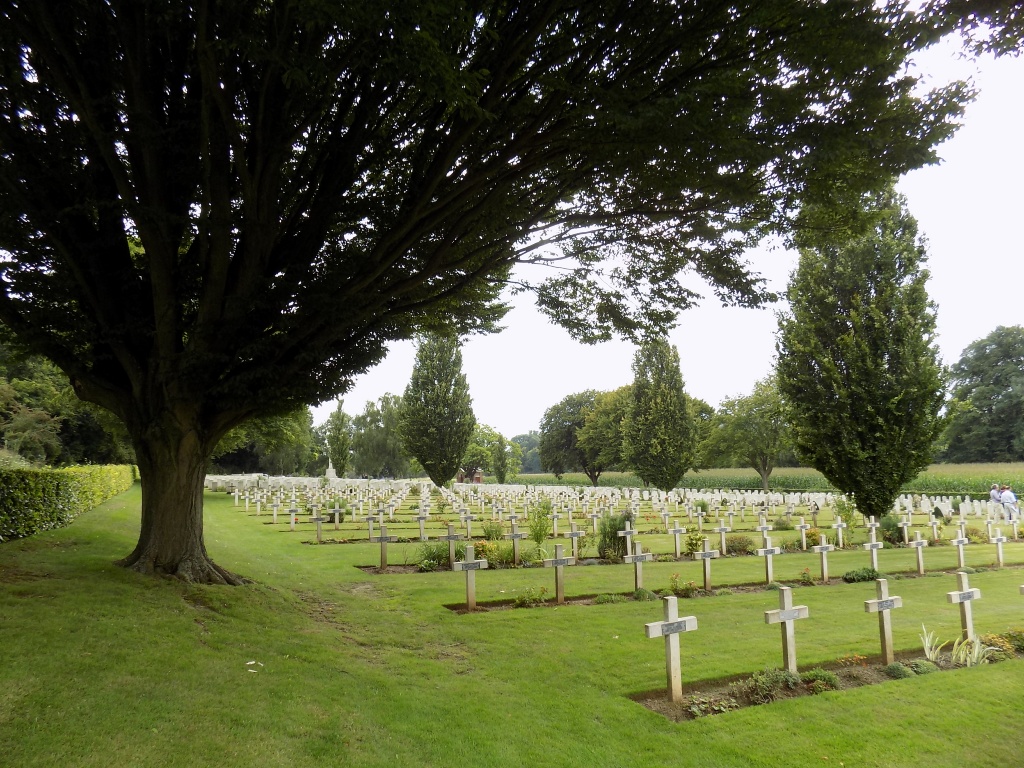 Mont-St. Eloi is a village in the Department of the Pas-de-Calais, 8 kilometres north-west of Arras. Ecoivres is a hamlet lying at the foot of the hill, to the south-west and about 1.5 kilometres from Mont-St. Eloi. The cemetery is on the D49 road.

There is room to park two cars on the side on the road directly infront of the this cemetery. Further parking is available at the communal cemetery.

This cemetery is really the extension of the communal cemetery, were the French army had buried over 1,000 men. The 46th (North Midland) Division took over the extension with this part of the line in March 1916, and their graves are in Rows A to F of Plot I. Successive divisions used the French military tramway to bring their dead in from the front line trenches and, from the first row to the last, burials were made almost exactly in the order of date of death. The attack of the 25th Division on Vimy Ridge in May 1916 is recalled in Plots I and II. The 60th (2nd/2nd London) Division burials (July to October 1916) are in Plot III, Rows A to H, and Canadian graves are an overwhelming majority in the rest of the cemetery, Plots V and VI containing the graves of men killed in the capture of Vimy Ridge in April 1917.

The graves of eight men of the 51st (Highland) Division who had been buried by the 153rd Brigade in March 1916, in what became known as Bray Military Cemetery, due South of the Mount, between the hamlet of Bray and the Bois de Maroeuil, were moved after the Armistice in to Plot VIII, Row A.