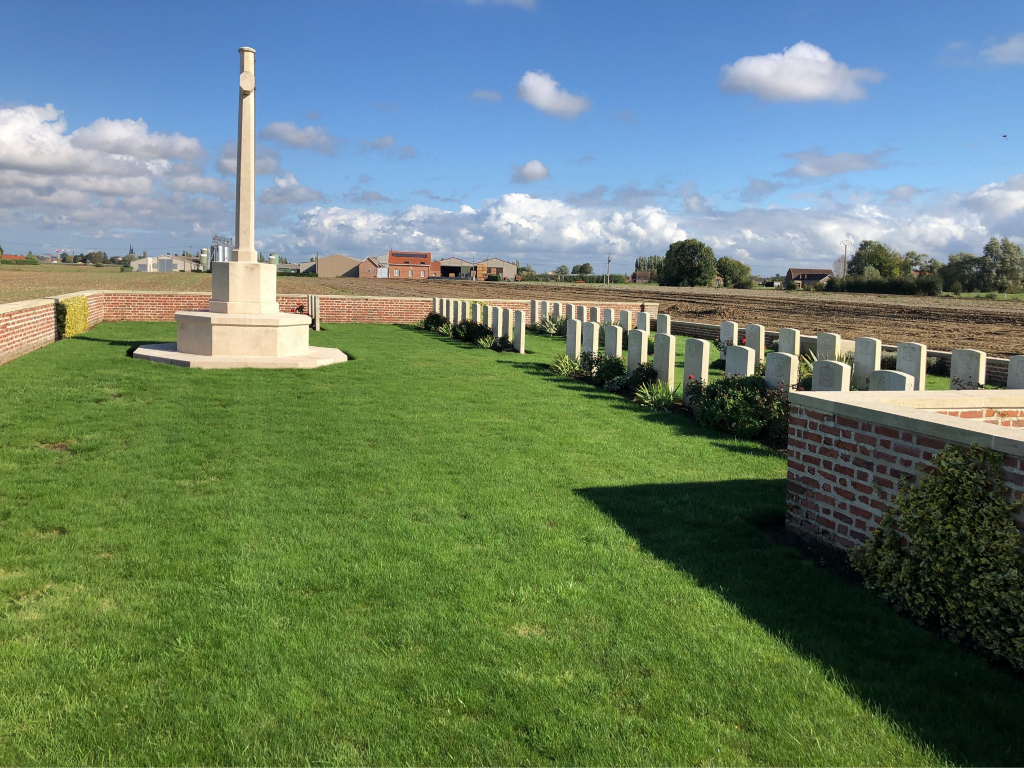 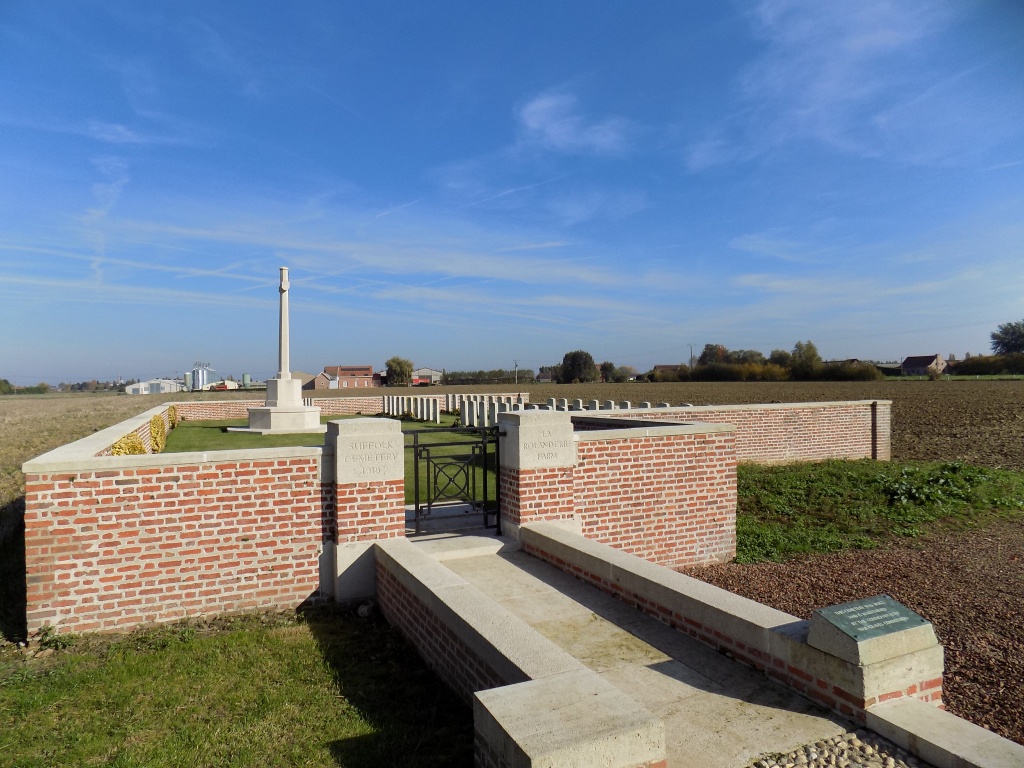 Erquinghem-Lys is a village and commune in the Department of the Nord, on the main road from Estaires to Armentieres and on the south bank of the river Lys. From the Mairie in Erquinghem head north east towards Armentieres. After the school (approximately 300 metres), turn right towards Bois Grenier. Continue along this road for 900 metres crossing the railway line on the way then turn right into the farmyard. The track leading to the Cemetery is immediately after the barn building.

Access from the main road is via a farm track, through a farm. The track is very rough and difficult and often waterlogged in winter. It is adviseable to leave vehicles parked at the beginning of the track (the farm is private property) and continue on foot, as the track is often unsuitable for cars. Wheelchair access is possible with some difficulty. For further information regarding wheelchair access, please contact our Enquiries Department on telephone number: 01628 634221

Erquinghem-Lys remained in British hands from October 1914 until the 10th April 1918, and it was finally retaken in September 1918. La Rolanderie Farm was used by the 34th Division as Brigade Headquarters in February and August 1916 and in March 1918. Between the 8th and the 19th April 1918, this cemetery was made on the South-West side of the Farm. It had then become the headquarters of the 121st Brigade, and was severely shelled and bombed. The cemetery contains the graves of 43 soldiers from the United Kingdom, of whom 36 belonged to the 11th and 12th Suffolk Regiment, and of whom eight are unidentified. The name, originally La Rolanderie Farm Military Cemetery, was changed in May 1925 at the request of the late O.C. 11th Battalion, Suffolk Regiment. The cemetery covers an area of 405 square metres and is enclosed by a low brick wall.