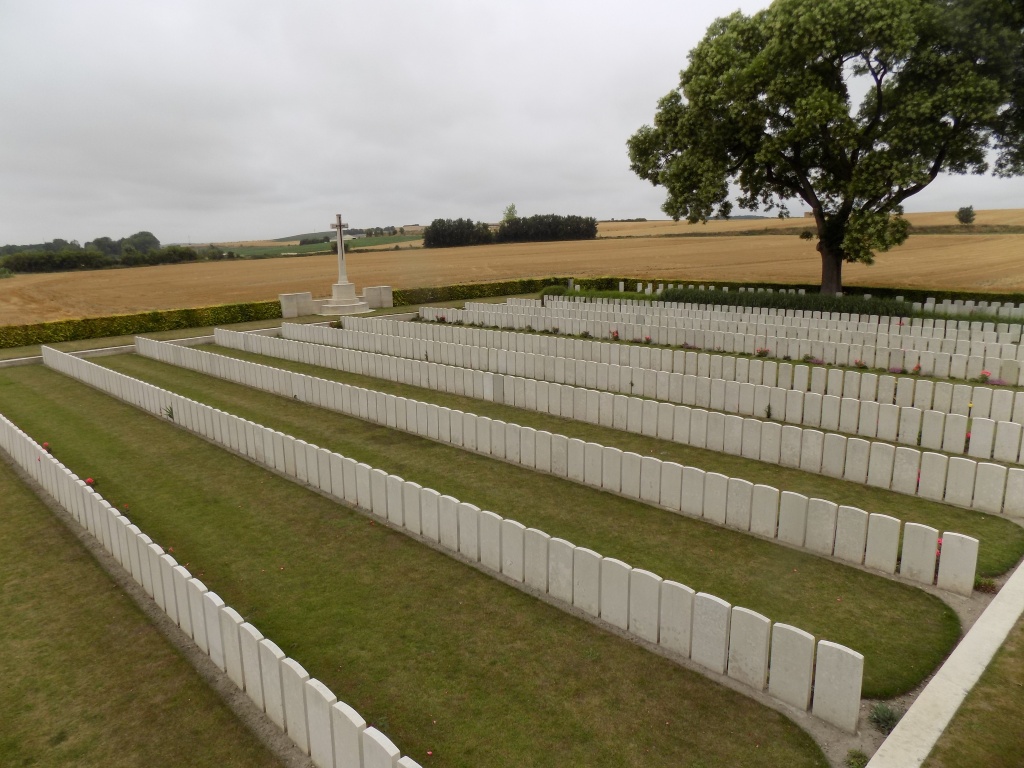 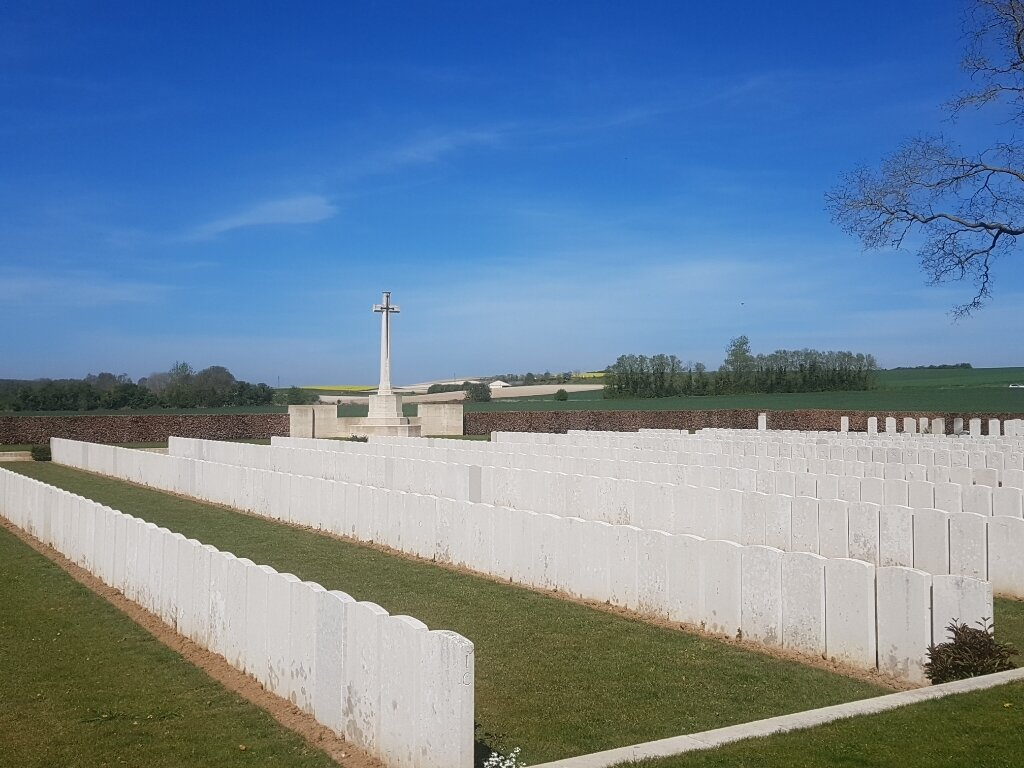 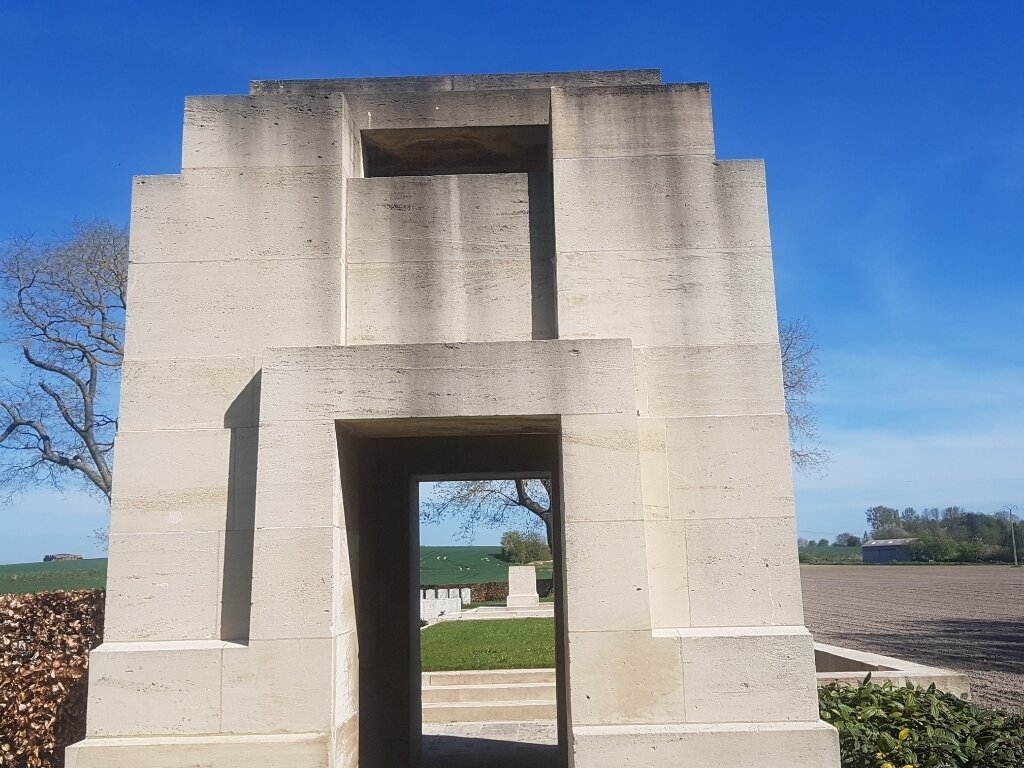 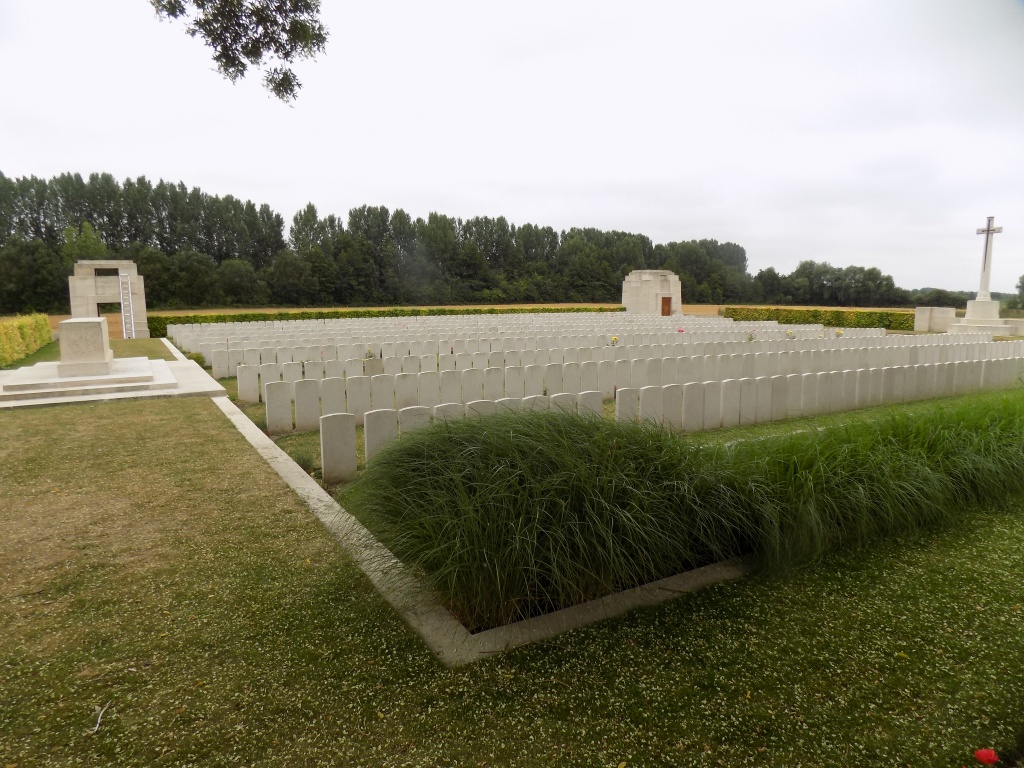 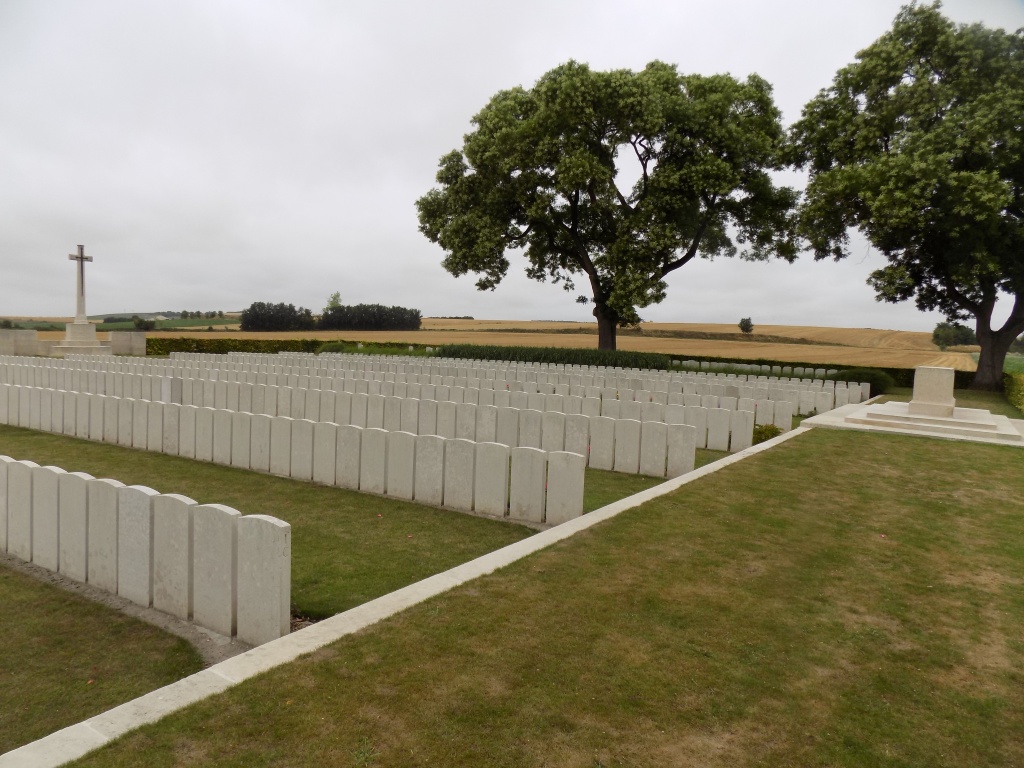 Corbie is a village 15 kilometres south-west of Albert and approximately 23 kilometres due east of Amiens. La Neuville British Cemetery is west of the village on the south side of the road from La Neuville to Daours.

For your information, vehicular access to this Cemetery is via a rough track with limited parking and turning space, thereafter it is a walk of 300m to the Cemetery entrance. The track is regularly used by large agricultural machinery and lorries. Please accept our apologies for any inconvenience caused.

In April 1916, No.21 Casualty Clearing Station came to La Neuville and remained there throughout the 1916 Battles of the Somme, until March 1917. La Neuville British Cemetery was opened early in July 1916. Most of the burials date from this period, but a few graves were added during the fighting on the Somme in 1918. Neuville British Cemetery contains 866 Commonwealth burials of the First World War. There are also 27 German war graves. The cemetery was designed by Sir Edwin Lutyens.