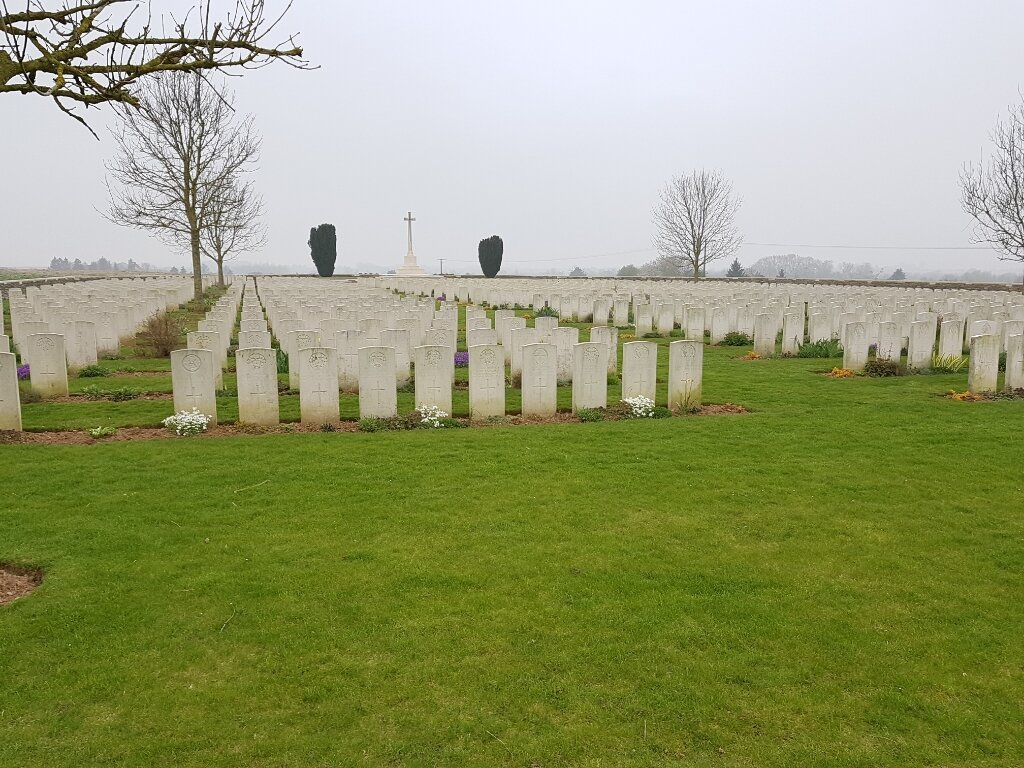 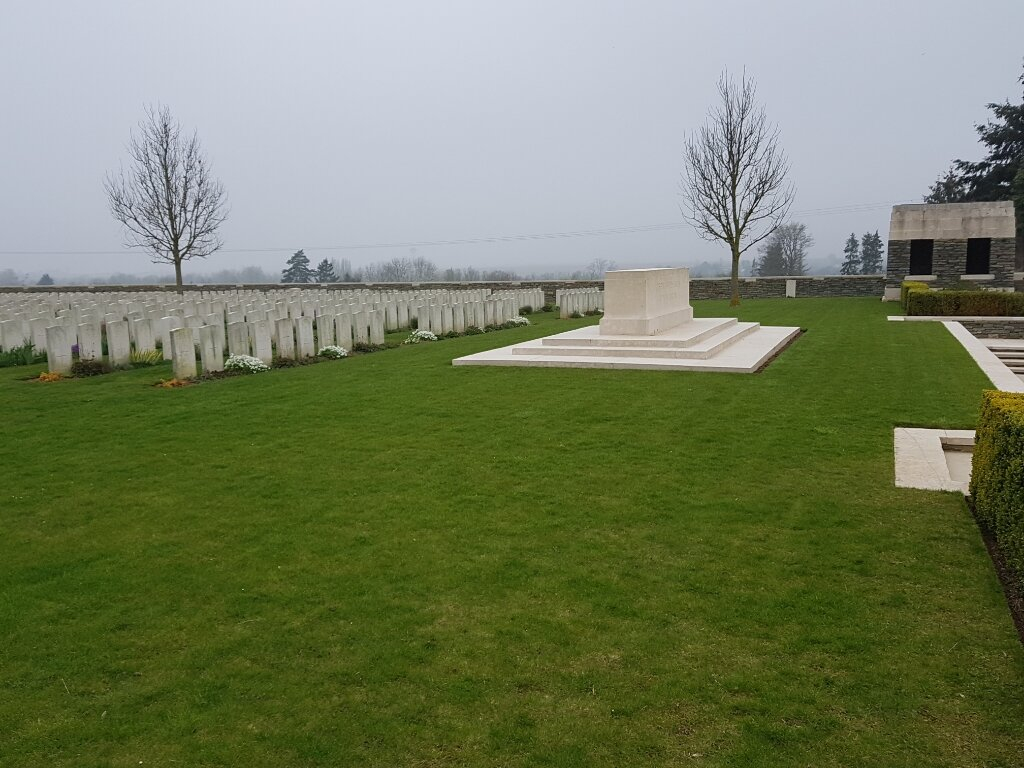 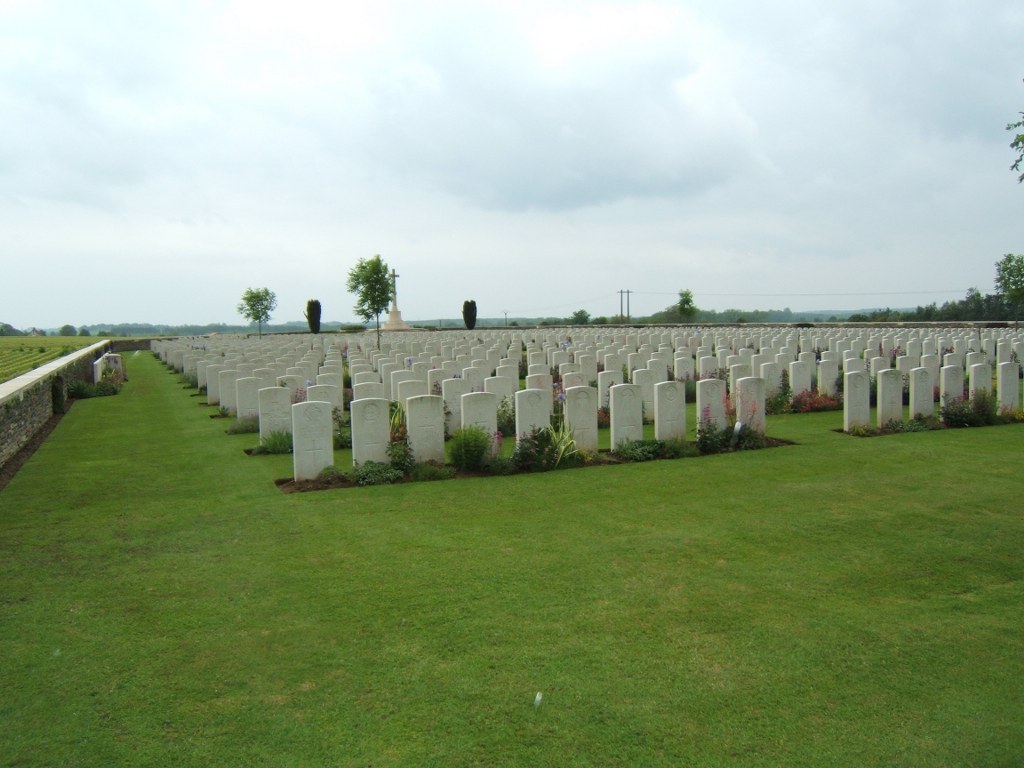 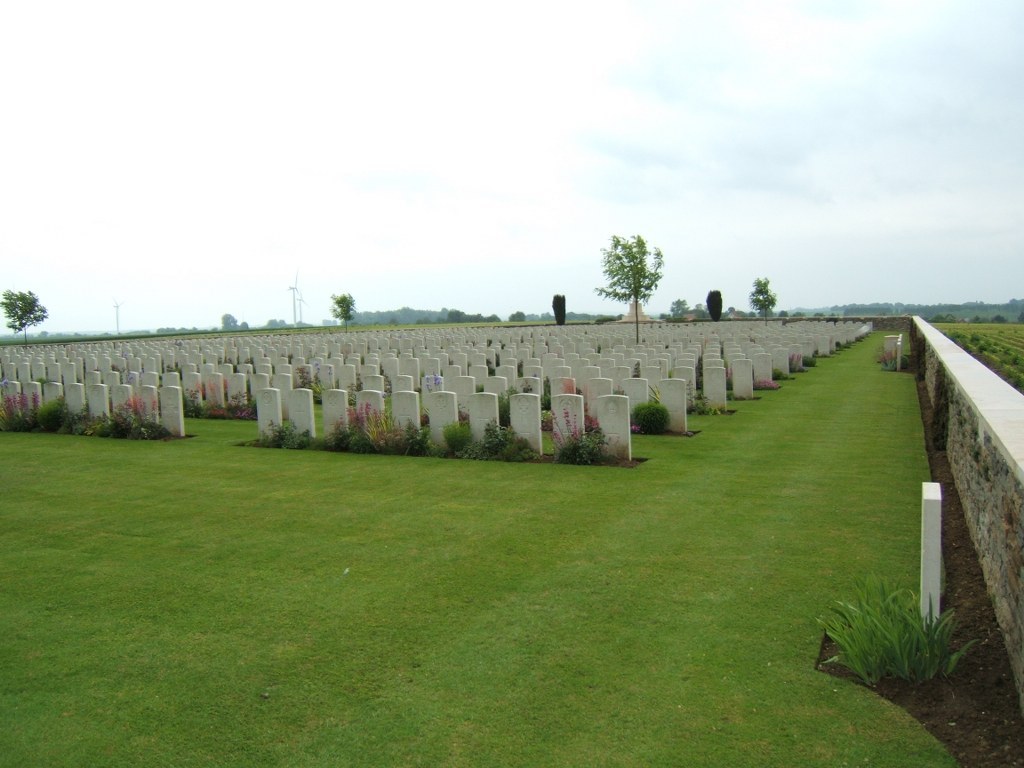 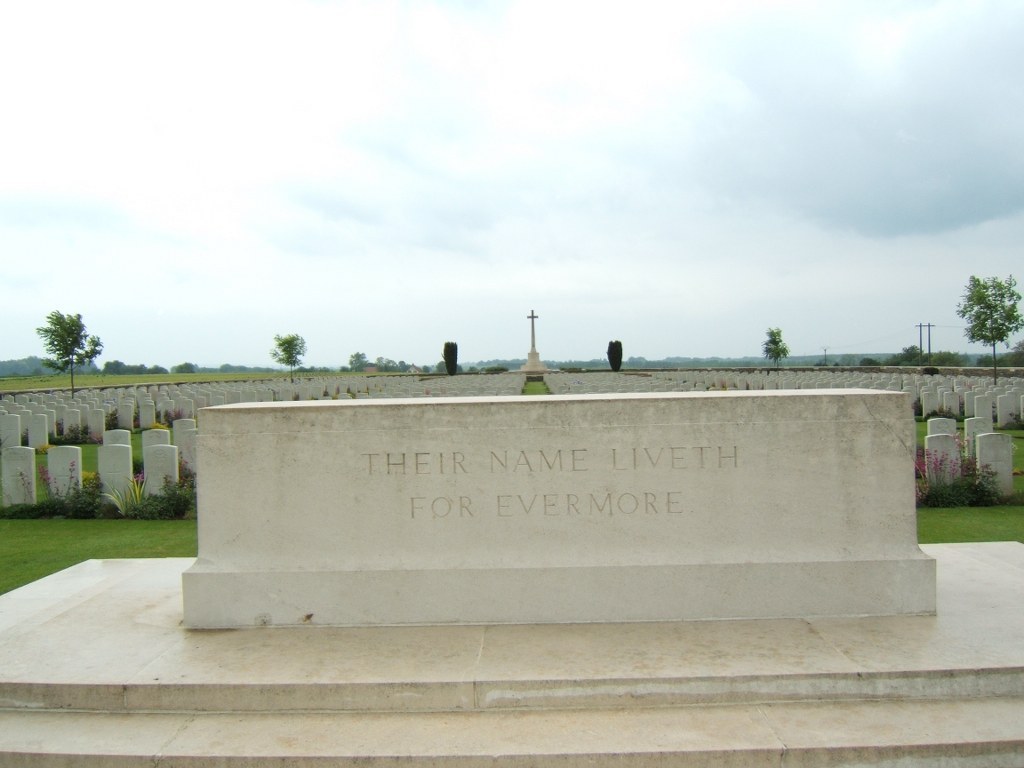 II Corps passed through this neighbourhood on the Retreat from Mons in August, 1914, and it was lost in the early days of the Fifth Army retreat in March, 1918.

The Cemetery was made in 1920-26 by the concentration of graves from the battlefields and from other burial grounds, including:-

CUGNY MILITARY CEMETERIES (Aisne, near Ham; the 2nd Royal Irish Rifles held out and were annihilated here 24 March 1918); used by British and Germans, it contained 88 British graves of February-June 1918.

There are now over 2,000, 1914-18 and a small number of 1939-45 war casualties commemorated in this site. Of these, almost two-thirds from the 1914-18 War are unidentified and special memorials are erected to two soldiers from the United Kingdom, known or believed to be buried here. Other special memorials record the names of 32 United Kingdom soldiers, buried by the enemy, whose graves could not be found. In Plots III, IV and V are many graves, identified collectively but not individually, which are marked by headstones superscribed: "Buried near this spot".

The British Cemetery covers an area of 4,732 square metres and is enclosed by a stone rubble wall.