We have been informed that some visitors have experienced unpleasant and intimidating behaviour from a local resident when visiting this site. The authorities are aware of this situation. Should you choose to visit this cemetery, please strictly abide by the following:

Should you encounter any problems when visiting this cemetery, we recommend you leave at once and file a formal complaint by: 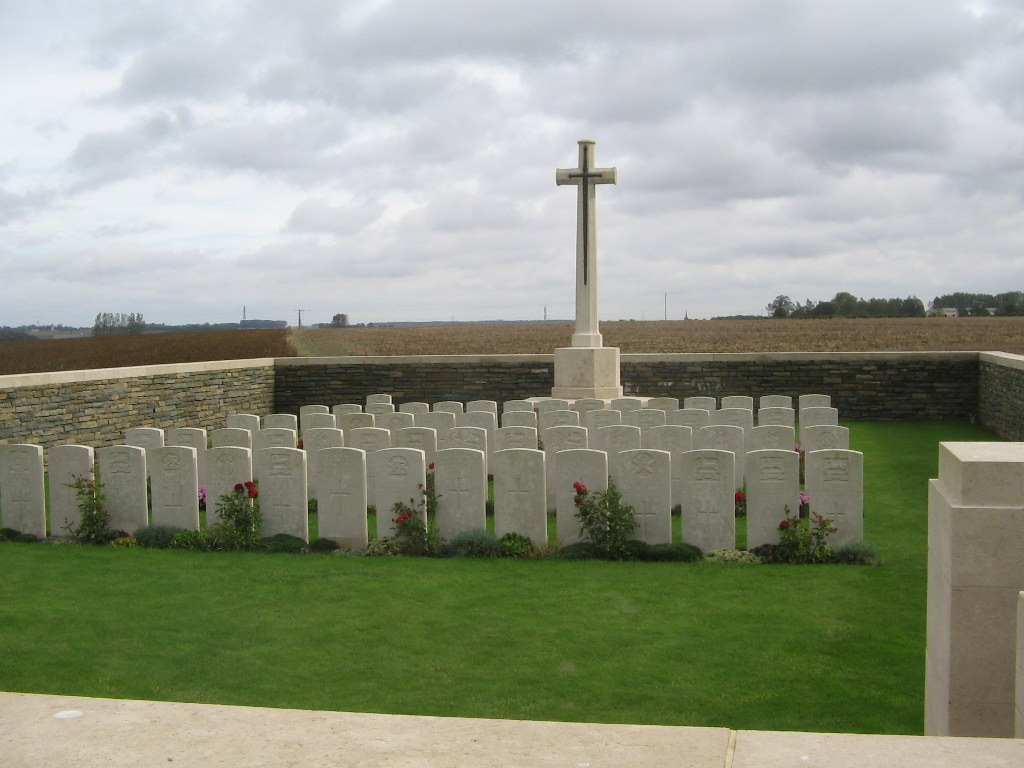 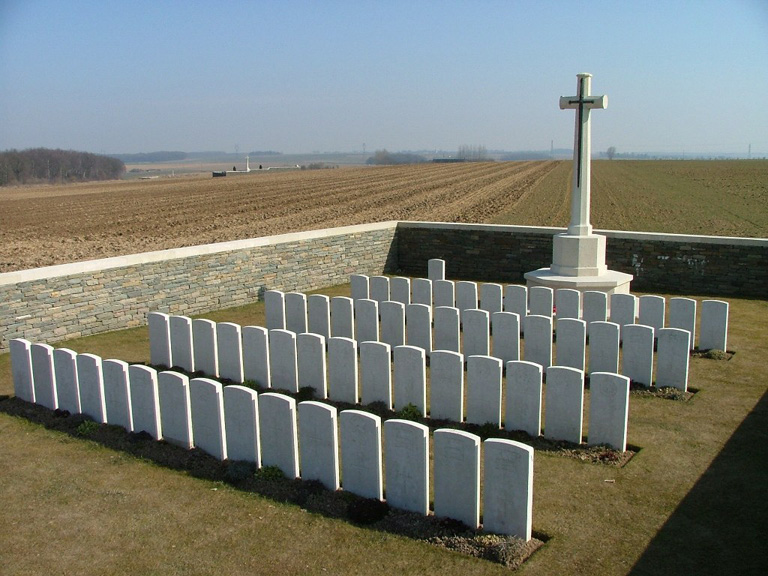 The village of Serre is 11 kilometres north-north-east of Albert. Using the D919 from Arras to Amiens you will drive through the villages of Bucquoy, Puisieux, then Serre Les Puisieux (approximately 20 kilometres south of Arras). On leaving Serre Les Puisieux, 600 metres further along the D919, there is a right turn onto a small lane which will take you directly to Serre Road No.3 Cemetery. It must, however, be emphasised that this lane is not suitable for cars and buses.

The "Serre Road" was, in June 1916, the road leading out of Mailly-Maillet, in British hands, and entering No Man's Land about 1,170 metres South-West of Serre, which was held by the Germans. The 31st and 4th Divisions attacked North and South of this road on 1 July 1916, with parties of the 31st Division reaching Serre, but the attack failed. The 3rd and 31st Divisions renewed the attempt, without success, on 13 November. The Germans evacuated Serre on 24 February 1917, and the 22nd Manchesters entered the village on the following morning.

In the spring of 1917, the battlefields of the Ancre were cleared by the V Corps and a number of cemeteries made, three of which are named from the Serre Road. They fell into enemy hands on 25 March 1918, but were recovered on the following 14 August.

There are now over 80, 1914-18 war casualties commemorated in this site (mainly of the 31st Division) who fell in July and November 1916. Of these, over half are unidentified and special memorials are erected to four men who are known or believed to be buried among them.

The cemetery covers an area of 293 square metres and is enclosed by a rubble wall.