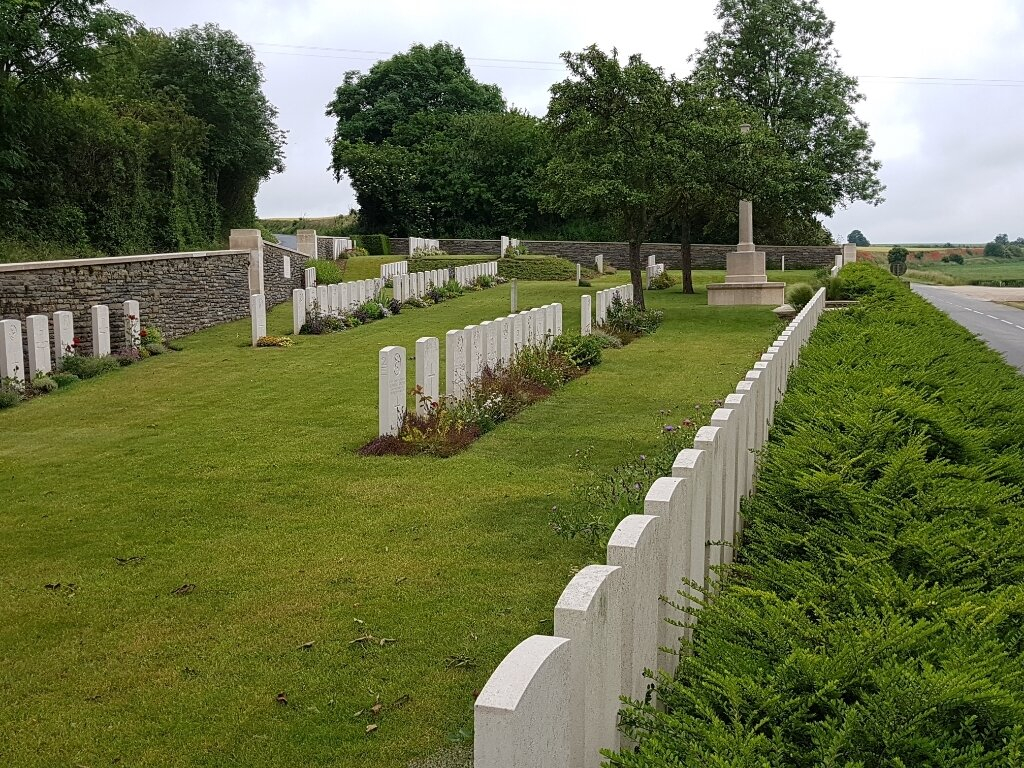 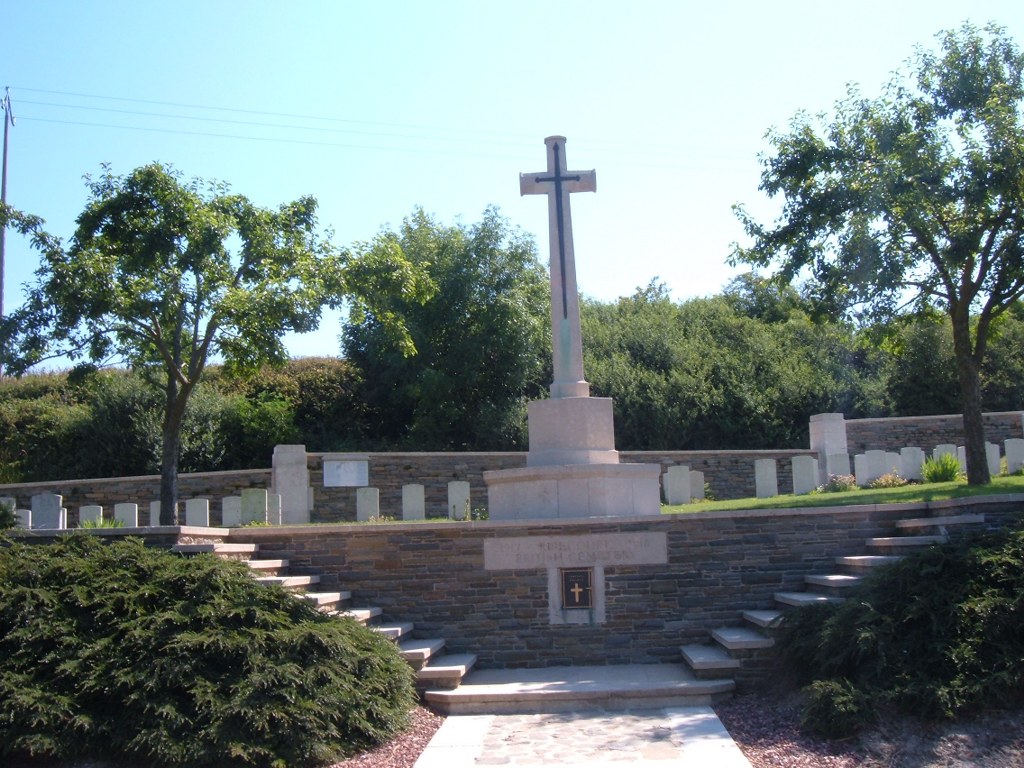 Ribecourt-la-Tour is a village about 10 kilometres south-west of Cambrai. Ribecourt British Cemetery lies on the south side of the village on the D89 heading towards Villers Plouich.

Ribecourt was taken on the 20th November 1917 by the 6th Division, but at the conclusion of the Battle of Cambrai it remained practically on the British front line; it was lost in March 1918 and recaptured by the 3rd and 42nd (East Lancashire) Divisions on the following 27th September. Ribecourt British Cemetery was begun by the 6th Division in November 1917 and used at intervals until March 1918; and further burials were made in September and October 1918. There are now nearly 300, 1914-18 war casualties commemorated in this site. Of these, almost 20 are unidentified and the graves of 81 soldiers from the United Kingdom were destroyed by shell fire and are now represented by special memorials. The cemetery covers an area of 1,002 square metres and is enclosed by a low rubble wall.