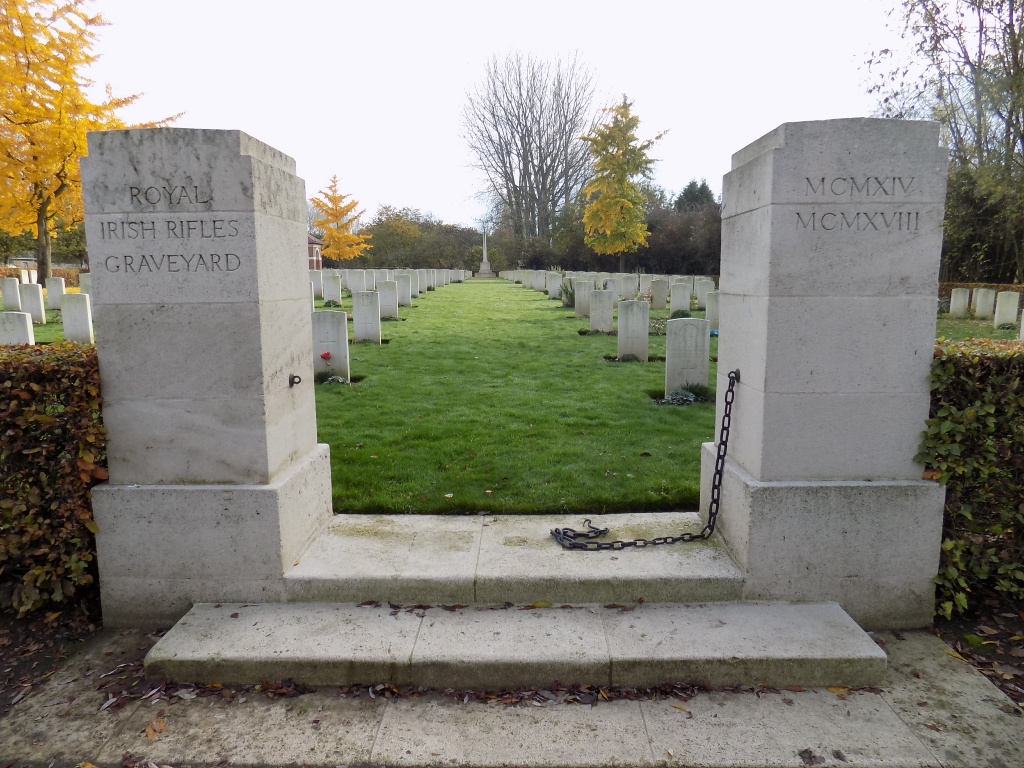 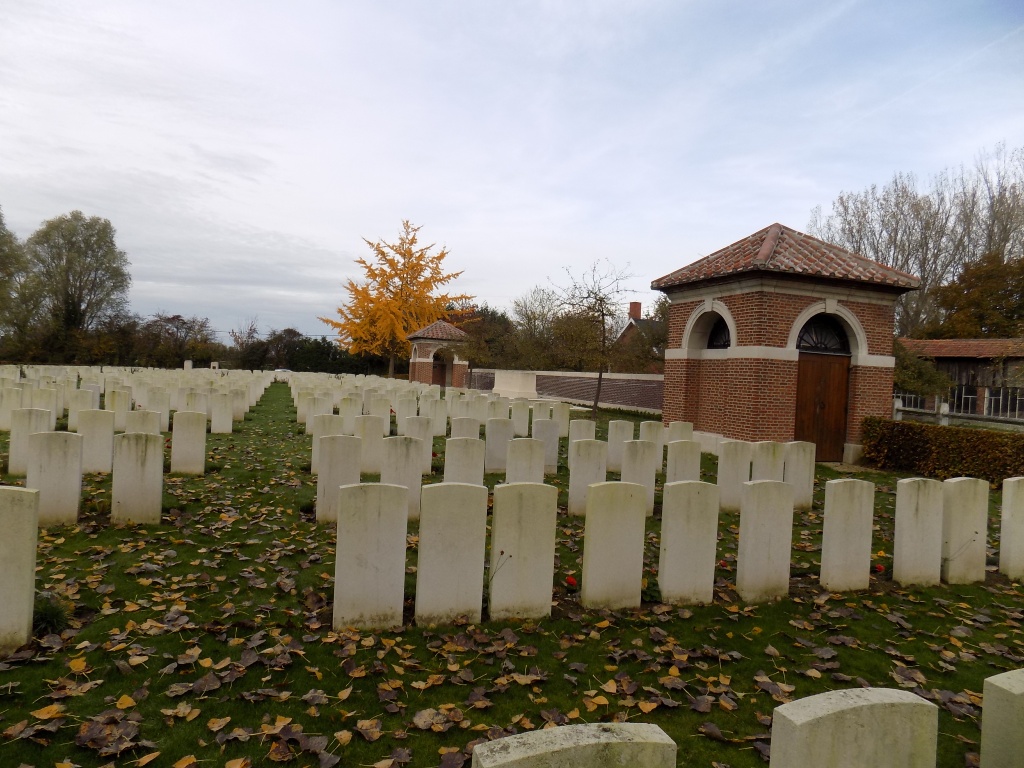 Laventie is a village and commune, in the Department of the Pas-de-Calais, about 11 kilometres south-west of Armentieres. The Graveyard is 3 kilometres south-east of the village on a minor road from Fleurbaix to Couture.

The Rue-du-Bacquerot runs South-East of Laventie, towards Fleurbaix; and the position of the road behind the British front line, during the greater part of the war, made it the natural line of a number of small British cemeteries. One of these was begun in November 1914, and used, at first, particularly by the 1st Royal Irish Rifles. The Royal Irish Rifles Graveyard, was carried on by fighting units until July 1916; and these original burials are now in Plots I and II. It was increased after the Armistice by the concentration of graves (chiefly of 1914-15 and 1918) from the battlefields East of Estaires and Bethune and from certain smaller cemeteries, including:- LAVENTIE SOUTH GERMAN CEMETERY, which was on the road to La Flinque and contained 3 U.K. of April 1918. RUE-DU-BACQUEROT (WANGERIE POST) NEW MILITARY CEMETERY, LAVENTIE, which was close to the hamlet of Wangerie and contained 22 U.K. of 1915. SAILLY-SUR-LA-LYS GERMAN CEMETERY, which was near the road to Bac-St. Maur and contained 8 U.K. of April 1918. WINCHESTER ROAD CEMETERY, LAVENTIE, was a little West of Chapigny Farm and contained 18 U.K. (Royal Scots Fusiliers and Connaught Rangers) of 1914-15. There are now over 800, 1914-18 war casualties commemorated in this site. Of these, nearly 350 are unidentified and special memorials are erected to three soldiers from the United Kingdom known to be buried among them. Other special memorials record the names of two soldiers from the United Kingdom, buried in Laventie South German Cemetery, whose graves could not be found. The Graveyard covers an area of 2,872 square metres.