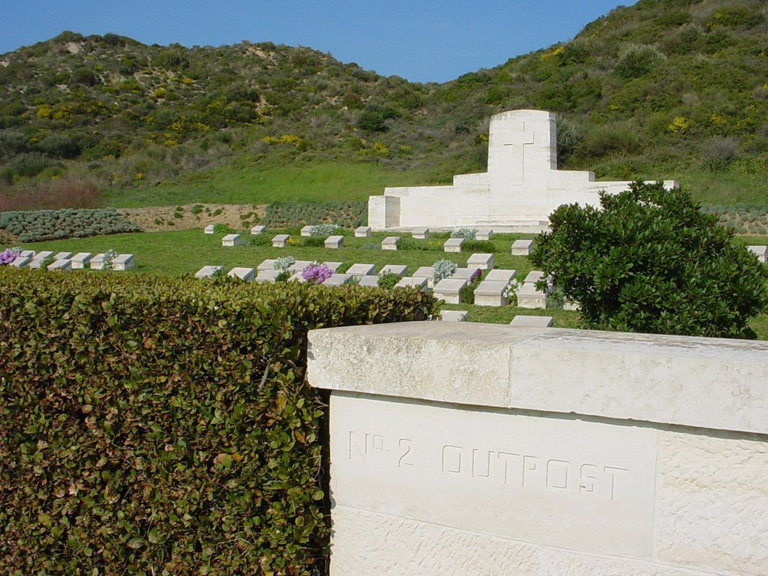 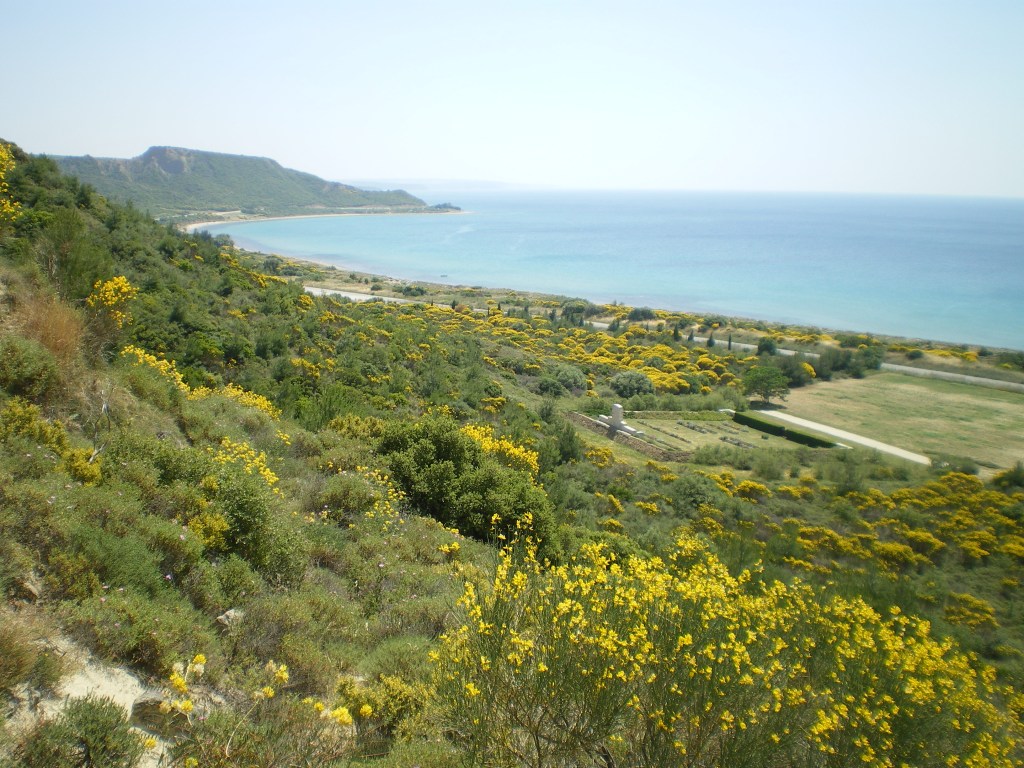 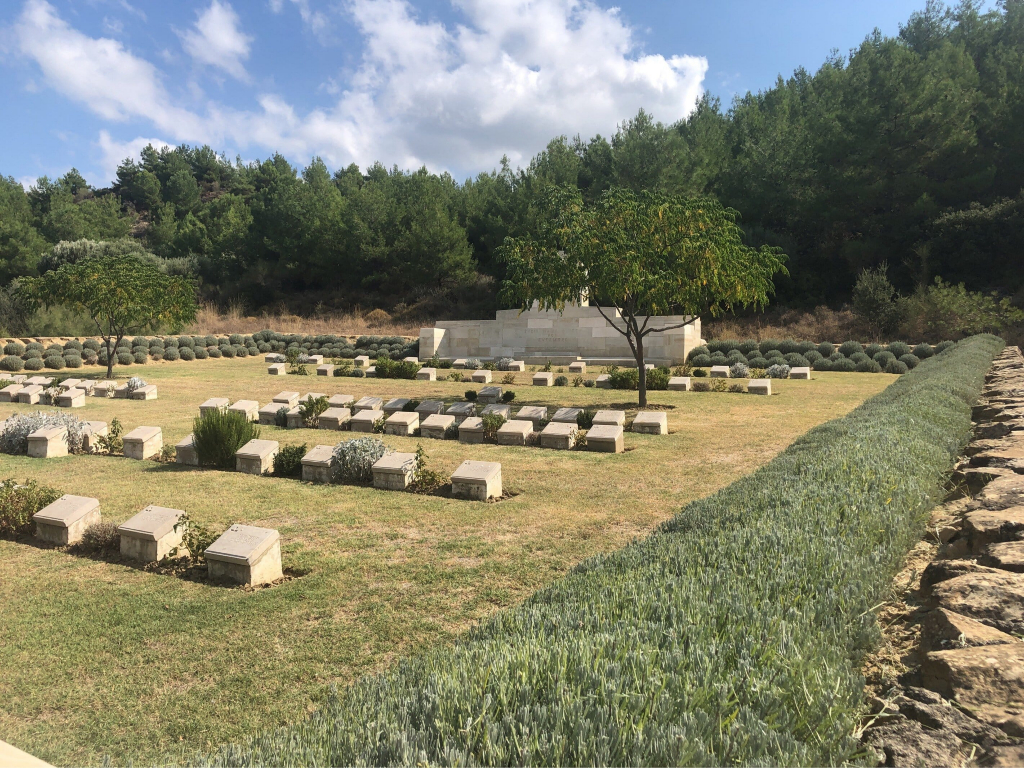 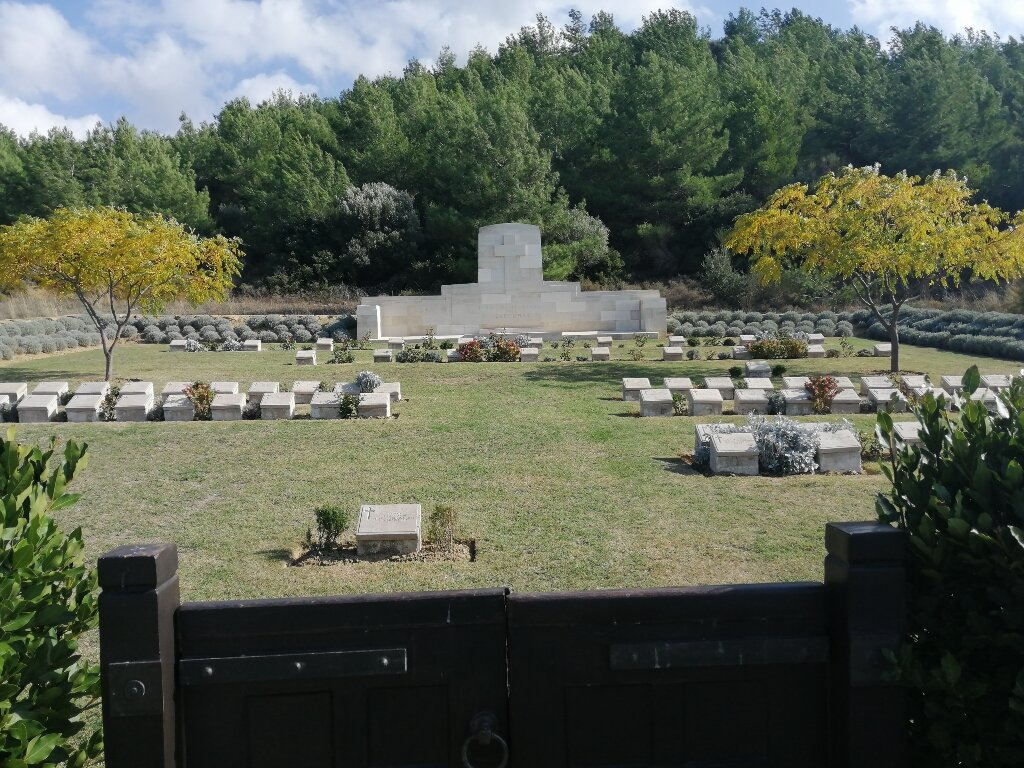 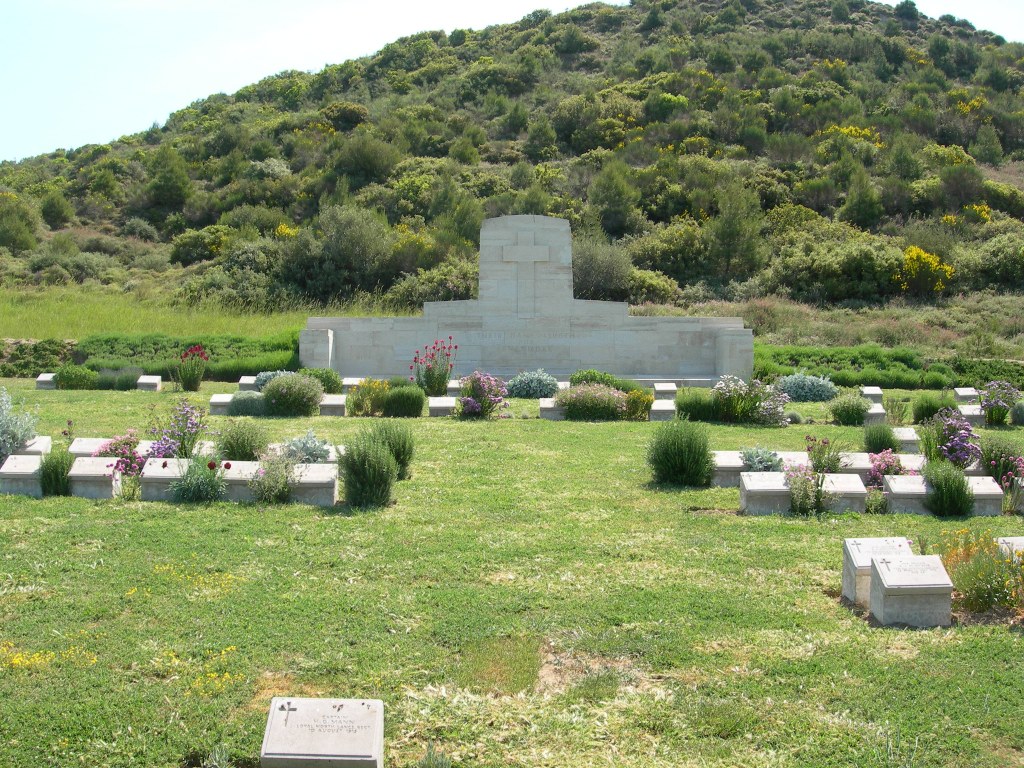 The Anzac and Suvla cemeteries are first signposted from the left hand junction of the Eceabat - Bigali road. From this junction you should travel into the main Anzac area. At 12.6 kms you will encounter a track on the right leading to the cemetery. This is a amall cemetery within 100 metres of New Zealand No.2 Outpost Cemetery

The Cemetery is permanently open and may be visited at any time. Wheelchair access possible via main entrance.

No.1 and 2 Outposts were made by Nelson Company of the Canterbury Infantry Battalion on 30 April, for the burial of some of those killed when the 7th and 12th Australian Infantry Battalions landed nearby on 25 April. No.2 Post was the scene of heavy fighting at the end of May and it was one of the starting points for the Battle of Sari Bair. It contained the best well in Anzac and the 16th Casualty Clearing Station and the New Zealand Dental Corps clinic were established close by.

No.2 Outpost Cemetery was made during the occupation and in it, 152 Commonwealth servicemen of the First World War are buried or commemorated. 66 of the burials are unidentified and special memorials commemorate 48 casualties known or believed to be buried among them.