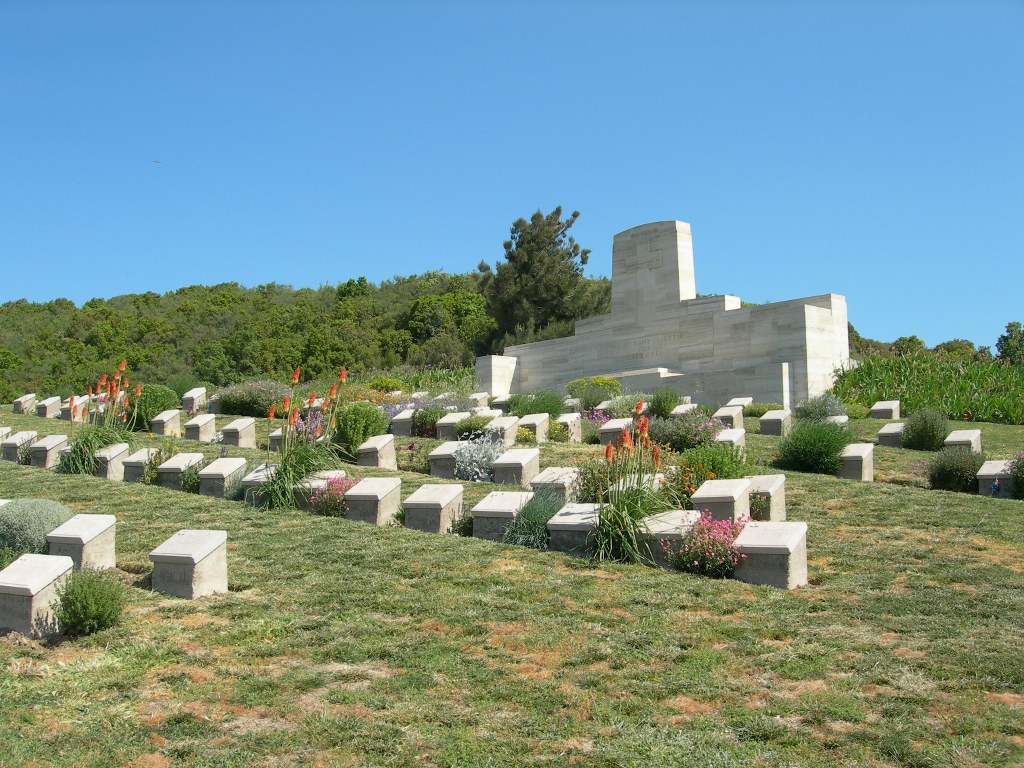 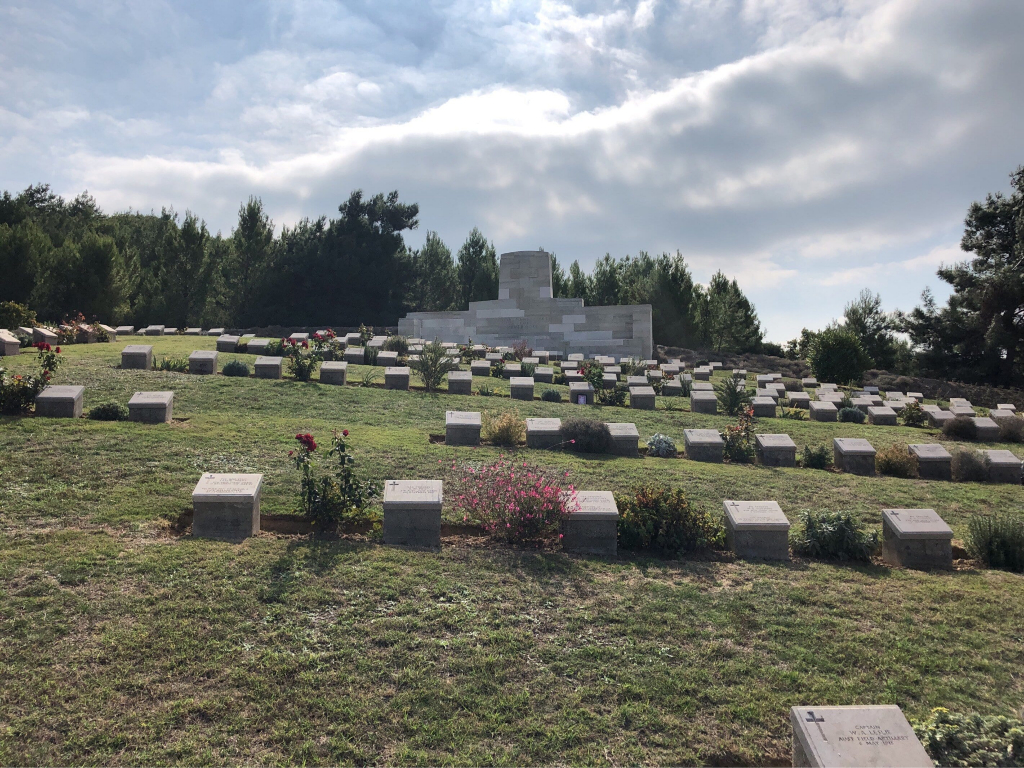 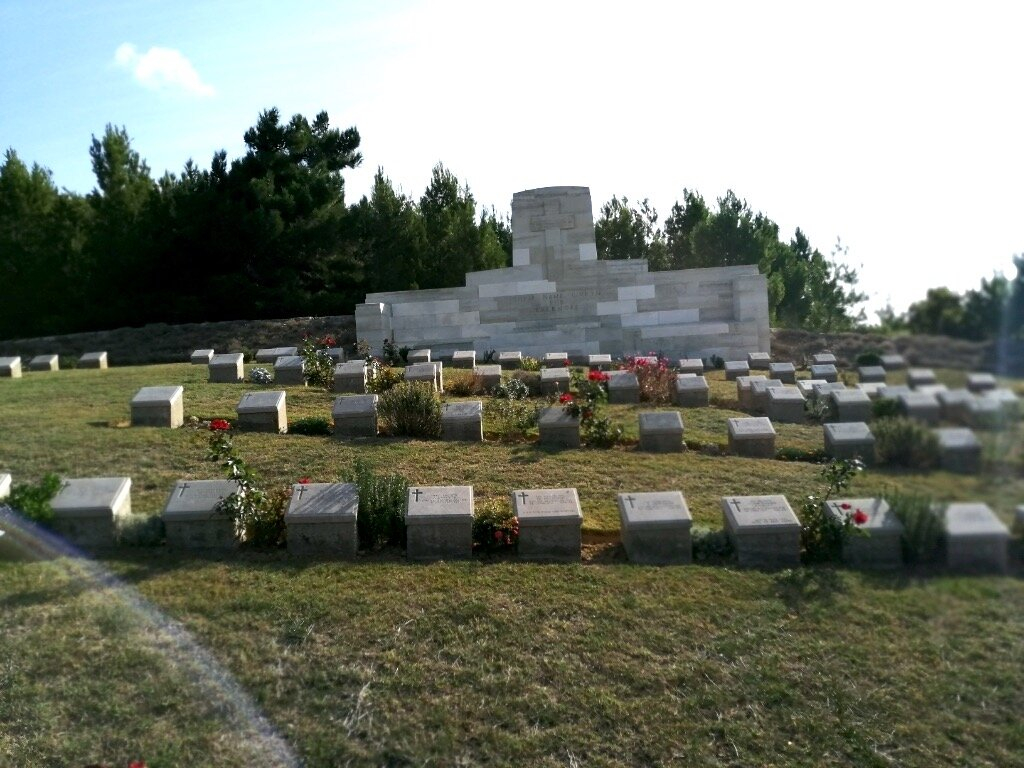 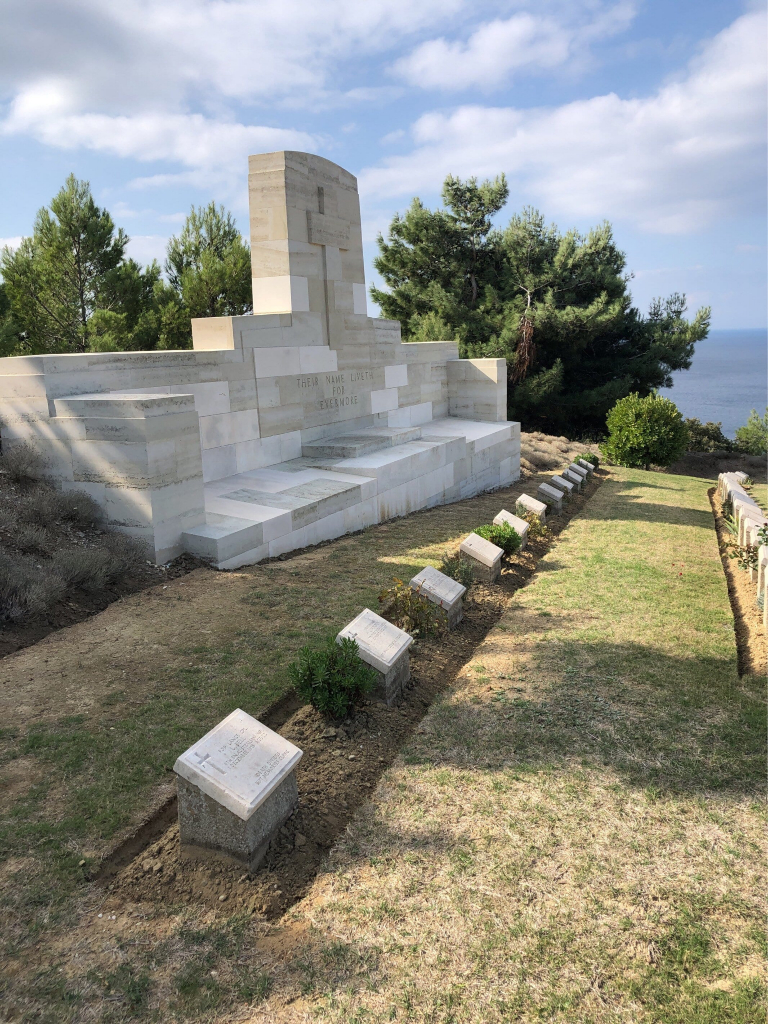 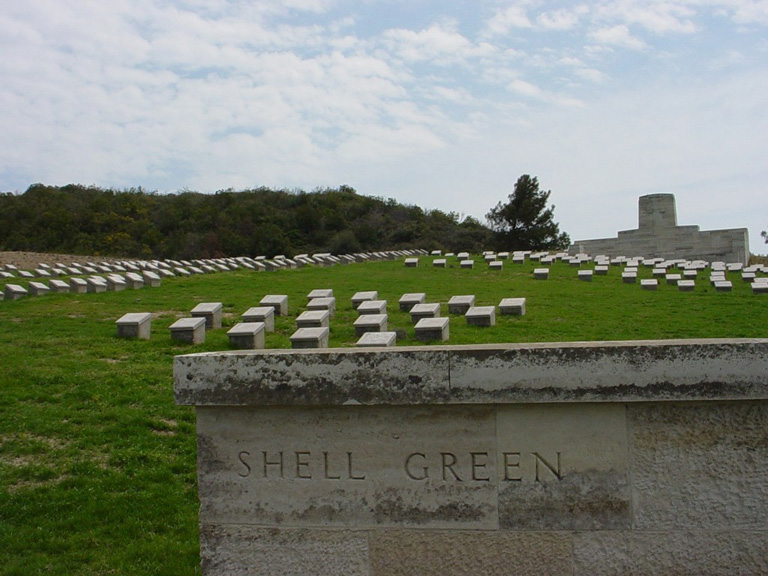 The Anzac and Suvla cemeteries are first signposted from the left hand junction of the Eceabat - Bigali Road. From this junction you travel into the main Anzac area. After 9.4 km's you will encounter a right turn onto a rough track 510 metres in length which leads to the cemetery. Shell Green was a sloping cottonfield on the seaward side of Bolton's Ridge. The cemetery is on the edge of a steep slope overlooking the sea.

The Cemetery is permanently open and may be visited at any time. The location of this site makes wheelchair access impossible.

The eight month campaign in Gallipoli was fought by Commonwealth and French forces in an attempt to force Turkey out of the war, to relieve the deadlock of the Western Front in France and Belgium, and to open a supply route to Russia through the Dardanelles and the Black Sea. The Allies landed on the peninsula on 25-26 April 1915; the 29th Division at Cape Helles in the south and the Australian and New Zealand Corps north of Gaba Tepe on the west coast, an area soon known as Anzac. On 6 August, further landings were made at Suvla, just north of Anzac, and the climax of the campaign came in early August when simultaneous assaults were launched on all three fronts. Shell Green was captured, and passed, by the 8th Australian Infantry Battalion on the morning of 25 April, but it remained close to the Turkish line throughout the campaign and was subject to frequent shelling. The cemetery was used from May to December 1915, largely by the Australian Light Horse and the 9th and 11th Infantry Battalions. It was originally two cemeteries a short distance apart, but after the Armistice the two were combined and enlarged when graves were brought in from the battlefields and from the following 4 smaller cemeteries:- ARTILLERY ROAD CEMETERY and ARTILLERY ROAD EAST CEMETERY, contained 21 Australian graves of April and May 1915. These were North-East from Shell Green, between the "Artillery Road," which led up from Shell Green to Brown's Dip, and the front-line trench near the Wheatfield. WRIGHT'S GULLY CEMETERY, was South of Shell Green, near Chatham's Post. It contained the graves of eight men of the 5th Australian Light Horse who fell on 28 June 1915. THE EIGHTH BATTERY CEMETERY, was half-way between Shell Green and Hell Spit, containing the graves of seven men of the 8th Battery, Australian Field Artillery. In addition in March 1927, the graves of 20 sailors and soldiers who died in 1922 and 1923 were removed from Kelia Liman (Kilye Bay), near Maidos, and reburied here betweeen the Artillery Road Plot and Row G of Plot II. The cemetery now contains 409 First World War burials, 11 of them unidentified.